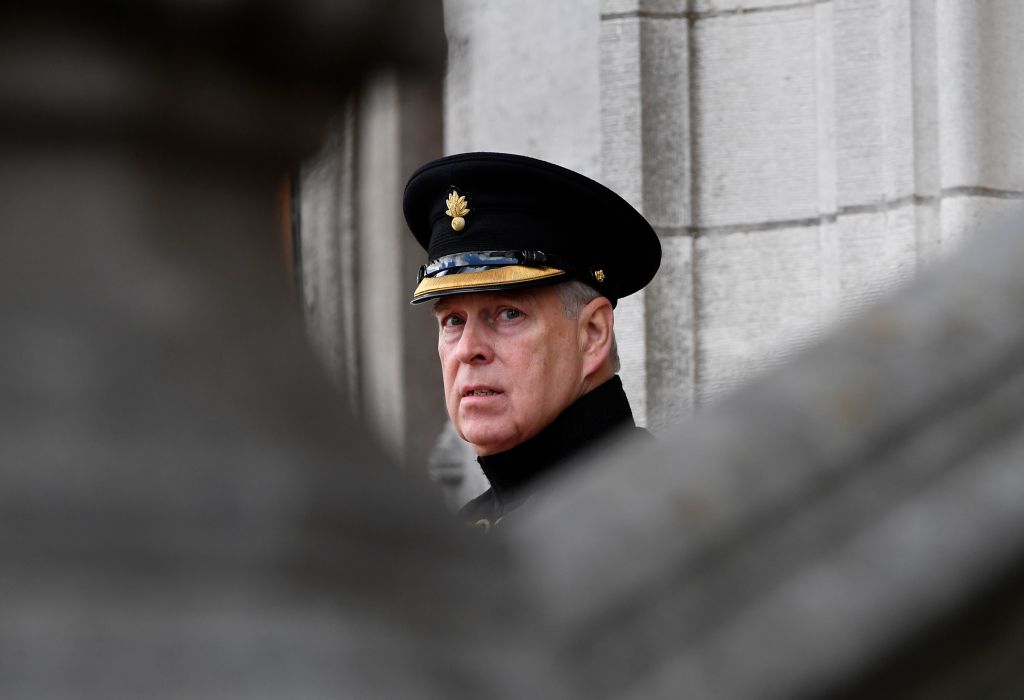 Prince Andrew’s decision to sit down for a “no holds barred” interview with BBC Newsnight about Jeffrey Epstein will likely go down as one of the biggest public relations failures of all time.

The aftershocks of the interview have since reverberated beyond the PR sphere, however, upending Prince Andrew’s role as Buckingham Palace’s connection to the business world.

The Duke of York, 59, agreed to meet with anchor Emily Maitlis at Buckingham Palace on November 14, in hopes of clearing the air about his ties to disgraced financier and alleged sex trafficker Jeffrey Epstein, as well as the allegations of Virginia Giuffre, who claims she was forced to have sex with the royal three times between 1999 and 2002. The prince denies Giuffre’s accusations.

Whatever hopes the prince may have had about dispelling the cloud of ignominy hovering above him quickly faded, since he not only failed to show empathy towards Epstein’s victims during the interview, but even described his relationship with the 66-year-old millionaire, who died by apparent suicide in a New York City jail in August, as “actually very useful.”

“On balance, could I have avoided ever meeting him? Probably not,” the prince said during the bombshell exchange. “Do I regret the fact that he has quite obviously conducted himself in a manner unbecoming? Yes.”

The fallout was spectacular. Within 24 hours, the duke’s carefully cultivated image as the business-focused face of the British royal family started to fall apart amid mass criticism and negative newspaper headlines.

“For 25 years or more now the royals have sort of divvied up areas of interest,” said Stephen Bates, author of the book Royalty Inc. “Andrew had this sort of self-designated role of being the royal with the finger on the pulse of business… His entire raison d’être was as a sort of royal patron of business—the royal with the links and ear closest to the ground with corporations.”

But the interview turned that public persona on its head.

No one wants to be tied to someone who’s an alleged pedophile, says PR executive Mark Borkowski, who’s worked with the likes of Led Zeppelin, Prince, and Luciano Pavarotti via his London-based agency, Borkowski. “No one wants to be associated with negativity. The dominos fell and there was no way of pulling them back up. It was like watching a man drown in his own hubris.”

The Prince of business

Prince Andrew’s first venture into the business world came through working as Britain’s “special representative” for Trade and Investment from 2001 to 2011, which saw him criss-cross the globe to promote U.K. business interests on behalf of the governments of Prime Ministers Tony Blair, Gordon Brown and David Cameron.

Following his decision to step down in July 2011—in part because of initial revelations about his links to Epstein—the duke switched his focus to business ventures within the U.K. Most notably, he launched the networking initiative Pitch@Palace, which provides a pathway for budding entrepreneurs to meet seasoned mentors.

Despite hosting events within the silk-lined walls of Buckingham Palace and nearby St. James’ Palace, Pitch@Palace was considered a venture of private industry—as opposed to a royal or civic one—and has fostered business worth over £1.3 billion ($1.7 billion) since its launch in 2014, according to the Pitch@Palace website. The ‘private’ status of the initiative means the prince couldn’t dip into the royal coffers for its funding but rather had to rely on corporate sponsorship.

This approach extends across the Royal Family, which has a long-standing interest in the business world for the simple reason that it enables them to find sponsors for initiatives such as Prince Harry’s Invictus Games or The Prince’s Trust run by his father, Prince Charles. Such arrangements guard against the royals using public funds allocated to them through the Queen’s ‘Sovereign Grant’—currently £49.4 million per year—for their own ends.

For business, the attraction of Prince Andrew’s project was obvious: A prince with a direct line to Buckingham Palace, plus the PR benefits of being closely associated with the legendary House of Windsor. Firms poured money into the venture as a result. In one example, The Times of London reports that accounting giant KPMG has spent almost £250,000 ($322,000) supporting Pitch@Palace’s events since 2014.

Now, however, in the aftermath of Prince Andrew’s BBC nightmare, it became obvious just how much of that corporate support depended on the good name of the duke and the palace.

“Businesses are not doing it for the good of their health,” said Bates. “They are doing it because the royal link is seen as advantageous.” The decision of whether to stick with the project after the BBC interview was a “hard-headed” one, Bates said, “—that Andrew loses.”

Stampede for the doors

Just three days after the interview aired, backers including KPMG, AstraZeneca, Standard Chartered and Inmarsat all publicly indicated they were looking to loosen their ties with Pitch@Palace; in the case of KPMG and AstraZeneca, sources with knowledge of the decisions told Fortune that they were prompted by Prince Andrew’s links to Epstein.

“Our three-year partnership with Pitch@Palace is due to expire at the end of this year and is currently being reviewed,” AstraZeneca said in a statement Tuesday.

The worst of the blowback arguably came on Wednesday, when phone network and broadband provider British Telecom (BT) announced that it was also withdrawing its support—this time for The Duke of York Inspiring Digital Enterprise Award (iDEA), which helps high school graduates develop digital skills and was previously viewed as “a natural partner” for BT, according to a company statement.

In a withering aside, BT added that it was reviewing its relationship with iDEA “in light of recent developments,” but “might be able to work further with them, in the event of a change in their patronage.” Or put another way: without Prince Andrew.

By Wednesday afternoon, the trickle of firms deserting the duke showed signs of turning into a flood, with at least 15 of Prince Andrew’s corporate backers and charitable interests—Advertising Week, Gravity Road, the University of Wollongong in Australia and the National Society for the Prevention of Cruelty to Children, to name a few—all publicly indicated that they were re-evaluating their ties, threatening the state of Prince Andrew’s private and—crucially—royal roles.

Buckingham Palace was swift to act.

“It has become clear to me over the last few days that the circumstances relating to my former association with Jeffrey Epstein has become a major disruption to my family’s work and the valuable work going on in the many organisations and charities that I am proud to support,” Prince Andrew said in an unprecedented statement, released Wednesday evening.

“Therefore, I have asked Her Majesty if I may step back from public duties for the foreseeable future, and she has given her permission,” he said.

In a sign of contrition that was entirely missing from the BBC interview, he added that he continued to “unequivocally regret” his association with Epstein, which dates back to 1999 and continued long after the financier was sentenced for procuring a minor for prostitution in June 2008.

“His suicide has left many unanswered questions, particularly for his victims, and I deeply sympathize with everyone who has been affected and wants some form of closure,” added the duke. “I can only hope that, in time, they will be able to rebuild their lives.”

In a nod to the allegations of a Giuffre—who claims they had sex when she was just 17—he added: “Of course, I am willing to help any appropriate law enforcement agency with their investigations, if required.”

For Prince Andrew, the future is now highly uncertain. A Buckingham Palace spokesperson said the duke will continue to work on Pitch@Palace, “and will look at how he takes this forward outside his public duties and outside of Buckingham Palace.”

“We recognize there will be a period of time while this transition takes place,” the spokesperson said.

For the project’s corporate backers, however, the situation was clear from the moment his sit-down with BBC aired, and their blowback confirmed that the prince’s enormous missteps carried more weight than the average tabloid fodder.

“A prince with access to Buckingham Palace is one thing,” said Royalty Inc. author Bates. A prince with links to an alleged sex trafficker—and a prince who appears reticent to wholeheartedly condemn such behavior—is another.

—China has always trailed the U.S. in chipmaking. In the trade war era, will it catch up?
—Senate passed 2 bills supporting Hong Kong protesters that might do more harm than good
—The trade war cost U.S. farmers their China market. A deal might not bring it back
—Why Mercedes’s self-driving trucks are set to overtake its robotaxis
Catch up with Data Sheet, Fortune’s daily digest on the business of tech.