To Be Taken Seriously, Should Women Try to Sound More ‘Male’? 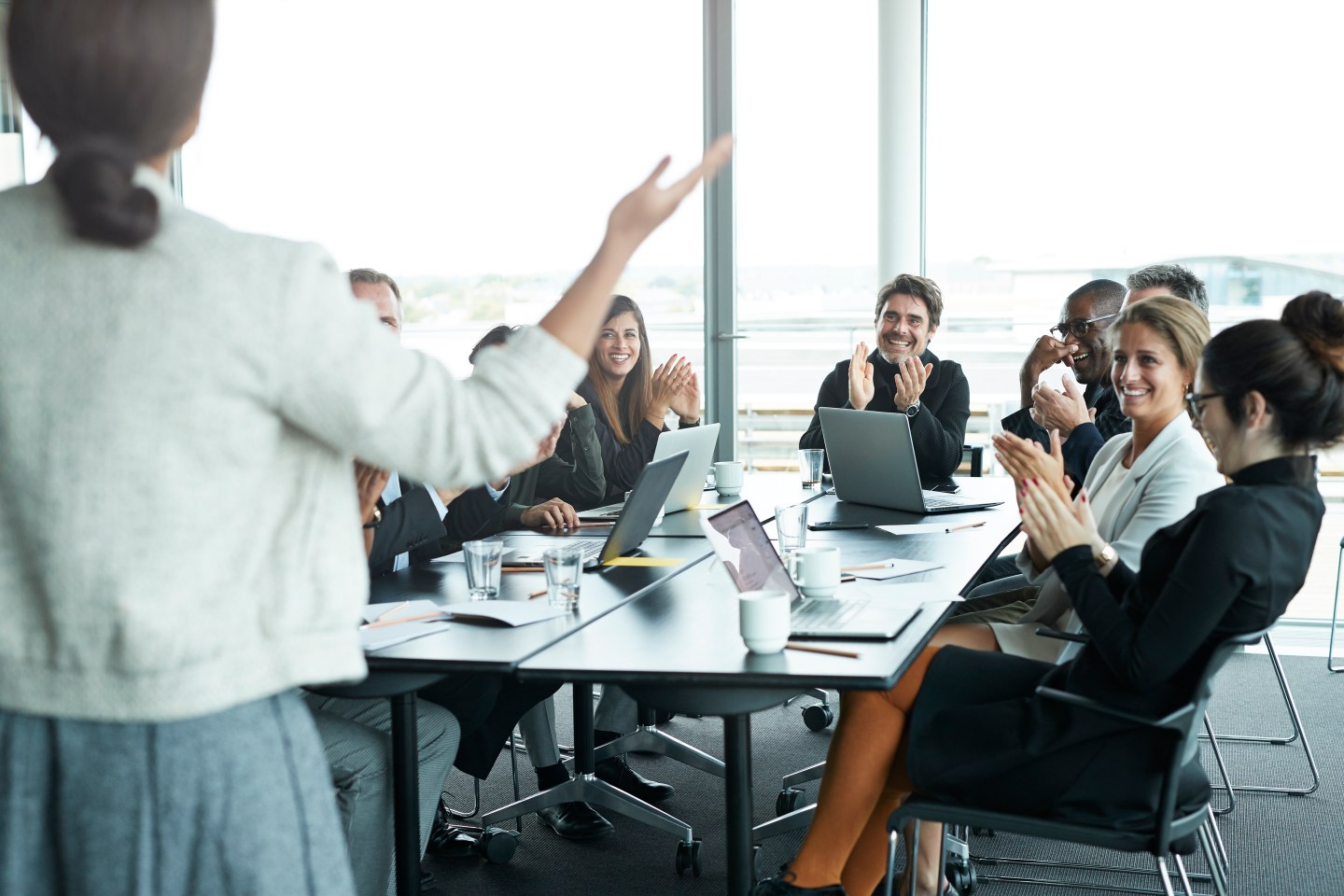 - High and mighty. While the still-massive field of candidates and monthly format seems to have prompted some Americans to adopt a "wake me when over!" attitude to the Democratic debates, last night's event was truly historic—at least from a gender perspective. At the podiums: four female candidates. Asking the questions: an all-female quartet of moderators. That's more women than have ever before shared the presidential debate stage.

For a recap of what happened, read on. But if you're willing to go on a short diversion with me, consider this New York Times piece that asks us to focus on not what those eight women said, but on what Americans may have heard in their voices.

As we all know, speaking while female can be fraught. There are the distinctive speech patterns often associated with young women (think upspeak and vocal fry), as well as the unavoidable biological fact that women of all ages have vocal cords that produce higher pitches than men's. In the NYT story, editor Jessica Bennett digs into the myriad reasons why people tend to associate low voices—i.e. men's voices—with authority, and the many ways women try to adjust the way they speak to accommodate that prejudice.

So, should we embrace those strategies—lower our voices, banish all "girlish" vocal tics, and speak more slowly and carefully in hopes projecting masculine gravitas and avoiding the dreaded "s" word (you guessed it: shrill)? And should we advise the younger women we know and work with to do the same?

Maybe. That seems to be the realpolitik view, since everyone from female newscasters to female presidential contenders are already doing it. But try as we might, more women will never really sound like men. So attempting to mimic them will never really solve the problem—it only passes the buck to the next generation of women. Instead, perhaps it's time to embrace our real voices and challenge the idea that the sound of power and competence only comes in one pitch.

- Debate debrief. With Washington abuzz with impeachment hearings, it was easy to overlook yesterday's Democratic debate. But a few candidates no doubt will be relishing the night, namely Sen. Amy Klobuchar, who was seen as one winner. Politico reports she established herself as the centrist alternative to Joe Biden while deftly critiquing sexism in American politics and "free-car" progressivism.  Politico

- And the nominees are... We have an exciting Grammy Awards ahead! Lizzo is leading the way with eight nominations. Billie Eilish follows with six nominations and is the youngest artist to ever be nominated in all four top categories. Rosalía is the first best new artist nominee whose music is recorded in Spanish. First Lady Michelle Obama is nominated for her first Grammy for recording the audiobook for Becoming. Overall, female artists outperformed their male counterparts across the top four categories. Fortune

- Freeland goes west. Canada's Minister of Foreign Affairs Chrystia Freeland is now the country's deputy prime minister and intergovernmental affairs minister after Prime Minister Justin Trudeau reshuffled his cabinet. The new cabinet is supposed to help ease tensions with Trudeau's party in western Canada—and, some say, set Freeland up for her own run at prime minister. Globe and Mail

- Don't be evil? Google has hired a firm known for its anti-union efforts as the company responds to years of employee activism, including the Google Walkout over sexual harassment at the company (read Beth Kowitt's Fortune feature here). It's a sharp turn for the tech giant once known as the ultimate worker-friendly workplace. New York Times

- Chief Amazon alums. Once upon a time, GE was known as corporate America's CEO factory. Now Amazon is one of the major breeding grounds for chief executives. Laura Orvidas, who ran consumer electronics at the mega-retailer, is now CEO of onXmaps Inc., and Cate Khan, former senior VP for retail at Quidsi, is now the co-founder at Verishop. Both are incorporating Amazonian techniques into their new companies. Wall Street Journal

- The real Out 100. A new project from Out magazine—part of the usual Out 100 honoring 100 LGBTQ icons—will honor the lives of trans women of color who were victims of violence this year. It kicks off with a piece about the life of Layleen Cubilette-Polanco, whose death at Rikers Island spurred many to action. Out

- Early retirement. Prince Andrew will "step back from royal duties for the foreseeable future" in the aftermath of his disastrous interview about his relationship with Jeffrey Epstein. In his statement, the prince said he unequivocally regretted his "ill-judged association" with Epstein—something he didn't say in the interview. BBC

- Trip to The Hague. Aung Sang Suu Kyi will lead a delegation to the International Court of Justice in The Hague next month, where the state counsellor will try to defend Myanmar from allegations of genocide against the Rohingya people. Guardian

The most useful app is Find My Friends The Atlantic

"If I’m shinin', everybody gonna shine."