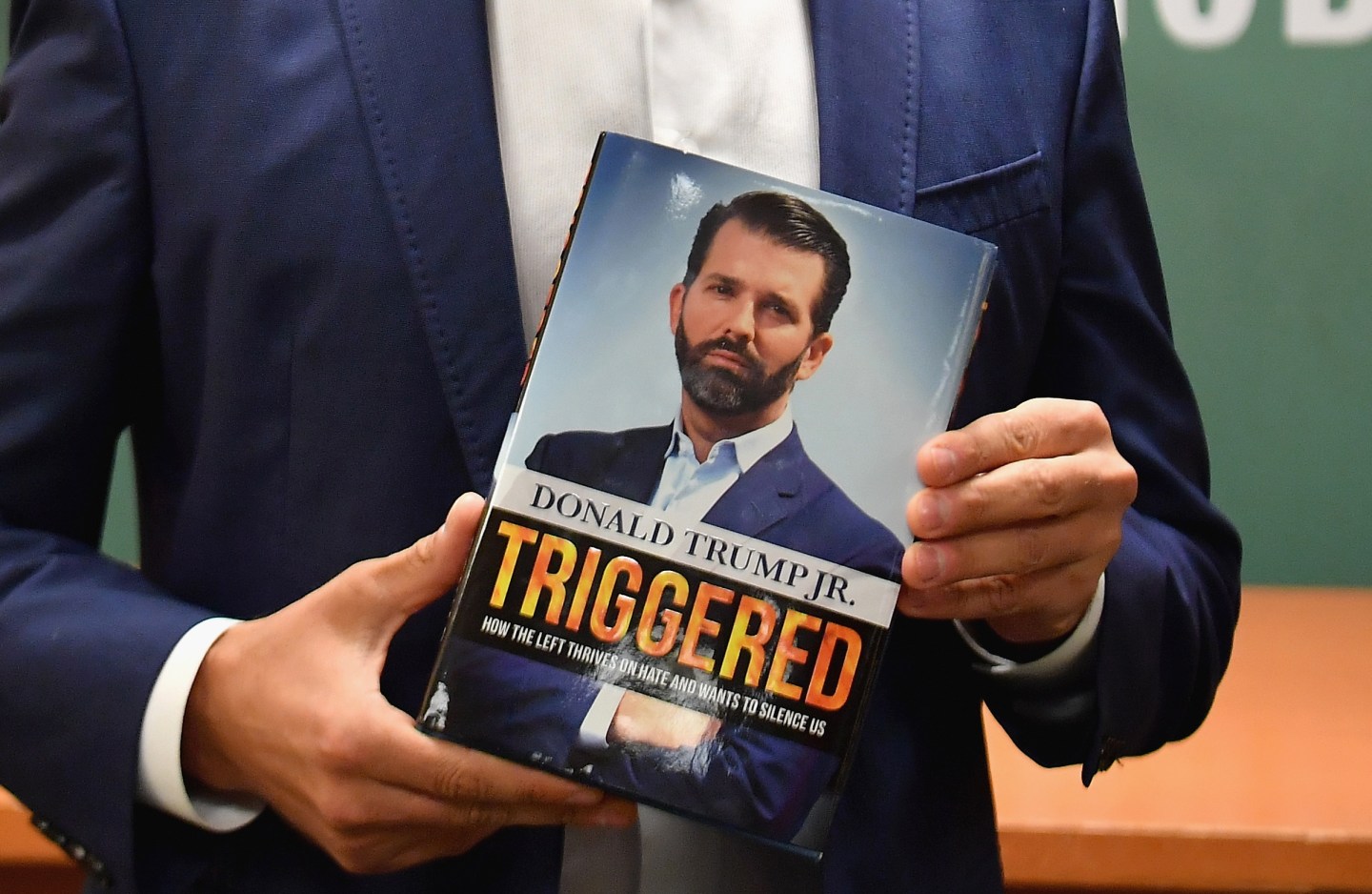 Donald Trump Jr. wasted no time bragging about his book Triggered topping the New York Times Best Sellers non-fiction list, but the book’s ranking on other influential lists isn’t quite as strong.

Triggered, as of Thursday morning, ranked fourth on Amazon’s bestseller list and is third on the site’s list of “Hot New Releases.” Meanwhile, it was all the way down at #44 in Barnes & Noble’s Top 100 list (bested by everything from Greta Thunberg’s No One Is Too Small to Make a Difference to Publication Manual of the American Psychological Association / Edition 7).

(Note: The Times list is based on sales the previous week, whereas Amazon and Barnes & Nobles use real time data.)

The New York Times ranking has stirred some debate online, as it was accompanied by a “dagger” at the end, indicating a bulk purchase. In its methodology, the Times writes, “Institutional, special interest, group or bulk purchases, if and when they are included, are at the discretion of The New York Times Best-Seller List Desk editors based on standards for inclusion that encompass proprietary vetting and audit protocols, corroborative reporting and other statistical determinations. When included, such bulk purchases appear with a dagger (†).”

Bulk orders aren’t uncommon in the book industry, though. The Times told Fortune that the dagger mark “regularly occur[s] on our hardcover nonfiction, advice and monthly business best-seller lists.”

Zeke Miller, White House correspondent for the Associated Press, had previously posted an email sent out by the Republican National Committee offering “hand-signed” copies of Trump Jr.‘s book to anyone who made a donation of $50 or more.