Retail Conference Shoptalk to Have Only Women Speakers in 2020 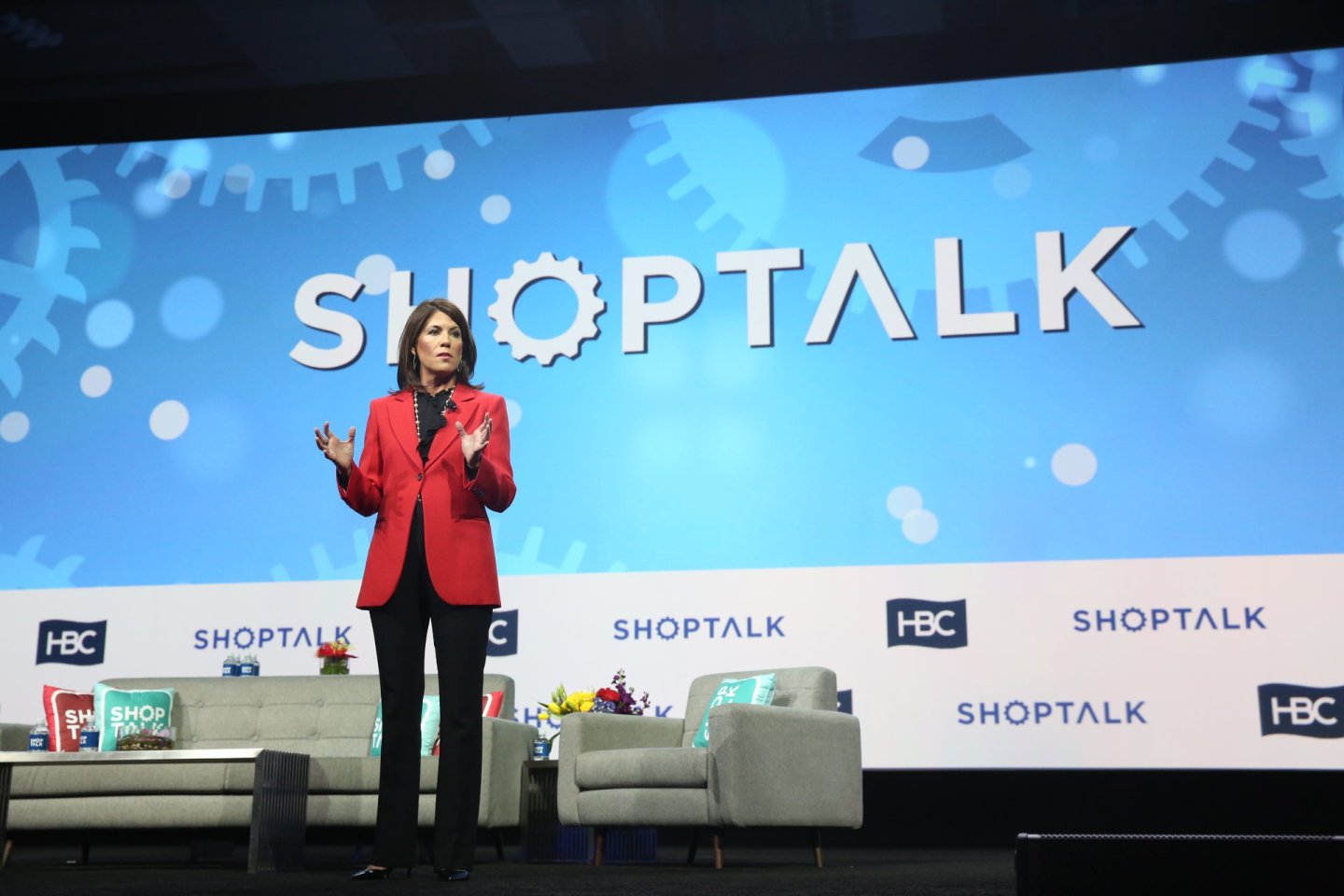 Shoptalk said on Wednesday that its 2020 retail conference in Las Vegas would feature exclusively female speakers in a one-off move the organizer said was meant to address the paucity of women in top roles in corporate America.

The well regarded annual conference, which is scheduled for March 22-25, launched in 2016 and attracted 8,000 people in 2019. The event’s organizer says the all-female format will be replaced by a 50-50 gender breakdown starting in 2021. A third of the speakers at its March 2019 conference were women.

“This is not a long-term plan to be 100% women, but to move the needle we really do need to take this quite bold step,” Zia Daniell Wigder, Shoptalk’s chief global content officer, tells Fortune.

Top conferences across industries, notably tech, have long been criticized for skewing heavily toward male panelists. One analysis last year found that men made up 68% of speakers at conferences, trade shows, and other such events. Several groups, including Change the Ratio and GenderAvenger, have emerged in recent years to tackle what some have dubbed the “manel” problem in tech and other industries, pressuring conference organizers to have more women on panels. (Fortune has improved the gender ratio at the events it hosts each year but has not yet reached parity at all of them.)

Women are better represented in the C-suites of retail than in most other industries. But with just 36 women at helm of a Fortune 500 company (that elite group includes the CEOs of Best Buy, Kohl’s, Ulta Beauty, and J.C. Penney), Shoptalk wants to its approach to send a message beyond the world of retail.

Shoptalk’s move has meant that 60 male speakers who had already been booked were asked to give their spot to a female colleague, something Wigder says has not been a problem so far.

Shoptalk attracts key movers and shakers in the retail industry because it features keynotes from many CEOs of top companies such as Target, Gap Inc, Ulta Beauty, and Macy’s, as well as breakout sessions with top ranking executives. But Wigder dismissed the notion that eliminating male CEOs—and therefore having fewer CEO speakers overall—would hurt the caliber of the conference. She says that other top executives, like marketing or operations chiefs, would provide their own value. “What we will have are different perspectives,” says Wigder.

As for the question of whether the move could prize one type of diversity over another by excluding speakers who are, for instance, black men or gay men, Wigder said the roster would aim to achieve diversity beyond gender by including women of color and LGBTQI women.

Even if the women-only approach turns out to ruffle feathers, she said she doesn’t think it will hurt the 2020 conference’s attendance. “Some people won’t be happy with the move but we think that overall it’s an important thing for us to do and it’s absolutely essential for the industry,” she says.