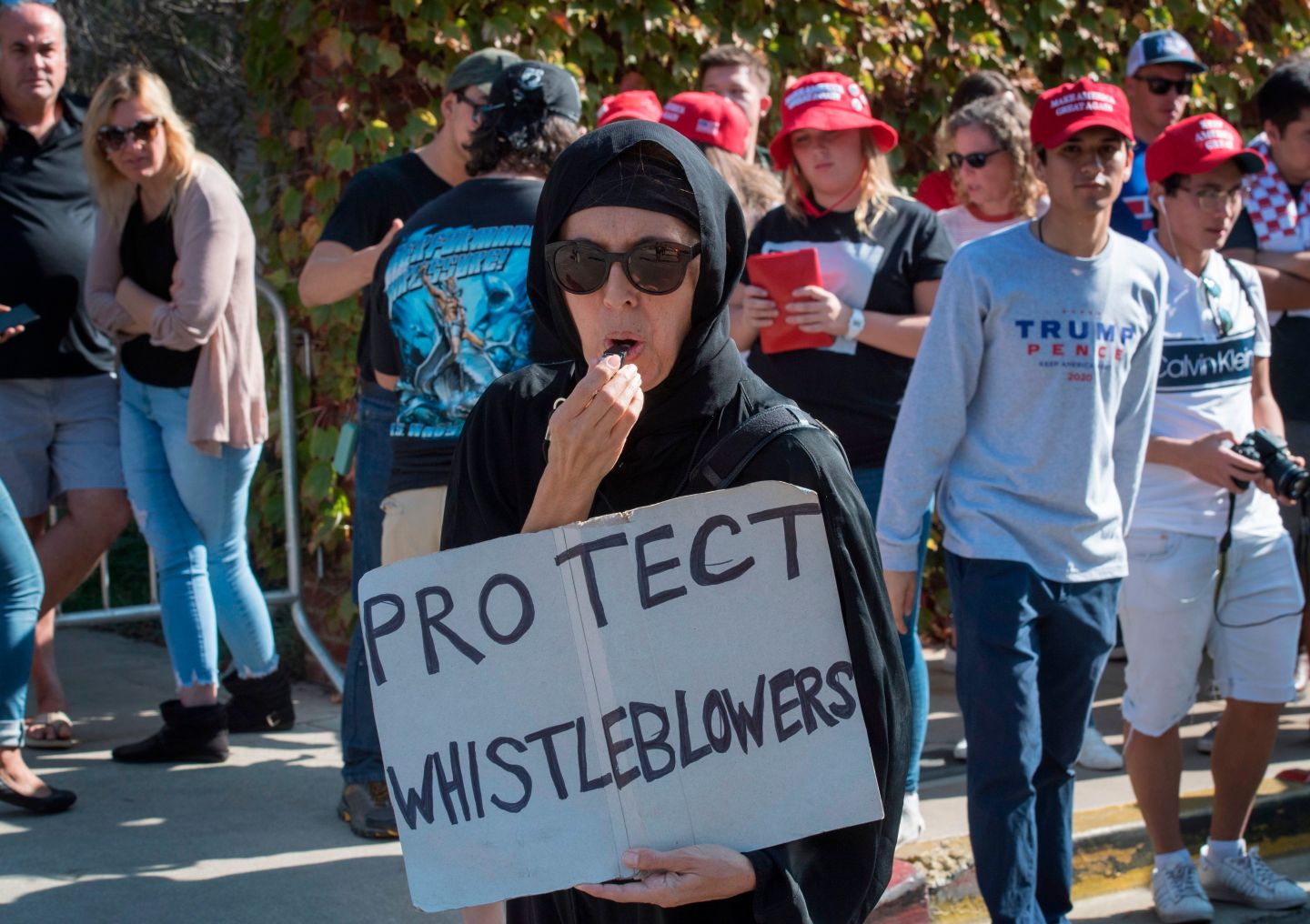 Facebook Inc. was accused in a lawsuit of censorship by a user who says the company hasn’t explained to him why it deleted three of his posts that named “the alleged Ukraine whistle-blower” who kicked off the presidential impeachment inquiry.

Connecticut law school student Cameron Atkinson says he wanted to test whether the social network was blocking posts that mentioned the identity ascribed to the whistle-blower by conservative media outlets. So he called the whistle-blower a “hero” in one post and a “dirty rat” in another — and said in a third post that he has “conflicting thoughts” about naming the person publicly. All three posts were removed within hours, according to the complaint filed Tuesday in federal court.

Congressional investigators have kept the whistle-blower’s name secret, voicing concerns about the person’s safety if it were made public. Mainstream media organizations have cited the same rationale for not publicizing the person’s identity.

“Any mention of the potential whistle-blower’s name violates our coordinating harm policy, which prohibits content ’outing of witness, informant, or activist,”’ Facebook said in a statement. “We are removing any and all mentions of the potential whistle-blower’s name and will revisit this decision should their name be widely published in the media or used by public figures in debate.”

Atkinson claims Facebook Chief Executive Mark Zuckerberg “harbors political ambitions” and his censorship of concerned citizens “is intentional and is inspired by ill-will, malice, and a desire to deflect attention from himself and Facebook’s practice of surreptitiously mining data for profit from consumers who believe they are receiving a free service devoted primarily to their welfare.”