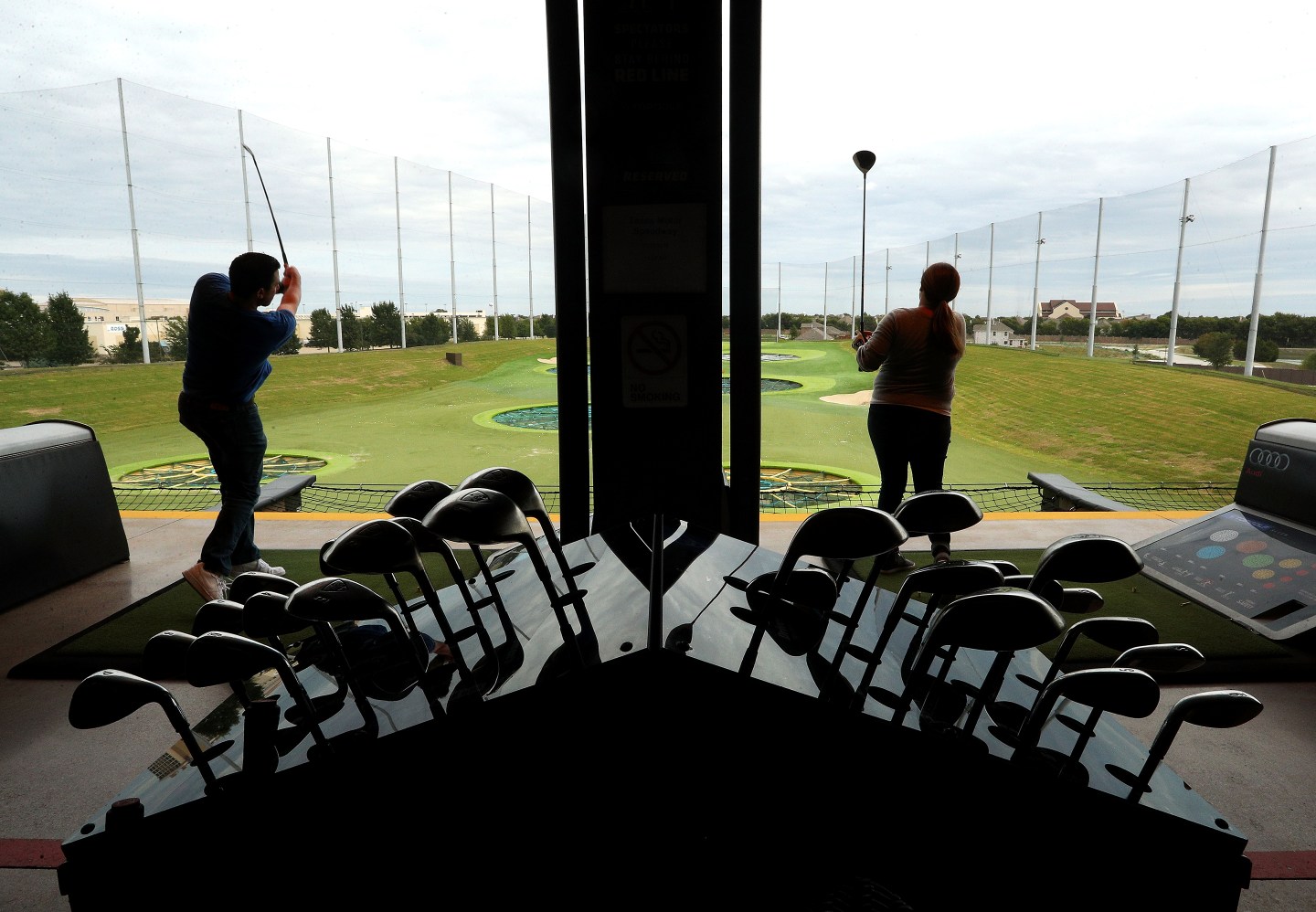 Dallas-based Topgolf, whose locations combine futuristic driving ranges and microchipped golf balls with music, cocktails, and chef-driven menus, says under the agreement SEAL will own and operate each of the new venues.

Topgolf currently has 53 venues in the United States, one in Australia and three in the United Kingdom, where its first location opened in 2000. Berle said the company foresees owning and operating as many as 130 U.S. venues and partnering with franchise operators to open more than 200 additional venues in the U.K.,Mexico, Canada, Dubai, Central Europe, and the Far East.

“We have several years of growth ahead of us in terms of opportunities for venues in the United States,” Berle said. “But we’ve done a fairly thorough analysis of cities across the world in which a Topgolf venue could be successful, and we realized there’s twice the opportunity internationally than exists domestically.”

Privately held Topgolf says that SEAL’s management team has experience developing hospitality and food and beverage brands in the Far East, including Starbucks and Domino’s Pizza, and that its franchise leaders are now “in active pursuit of premier destinations” in the Phillippines and Greater China. SEAL is looking initially in larger cities, Berle says, and its first venue could open as soon as 2021.

But, China has had a checkered history with golf. While the People’s Republic founding father Mao Zedong outlawed golf in 1949 as a symbol of elitism, the game was promoted in the 1980s by Deng Xiaoping. The government banned golf-course development in 2004 and launched a new crackdown two years ago under President Xi Jinping, shutting 111 courses. The state-run news agency Xinhua, which put the number of China golf courses in 2017 at 683, said in a July report that a total of 127 courses had been closed between 2011 and 2018 in an effort to conserve land and water.

“The signals in China are mixed” for golf, global golf-course analyst J.J. Keegan earlier told Fortune. “What I do know is that courses we visited for example in Shanghai in May are doing very well. … [But] there’s clearly a direction from the Chinese government in terms of a moratorium on golf courses,” he added, and that’s created opportunity for traditional golf operators in other countries like Vietnam.

That history doesn’t seem to bother Berle. “What we understand is that there’s a huge appetite for socializing with other people and going out as families and as members of company teams, and that’s really what we’re focused on” in China, he said. Nor was the current U.S.-China trade war a concern, he added: “We’ve been working on finding the right partner in China for several years, and the nature of our deal is a multi-decade partnership. We try to be aware of local and recent news, but our dedication is to … providing a great experience to people wherever they are at a Topgolf, and we’re focused on the long game.”

The company, which has 20,000 employees and says it hosts 22 million guests annually, has been funded to date mainly by private investors including Callaway Golf Co., Dundon Capital Partners, Providence Equity Partners and WestRiver Group. But on October 8, Reuters reported that Topgolf International Inc. was seeking underwriting pitches from investment banks for an initial public offering next year. In an October interview with Fortune, Raymond James analyst Joseph Altobello, who covers Callaway, put Topgolf’s value at about $2.6 billion, while Susan Anderson of B. Riley FBR said the company could be worth more than $3.3 billion.

“That was at the time speculation and rumor. We didn’t put that out,” Berle said of the IPO reports. “What I’d say is, we are always looking for ways to responsibly capitalize the company. So we, then and now, are looking for ways to raise growth capital to the point where we would ultimately be self-funding, which is a few years away still. … We’ll just continue to look at both private and public options as we go down that path.”

—“Secret” recession signs may provide clues to when the next downturn is coming
—Why shareholders are bailing on Uber
—SoftBank Group writes down $9.2 Billion on WeWork
—#MeToo pushes CEO firings to a 15-year high
—A.I. vs. the wolves of Wall Street
Don’t miss the daily Term Sheet, Fortune’s newsletter on deals and dealmakers.