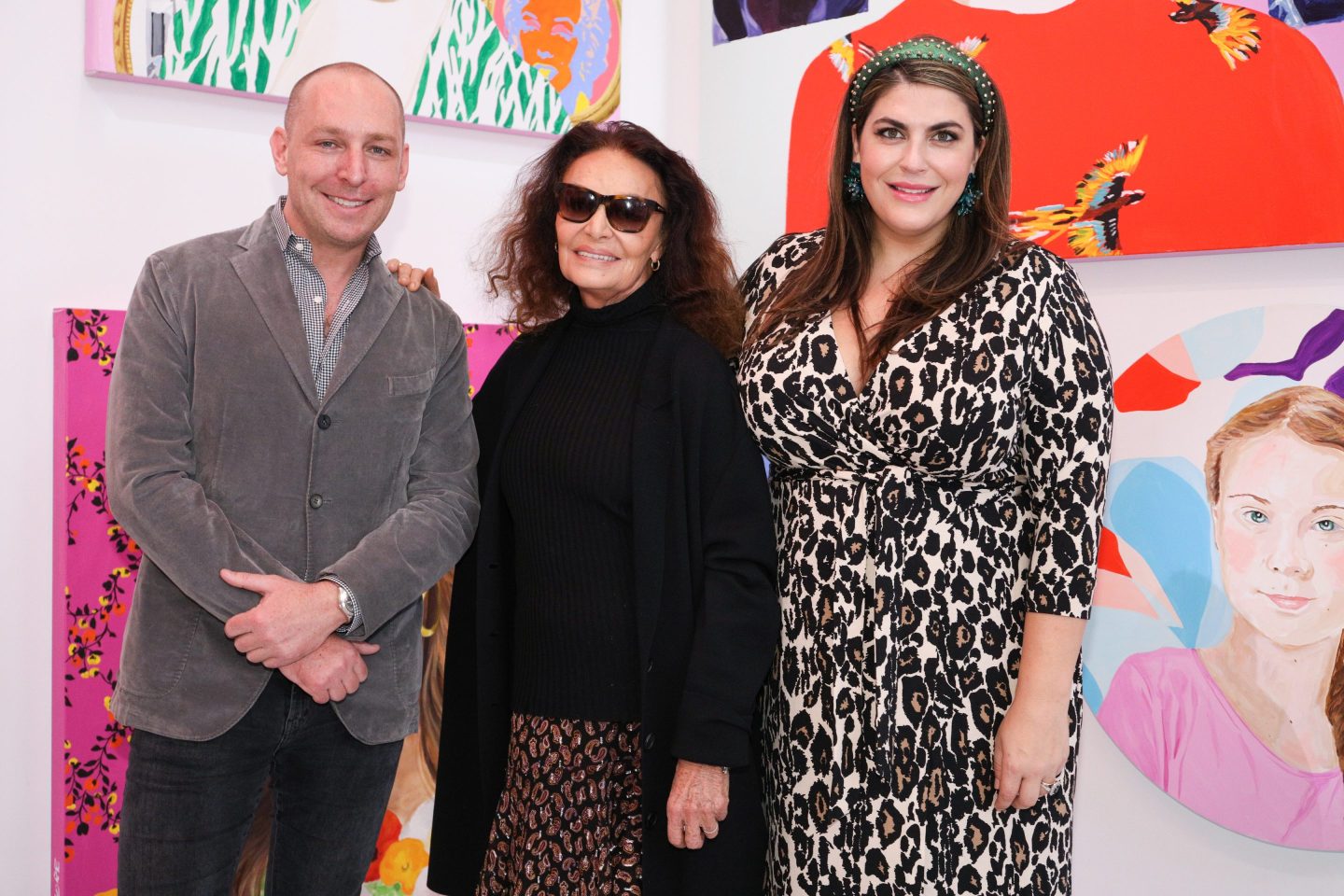 It took cult fashion blog Man Repeller profiling Katie Sturino, founder of Megababe beauty products, for the body-positivity influencer to finally see that when it came to finding clothes that fit, her size was not the problem—the fashion industry was the problem.

“I was reading the comments on it and women were saying how nice it was to see someone with their body shape represented,” said Sturino, who uses social media to encourage women to wear what they like and to call out fashion companies that offer a limited range of sizes.

Sturino’s Instagram has 389,000 followers, and she runs recurring features like #supersizethelook, which shows a celebrity fashion look and the look recreated in a larger size, and #makemysize, which shows selfies of the influencer trying on too-small clothing in retail dressing rooms.

“Luxury has had to incorporate inclusivity into their DNA and part of the way they’re doing that is through plus-size apparel,” said Driscoll.

Companies that don’t pay attention are missing out.

Even though the average size of U.S. women is 14 and above, luxury fashion apparel remains the market most resistant to plus-size fashion, making up just .6 % of luxury clothing sold online compared to plus-size mass-market fashion at 11%, according to Edited Retail Data. The firm defines plus-size as any size 14 and above.

“There has been a huge push for inclusivity in all areas of retail, whether it’s dress sizes in apparel or skin tones in lingerie and beauty,” said Kayla Marci, market analyst at Edited. “Apparel is integral to day-to-day life and all consumers want to feel included. Demand for size-inclusivity has ramped up in recent years and it’s only going to continue to grow.”

Diane von Furstenberg, maker of the iconic wrap dress, was the first brand Sturino called out on #makemysize. The designer listened. On Nov. 5, DVF celebrated the launch of her extended-sizes collection with retailer 11 Honoré and Sturino co-hosting the event.

And DVF isn’t the only luxury brand that stepped up its attention to plus-size consumers. This year, Italian luxury house Dolce & Gabbana announced it would extend its sizing, joining the growing company of fashion designers offering size-inclusive fashion like Tanya Taylor, Veronica Beard, Jason Wu, Christian Siriano, and Adam Lippes.

“Retailers realized consumers don’t want to be excluded and shop somewhere different from their peers because their size dictated it,” Marci said. “With body positivity movements gaining traction and the risk of social media backlash toward retailers who aren’t inclusive, brands have had no choice but to listen to consumer demand and start evolving.”

Traditional retailers including Saks Fifth Avenue and Nordstrom have stepped up their plus-size offerings.

According to Nordstrom, the retailer will continue to grow its selection of size-inclusive apparel. In October 2017, Nordstrom started a size inclusivity initiative and in less than two years, offered extended sizing in more than 100 brands in over 30 stores and online.

“There’s a lot of pent-up demand,” said Coresight’s Driscoll. “The plus-size woman has had a dearth of fashion choices. As the number of retailers and brands look to the opportunity of this market, it can grow faster than our 3% projection. Our projection is conservative and attainable.”

And if traditional retailers don’t want in on the market, new ones will take up the slack. Retailer 11 Honoré launched in August 2017 with the goal of merging high-end designers with size-inclusive fashion.

“Ninety percent of our designers are doing plus size for the first time,” said CEO and founder Patrick Herning.

The retailer offers many of the same designers one might find at Nordstrom, Saks Fifth Avenue, or Neiman Marcus, starting at size 10 and going up to 24. According to the 11 Honoré site, the best-selling items include a Mara Hoffman cotton dress ($550), printed crepe pants by Adam Lippes ($1,190), and a Christian Siriano off-the-shoulder fringe dress ($1,600).

Though designers are finally opening their minds to extending the size range of their lines, there are still challenges in putting their new best intentions into production. “What these designers want is that these extended sizes have the exact same fit and integrity as their straight-size garments,” said Herning.

He added: “These designers have historically done sizes 0 to 10, now we’re asking them to double that. Once they get comfortable with grading and pattern development, we push them to a 24.”

Sales at 11 Honoré have been growing 100% quarter over quarter with a similar trajectory expected through this year, Herning said. Sizewise, the store’s top sellers are an 18, followed by a tie between sizes 16 and 20.

“We’re starting to see impressive sell throughs with product launches. We’re seeing brands selling out within weeks,” said Herning, adding that DVF almost sold out within two weeks of launching and it was also one of the retailer’s largest orders to date.

Next year, 11 Honoré will launch its own private label brand, Herning said. After that, the retailer will start opening physical stores in the top three markets of New York City, Los Angeles, and Chicago.

“What’s been exciting is how the perception has shifted and so many of the brands we are now carrying said no at first,” Herning said.

Who hasn’t signed on yet? Stella McCartney and Gucci are on Herning’s wish list. “We’ve started a conversation and they’re going well,” he noted.

A designer’s shift in understanding

“Aidy and I are the same age, share a similar joyful approach to life and both love color and print—yet we have access to different clothing options. I wanted to change that,” said Taylor, who launched her apparel company in 2012.

Designer Tanya Taylor hired a new tech team and fit model to help produce a wider ranges of sizes for her collection.
Courtesy of Tanya Taylor

The designer brought on the right people to facilitate making the clothes.

“We hired a new tech team who understood how to fit on extended sizes, hired an additional fit model, doubling our fittings so we could fit on a size 4 and a size 18,” Taylor said.

“As a brand that relies heavily on our wholesale partners we are not yet financially able to produce every style in our full size run because a majority of our partners don’t go above a size 14 and without their support we aren’t able to meet production minimums,” Taylor said.

Sales have exceeded expectations, with the e-commerce business up 231% this year and extended sizing comprising 30% of those sales, Taylor said.

“The women in this market have not had access to bold, bright and optimistic fashion options and there’s a demand for it,” Taylor said.

Looking at retail as a whole, Sturino says the fashion choices have improved.

“But I can list on one hand the places I can go to find fancy evening wear. It’s not the same options that a size 8 has—at all,” Sturino says. “I have two galas coming up, I’ll hit up 11 Honoré and Sachin & Babi and I’ll be done.”

—New McDonald’s CEO faces resistance from franchisees
—Consumers want more sustainable products
—Hard coffee is the next big drink trend
—Gift guide: Must-have luxury items for everyone in your life
—Gift guide: The best wines to give this year
Follow Fortune on Flipboard to stay up-to-date on the latest news and analysis.