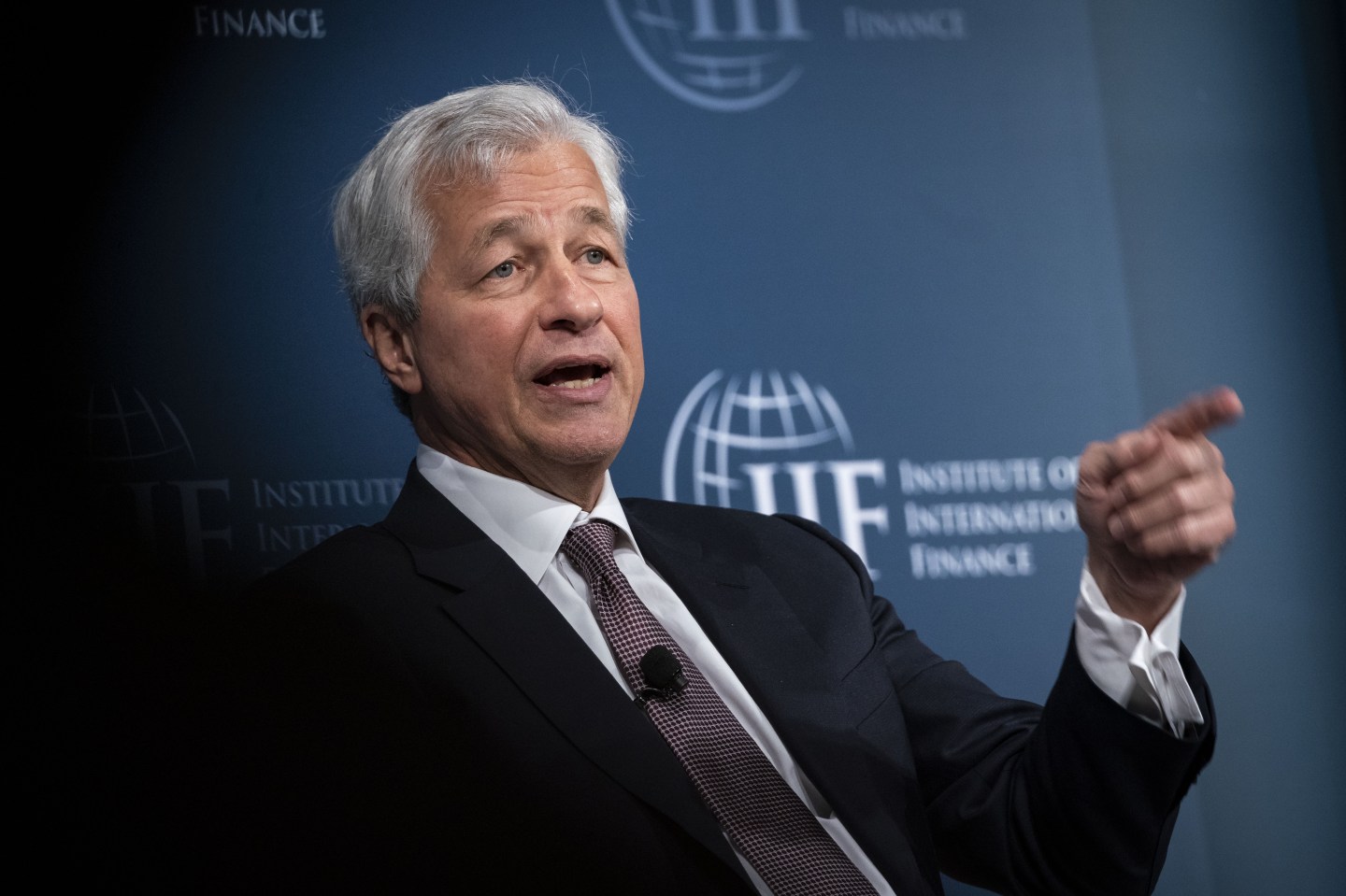 In an interview airing Sunday on CBS’s “60 Minutes,” Dimon said he is optimistic about the economy and admitted that his high-profile job made him a target of some criticism. But asked whether his compensation — about $31 million in total for 2018 — was too high, he said: “The board sets mine. I have nothing to do with it,” referring to the bank’s directors.

In the wide-ranging interview with CBS correspondent Leslie Stahl, Dimon agreed that income inequality was damaging to the country, especially for those whose earnings have stagnated as CEO pay has skyrocketed.

“I think the wealthy have been getting wealthier too much, in many ways,” he said, according to a network transcript. “So middle-class incomes have been kinda flat for maybe 15 years or so, and that’s not particularly good in America.”

A recent Bloomberg analysis of Federal Reserve data showed the top 1% of American households now hold almost as much wealth as the middle- and upper-middle classes combined.

Pressed by Stahl, who suggested he could return some of his own pay as an example to other executives, Dimon said, “I could. Is that gonna to solve any of those problems?”

The segment portrayed Dimon as the epitome of Wall Street, a person who rose through the ranks and survived the 2008 financial crisis, whose advice and counsel now is sought by world leaders.

Dimon was upbeat on the U.S. economy despite the slowing pace of growth in 2019, and he downplayed the probability of a recession.

“The consumer, which is 70% of the U.S. economy, is quite strong,” he said. “You see that the strength of the American consumer is driving the American economy and the global economy. And while business slowed down, my current view is that, no, it just was a slowdown, not a petering out.”

The U.S. economy expanded at a 1.9% annualized pace in the third quarter, down from the 2.5% growth in 2018 that followed tax cuts and federal government spending increases.

Dimon bemoaned becoming a target for Democratic presidential candidate Elizabeth Warren. The Massachusetts senator tweeted recently the U.S. economy is working great for the wealthy and that Dimon “doesn’t want that to change.”

“I understand that a person in this seat is gonna be a target in this day and age of certain politicians and stuff like that,” Dimon said in the CBS interview. “But the notion that I’m not a patriot or that some of these other folks aren’t pat–, that’s just dead wrong.”

Dimon also defended his recent comments that Warren was “vilifying” successful people and Wall Street bankers, saying, “I think you should vilify Nazis, but you shouldn’t vilify people who worked hard to accomplish things.”

Of the 2008 crisis, Dimon said some people in the industry were “greedy, selfish, did the wrong stuff, overpaid themselves and couldn’t give a damn.” His bank sold the types of mortgages that helped trigger the crisis, but he said other brokers, Fannie Mae and Freddie Mac, also also were involved.

“It was a huge error, and it was hugely damaging,” Dimon told Stahl. “I think we let the American people down.”

—“Secret” recession signs may provide clues to when the next downturn is coming
—Why shareholders are bailing on Uber
—SoftBank Group writes down $9.2 Billion on WeWork—#MeToo pushes CEO firings to a 15-year high
—A.I. vs. the wolves of Wall Street
Don’t miss the daily Term Sheet, Fortune’s newsletter on deals and dealmakers.