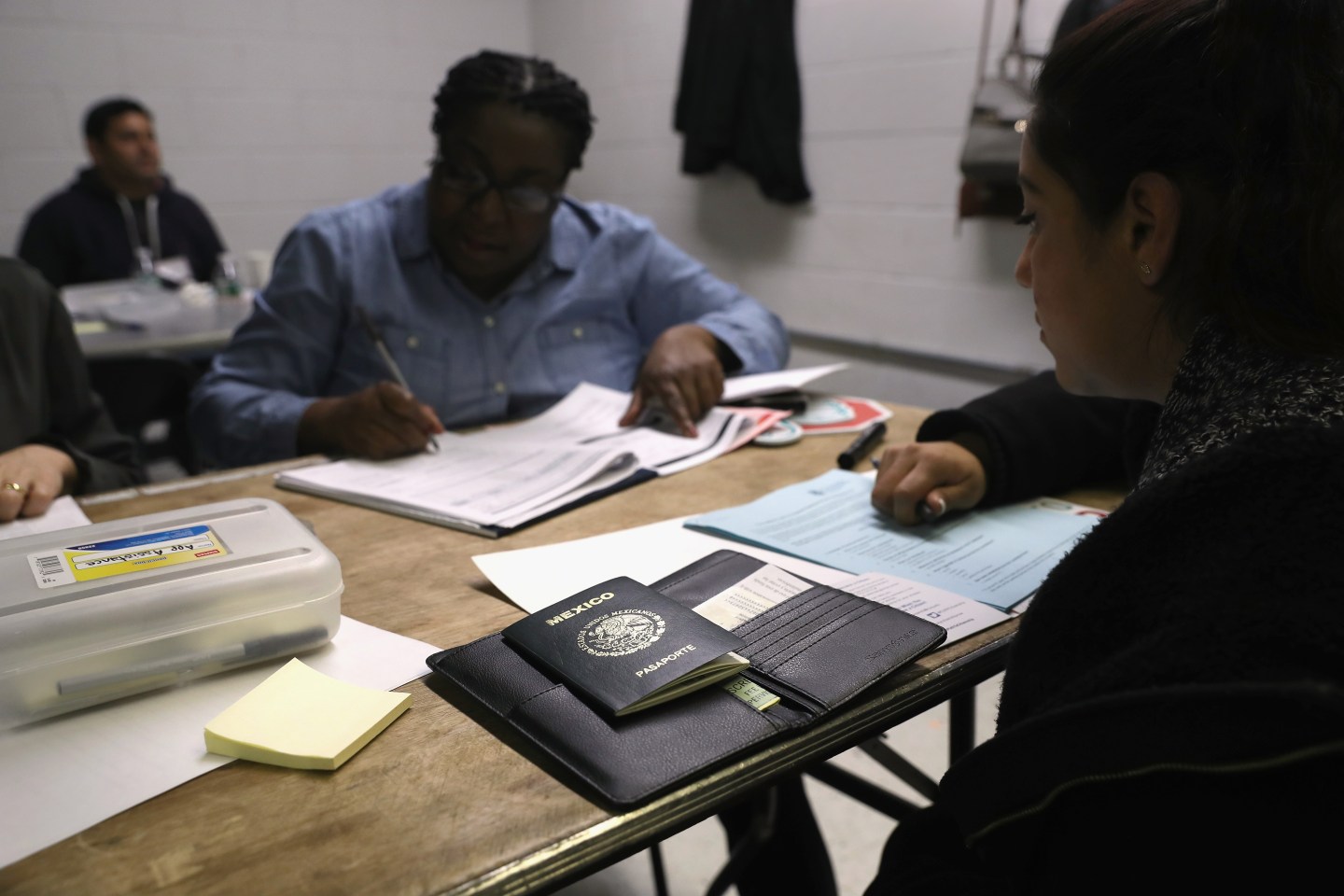 If the court agrees, Cuccinelli’s actions since taking over the agency in June would be invalid, including a new rule on application fee waivers for naturalization and other benefits. The plaintiffs have also asked for an injunction to prevent the implementation of the new waiver guidelines.

The City of Seattle and several immigrant services agencies, including Catholic Legal Immigration Network, and Immigrant Legal Resource Center, are named as plaintiffs in the complaint challenging the new rule and Cuccinelli’s appointment, which they say violated the Federal Vacancies Reform Act (FVRA).

“The Trump Administration is trying to do an end-run around the FVRA to implement its elitist and discriminatory immigration policies,” said John Yang, president and executive director of Asian Americans Advancing Justice, part of the complaint legal team, along with Protect Democracy, the Seattle City Attorney’s Office, and Mayer Brown LLP.

In late October, USCIS announced revised rules regarding fee waivers for various immigration benefit applications, and one change in particular will have a significant impact on candidates for citizenship, advocates say.

Previously, anyone who received a means-tested government benefit, such as Supplemental Nutrition Assistance Program or Medicaid, automatically qualified for a waiver of the combined $725 filing and biometrics fee for naturalization. Now, along with additional requirements, participation in a means-tested program will no longer be considered.

“The American promise must be open to all,” Seattle Mayor Jenny Durkan said in a statement. “Wealth is not and should never be a requirement of being an American citizen. Seattle will fight for the promise of America and against a pay-to-play approach to citizenship.”

Neither USCIS nor the White House immediately responded to Fortune‘s requests for comment on the fee waiver rules and Cuccinelli’s appointment.

The majority of USCIS funding is derived from application and service fees.

“The revised fee waiver process will improve the integrity of the program and the quality and consistency of fee waiver approvals going forward,” Cuccinelli said. “Providing clear direction to agency adjudicators for more uniform determinations will help us to uphold our mission of efficiently and fairly adjudicating immigration requests.”

Under the new guidelines, applicants must use a tax transcript obtained from the Internal Revenue Service, rather than tax returns, to prove income.

“USCIS has determined that receiving a means-based benefit is not an appropriate criteria in reviewing fee-waiver requests because income levels used to decide local assistance eligibility vary greatly from state to state,” the agency’s statement on the new rule said.

USCIS has not produced information detailing how eligibility variance from state to state impacts the program.

A lawyer for President Donald Trump, responding to a New York Times story on the president’s finances, said in May that “IRS transcripts, particularly before the days of electronic filing, are notoriously inaccurate.”

By putting up higher barriers to citizenship, immigrant advocates say, the rules will hinder deeper integration into U.S. society and exclude people from voting, running for office, certain types of employment, and other rights reserved for citizens.

“This is a direct attack on the values of opportunity, fairness, and impartiality in how USCIS adjudicates benefits,” said Diego Iñiguez-López, policy and campaigns manager for National Partnership for New Americans. “Instead of welcoming immigrants who are eligible to naturalize, regardless of their wealth or class, USCIS, under the leadership of Ken Cuccinelli, is seeking to reduce access and ultimately limit the voting power of millions.”

The current fee waiver system in place since 2010 helped increase naturalization rates by 1.5 percentage points, or an additional 73,000 naturalized citizens per year, according to research from Stanford University.

Since Cuccinelli’s appointment violated federal statutes, the complaint says, his actions as acting director are invalid. Under the FVRA, the agency’s next in line serves as acting director, unless the president chooses to appoint somebody who also comes from a Senate-confirmed post or another high-level position in the agency.

Cuccinelli, a former Virginia attorney general and state senator, was working for libertarian advocacy organization FreedomWorks when appointed. After the vacancy arose, the White House first created a brand new position for him, principal deputy director. Then the Department of Homeland Security director altered the line of succession, so the new position became second in command for USCIS.

If the White House can circumnavigate the FVRA by simply creating a new position, the complaint argues, the executive branch can essentially operate without oversight.

“The administration did this paperwork jiu jitsu to get Cuccinelli in,” said Rachel Goodman, an attorney with Protect Democracy. “Even the paperwork the DHS director filed to change the line of succession is supposed to expire as soon as a permanent director is confirmed. So, it seems it was designed to dodge the law.”

Further, the complaint argues the rule change should have gone through the Administrative Procedure Act, including a period of public comment.

“The point is to prevent arbitrary, capricious or unlawful policies from being enacted, and the proper procedures through APA were completely avoided,” said Jamila Benkato, an attorney with Protect Democracy. “The government argues this rule change is not significant … but it really is a substantial change.”

Many immigrant service organizations operate naturalization workshops, where immigrants get streamlined access to legal aid. Under the new rules, the plaintiffs argue, the workshops will become untenable because each individual applicant will require much more assistance.

The new guidelines take effect on December 2, and the plaintiffs have asked for a hearing prior to that date.