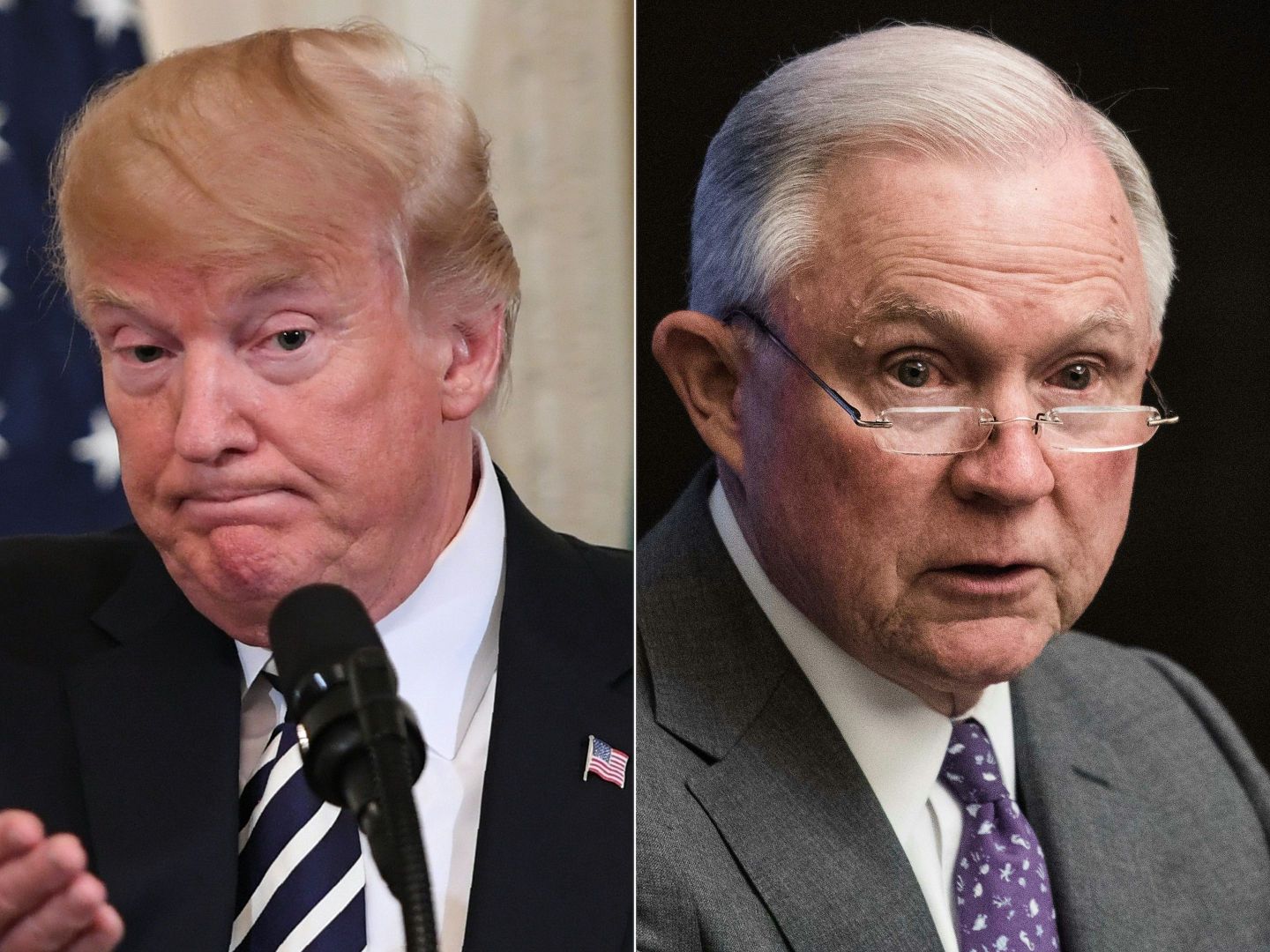 Former Attorney General Jeff Sessions announced Thursday he wants to reclaim his old Senate seat from Alabama, where he’s been a conservative icon and dominant vote-getter since the 1990s.

But it’s already clear that President Donald Trump’s enmity toward him, along with an established field of competitors, means he’ll have to battle his way to the Republican nomination.

And early indications are he may not have robust help from former GOP Senate colleagues, either.

“The people in Alabama will figure this out,” Senate Majority Leader Mitch McConnell, (R-Ky.), told The Associated Press on Thursday when asked if it’s a good idea for Sessions to run. “We do want to get that seat back, and I’m hopeful we will.”

Sessions, 72, announced his 2020 run on Fox News’ Tucker Carlson Tonight, which touted Sessions’ appearance as his first national television interview since he resigned from the Trump administration in November 2018.

“If I return to the Senate, no senator in the Senate would be more effective in advancing President Trump’s agenda than I would,” Sessions told Carlson.

Sessions was senator from 1997 until becoming Trump’s first attorney general in 2017. Democrat Doug Jones won the seat from the deep-red state in a special election later that year, defeating Republican Roy Moore, the right-wing lightning rod who faced allegations of sexual misconduct.

Jones is the most vulnerable Senate Democrat facing reelection next year. Both sides see the battle over the Alabama seat as crucial as Republicans fight to retain the majority in the chamber, which they now control 53-47.

Trump turned on Sessions because Sessions recused himself from the investigation into Russia’s connections with Trump’s 2016 presidential campaign.

Though Sessions was the first senator to back Trump’s upstart campaign and worked to champion conservative causes as attorney general, the president frequently raged at him, tweeting explicit attacks on Sessions, sometimes refusing to say his name aloud in meetings and declaring that picking him for the Cabinet was his biggest regret in office.

And while politicians, operatives and analysts expect Sessions to become an immediate front-runner for the GOP nomination, the big unknown is how Trump and his Alabama supporters will react.

Sessions has kept a low-profile since leaving office but Trump’s anger has not cooled, as he has still been known to disparage the former attorney general in private conversations, according to a White House official and a Republican close to the West Wing who are not authorized to speak publicly about the discussions.

When rumors picked up that Sessions may run for his old seat, Trump expressed unhappiness at the prospect and mused about campaigning against his former friend, the people said.

“If Trump takes on Sessions, I don’t know what happens,” Marty Connors, a former chair of the Alabama Republican Party, said in an interview.

Sen. Lindsey Graham, (R-S.C.), who is close to Trump, said Sessions was “a great senator” but said he would stay out of the race.

Some Republicans are already worried that Sessions’ entry into the race could make it easier for Moore to make it to a runoff election, which would be required if no candidate wins a majority.

Sessions’ candidacy could further divide the vote of Republicans who oppose Moore.

“He’s a man of integrity and, of course, he’ll have to run his own race and, you know, that’s up to the people of Alabama, but I believe he’ll be a formidable candidate,” Shelby said.

“Alabama deserves a Senator who will stand with the President and won’t run away and hide from the fight,” Byrne said Thursday night.

Jones on Thursday did not criticize Sessions, but noted that Republicans had. “Since Jeff is not running against me at this point, it would seem that folks need to be focused on the reactions of his opponents in the Republican primary and perhaps President Trump’s tweets about him over the last couple of years,” he said.

Ken Brown, a 77-year-old retired Air Force colonel from Cullman County, has supported Sessions in the past, but won’t this time.

“I’ve been a big supporter of his for a long time, but I think his day is done,” Brown said. “Before he runs again and asks for the voters’ support, he owes the voters of Alabama a full explanation of what happened between him and the president,” Brown said.

But Brenda Horn, an accountant and Brown’s sister-in-law, said Sessions will get her vote, because “he was and will be a wonderful senator.”

“He is a man of great integrity and that is something we are lacking in government,” Horn said.

—Wall Street’s scorn for Elizabeth Warren boils over
—President’s 2020 reelection campaign launches ‘Black Voices for Trump’
—Trump’s national parks changes could, ironically, help Jeff Bezos
—Sherrod Brown has some advice for 2020 candidates hoping to win in Ohio
—The 2020 tax brackets are out. Here’s what you need to know
Get up to speed on your morning commute with Fortune’s CEO Daily newsletter.