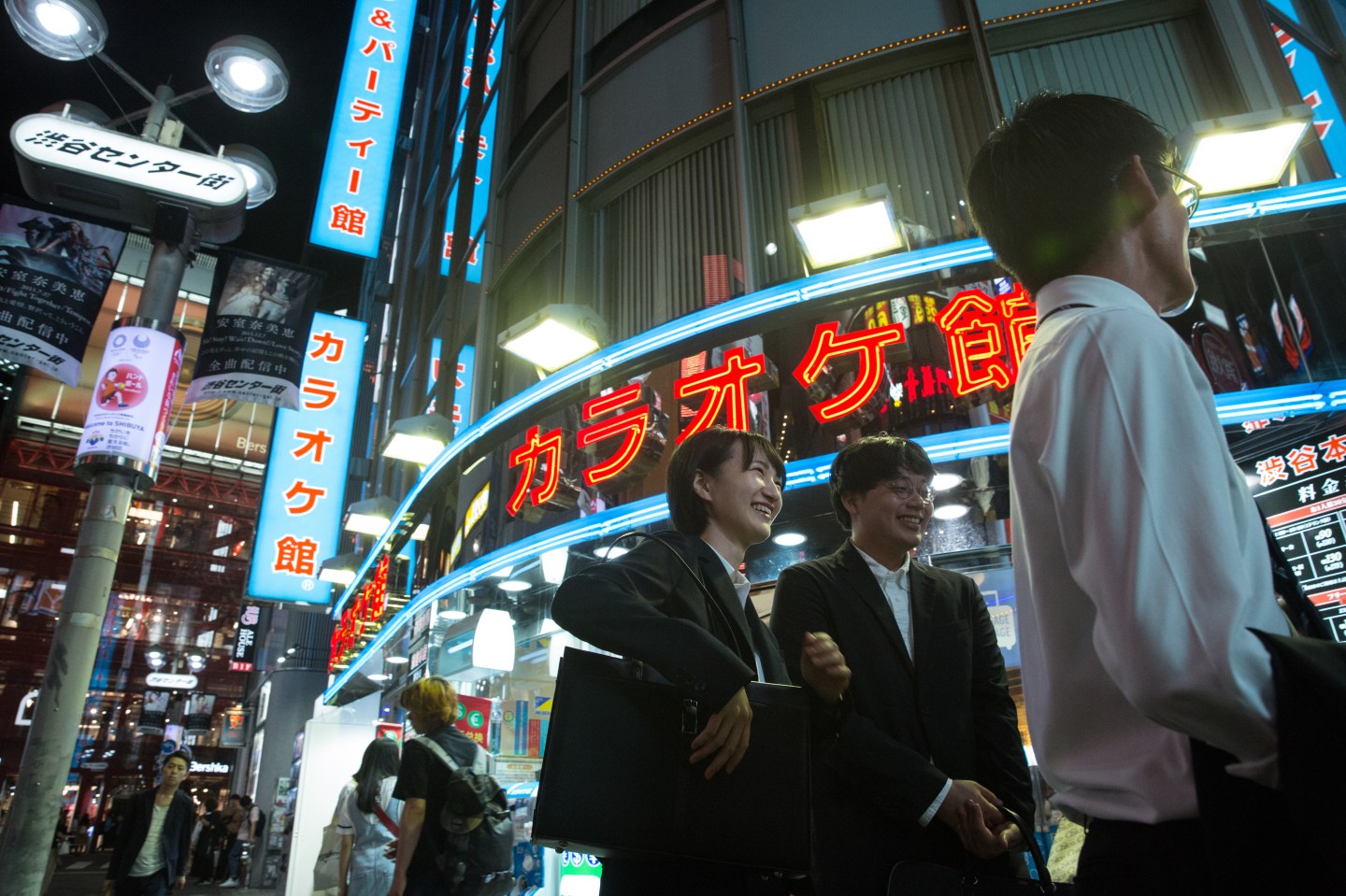 Japanese women are fighting for the right to wear eyeglasses to work, a new front in the growing movement that demands an end to the prescriptive beauty standards faced by female employees.

The hashtag “glasses ban” started trending on Twitter Wednesday, after Japan’s Nippon TV aired a story about companies that require female employees to wear contact lenses instead of glasses. One post decrying such policies racked up almost 25,000 retweets.

One Twitter user said she was told by her previous employer that glasses didn’t appeal to customers, while another said she was compelled to endure the pain of wearing contact lenses while recovering from an eye infection.

“The emphasis on appearance is often on young women and wanting them to look feminine,” Banri Yanagi, a 40-year-old sales associate at a life insurer in Tokyo, said in an interview. “It’s strange to allow men to wear glasses but not women.”

The prohibition on glasses is the latest flash-point for professional women in Japan. In March, women railed against the common requirement that women wear makeup at work. Earlier this year, actor and writer Yumi Ishikawa sparked #KuToo to criticize rules that require women to wear high heels to work. The hashtag plays on the Japanese words for shoe, or kutsu, and pain, kutsuu.

“If wearing glasses is a real problem at work it should be banned for everyone — men and women,” said Ishikawa, who started a petition signed by more than 31,000 supporters who agree standing in heels all day should not be a job requirement for female workers. “This problem with glasses is the exact same as high heels. It’s only a rule for female workers.”

When a group submitted a petition in June calling on the government to ban the high-heeled shoe requirement, then-Health, Labor and Welfare Minister Takumi Nemoto said he was fine with the status quo, according to Kyodo News.

“It’s generally accepted by society that (wearing high heels) is necessary and reasonable in workplaces,” Nemoto said at a Diet committee session, according to the report. Nemoto, who retired in September, was unavailable for comment.

There has been no changes to rules governing dress codes, labor ministry official Ryutarou Yamagishi said by phone. He said he wasn’t aware of the “glasses ban” hashtag.

—Energy companies say the oil glut—and shrinking profits—aren’t over
—Give or take a trillion, banks haggle over IPO valuation of Saudi Aramco
—China launching its 5G ahead of schedule on a spectrum the U.S. can’t match
—Why China’s digital currency is a ‘wake-up call’ for the U.S.
—Fintechs TransferWise and GoCardless team up
Catch up with Data Sheet, Fortune’s daily digest on the business of tech.