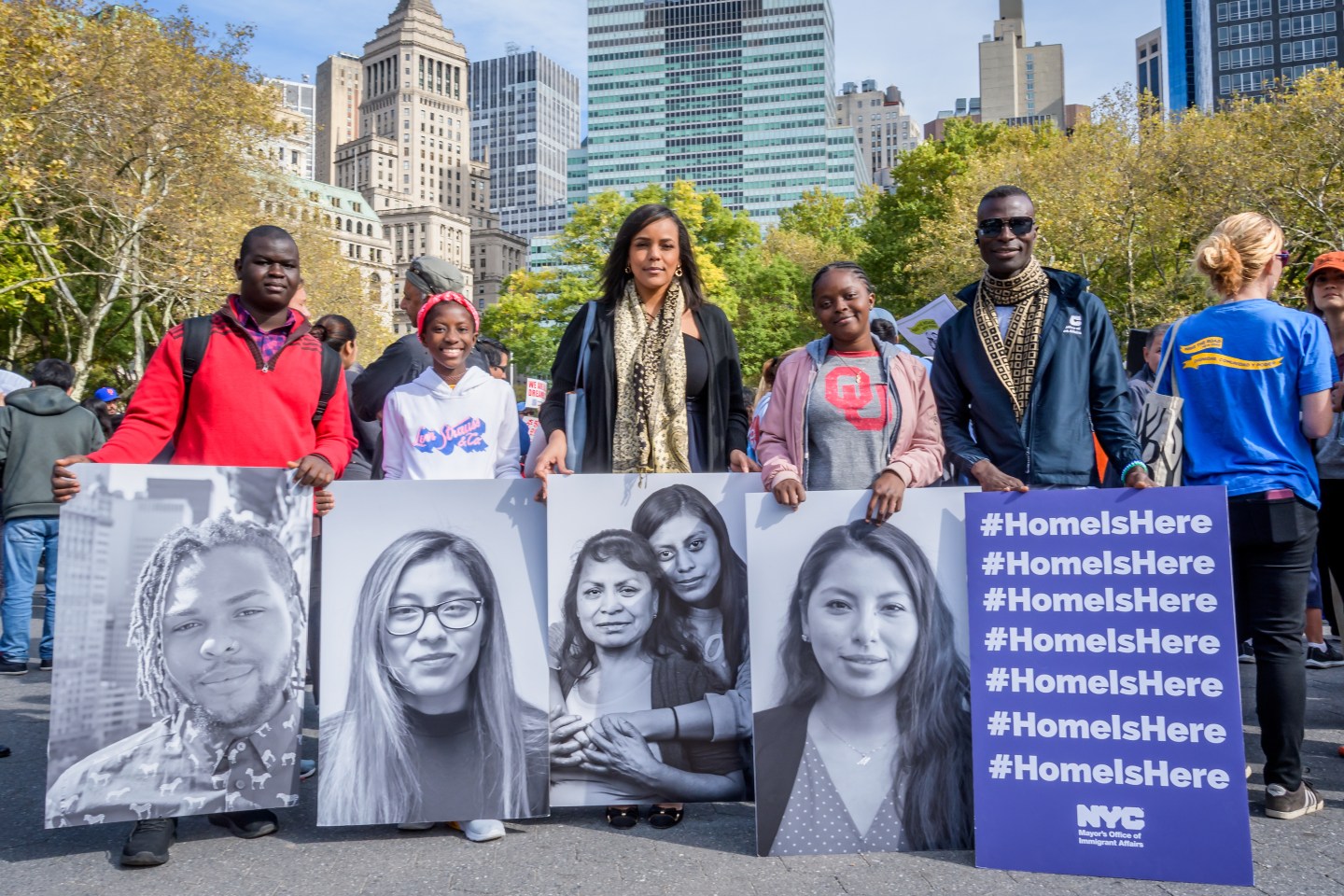 U.S. ambassadors from El Salvador, Honduras, and Haiti sent urgent cables to the White House in the early days of the Trump administration, pleading with them to abandon plans to send hundreds of thousands of migrants back to their home countries.

The cables, made public Thursday, expose the divide between career diplomats and a new administration eager to push through major hardline immigration policies even as it apparently weighed possible fallout on the 2020 presidential race.

Facing legal challenges, the Trump administration later backed down from its hardline position and last month it extended protections for at least a year as U.S. courts work through the disputes.

The internal State Department memos are contained in a report by Senate Democrats that sheds light on diplomats’ alarm ahead of the 2017 decision by the Trump administration to end protections for some 400,000 Central Americans and Haitians living legally in the U.S.

The report suggests that, for the Trump administration, concerns about mass removals of people taking place during the 2020 presidential campaign prevailed over national security warnings from top U.S. diplomats.

The apparent injection of electoral politics in what was supposed to be a policy decision about humanitarian protections for migrants from some of the Western Hemisphere’s poorest and most violent countries came from then-Secretary of State Rex Tillerson’s policy planning staff, comprised of political appointees.

It contrasts with the recommendations of U.S. Embassies in the affected countries—El Salvador, Honduras and Haiti—as well as the State Department’s most-senior career diplomat at the time, then-Under Secretary of State for Political Affairs Thomas Shannon. He argued unsuccessfully that taking away so-called temporary protected status, or TPS, for the migrants would destabilize the region and damage the U.S.’ standing in Latin America and the Caribbean.

Nonetheless, the unclassified cables, some of which have surfaced in court battles, provide telling insight on how career officials and political appointees haggled over policy recommendations in the early days of the Trump administration, when the new president’s toughened stance on migration went against, in the case of TPS, decades of bipartisan consensus.

“A sudden termination of TPS for El Salvador would undermine additional cooperation to tackle the root causes of illegal migration and overwhelm the country’s ability to absorb the refugees,” then-U.S. Ambassador Jean Elizabeth Manes wrote in a July 2017 cable to Washington, one of several recommendations received that summer from veteran diplomats who strenuously objected to the decision.

They were backed by Shannon, who was even more unequivocal.

“It is our purpose to provide the best possible foreign policy and diplomatic advice,” Shannon wrote in a private letter to Tillerson, cited in the report by the minority staff of the Senate Foreign Relations Committee. “From my point of view that advice is obvious: Extend TPS for the countries indicated.”

The arguments appear to have fallen on deaf ears. In the ensuing weeks, the Trump administration announced it was terminating the program for the three countries, giving migrants, some of whom had lived in the U.S. for two decades, 18 months to leave. The decision threatens to trigger an unprecedented wave of family separations as parents being expelled would be forced to choose between leaving behind their estimated 273,000 American children or exposing them to recruitment by powerful criminal gangs like El Salvador’s MS-13.

“Despite these warnings, the Trump administration recklessly sought to end the TPS designations for El Salvador, Honduras, and Haiti with full knowledge of the inherent dangers of its decisions,” Sen. Bob Menendez, the ranking member of the Foreign Relations Committee, said in an introduction to the report titled “Playing Politics With Humanitarian Protections: How Political Aims Trumped U.S. National Security and the Safety of TPS Recipients.”

The State Department had no immediate comment on the report.

TPS was initially meant to aid people from countries facing wars or natural disasters. Citizens of Honduras were originally granted TPS in 1999 in the wake of overwhelming damage from Hurricane Mitch, while migrants from El Salvador and Haiti gained protection in 2001 and 2010, respectively, following devastating earthquakes. Since then, migrants from all three countries have seen those protections extended multiple times as successive U.S. administrations, Republican and Democrat, have acknowledged the difficulty the politically and economically fragile countries would face reabsorbing such a large number of returnees.

Similar arguments are reflected in a lengthy “action memo” with a menu of options sent to Tillerson on Oct. 26, 2017.

In it, Simon Henshaw, then acting head of the State Department’s humanitarian bureau and now ambassador to Guinea, recommends extending TPS for all three countries. But he’s outmaneuvered by Francisco Palmieri, the then top acting diplomat in Latin America, who recommends the programs be terminated over three years.

Tillerson’s staff of political appointees endorses Palmieri’s recommendation but push for termination within two years, pointing out that a 36-month deadline would fall “directly in the middle of the 2020 election cycle.”

In the end, Tillerson was more eager, and with the stroke of a black pen scribbled “18 months” in three sections of the memo.