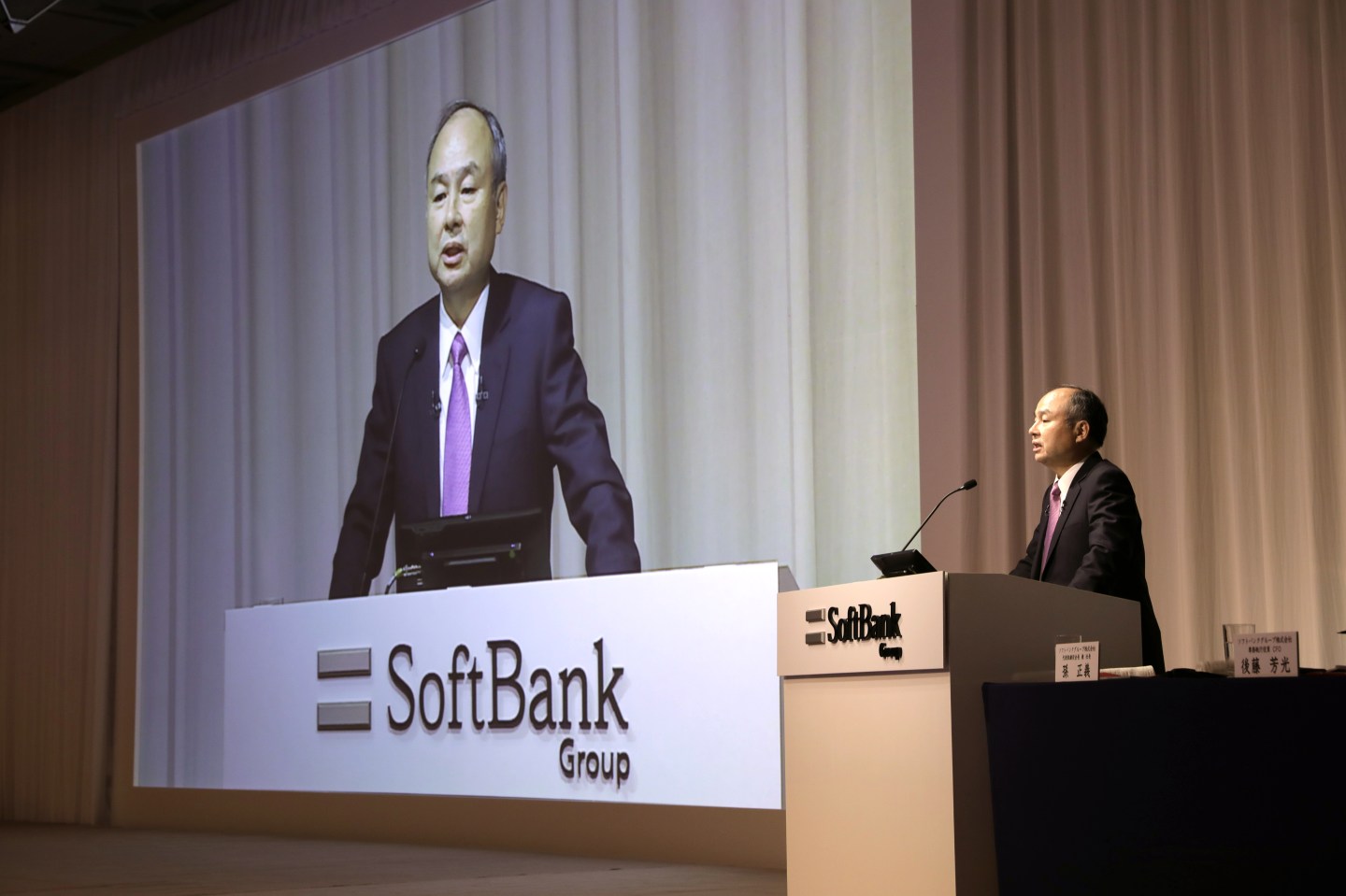 The Japanese investment powerhouse on Wednesday reported its first quarterly operating loss in 14 years — about $6.5 billion –after writing down the value of a string of marquee investments. It swallowed a charge of 497.7 billion yen ($4.6 billion) for WeWork, whose spectacular implosion turned the once high-flying shared-office startup into a Silicon Valley punchline.

The losses call into question the billionaire founder Son’s deal-making approach just as he’s trying to raise an even larger successor to his $100 billion Vision Fund. The investment vehicle had been a driver of profit growth at SoftBank, contributing over $14 billion in mostly paper gains over the past two years. Now, the shrinking valuation of Uber and WeWork, once among the brightest stars in the SoftBank constellation, raises the prospects of more writedowns in the Vision Fund’s portfolio with its high exposure to businesses that prioritize growth over profitability.

On Wednesday, SoftBank’s chairman took some blame for his poor decisions. “There was a problem with my own judgment, that’s something I have to reflect on,” said an unusually somber Son.

But the entrepreneur then launched into a spirited defense of his track record. He began by throwing up on a giant screen several newspaper headlines, saying media reports had pegged SoftBank or WeWork — or both — as bound to go bankrupt. Then he launched into an exposition of how SoftBank had made money for its investors: Even Slack Technologies Inc. and Uber had proven profitable bets relative to their acquisition cost, despite subsequent nose-dives on public markets. “I’m going to explain things as they are, no excuses.”

The operating loss was 704.4 billion yen in the three months ended Sept. 30, the Tokyo-based company said in a statement. That easily surpassed the 230.8 billion yen average of analysts’ projections, and compared with a 705.7 billion yen profit a year earlier. Its signature Vision Fund — the world’s single largest pool of startup investments — reported a 970.3 billion yen loss in the quarter. SoftBank said the fund’s 88 investments were worth about $77.6 billion, a 9.8% gain in value relative to the cost at which it acquired the stakes. The company reported a gain in valuation for 25 companies, the same number that saw their worth decline.

SoftBank reported 537.9 billion yen of unrealized losses in a plethora of investments from Uber to WeWork. Analysts had predicted a charge to be in excess of $5 billion and as much as $7 billion. The co-working startup was valued at $7.8 billion at the end of September — a precipitous fall from about $47 billion in January.

Late last month, WeWork secured a $9.5 billion rescue package from SoftBank, a deal that handed 80% of the company to the Japanese conglomerate. That’s on top of the more than $10 billion SoftBank and its Vision Fund have already invested into the co-working giant. SoftBank has said it didn’t get a majority of voting rights, meaning its troubled investee will be treated as an associate, not a subsidiary — potentially keeping its balance sheet free of some $22 billion of debt and $47 billion in looming lease-payment obligations.

The deal includes $5 billion in new financing and an acceleration of a $1.5 billion existing commitment. SoftBank will also offer to buy as much as $3 billion from existing shareholders. WeWork’s founder Adam Neumann left the company’s board as part of the package, replaced by SoftBank executive and newly appointed Executive Chairman Marcelo Claure.

“Son’s handling of WeWork raises some fundamental questions about his investment strategy that need to be addressed,” Jefferies Group senior analyst Atul Goyal said ahead of the earnings release. “There will be more failed investments in the future, how does he plan to handle them?”

—Energy companies say the oil glut—and shrinking profits—aren’t over
—Give or take a trillion, banks haggle over IPO valuation of Saudi Aramco
—China launching its 5G ahead of schedule on a spectrum the U.S. can’t match
—Why China’s digital currency is a ‘wake-up call’ for the U.S.
—Europe is starting to declare its cloud independence
Catch up with Data Sheet, Fortune’s daily digest on the business of tech.