Europe Is Starting to Declare Its Cloud Independence 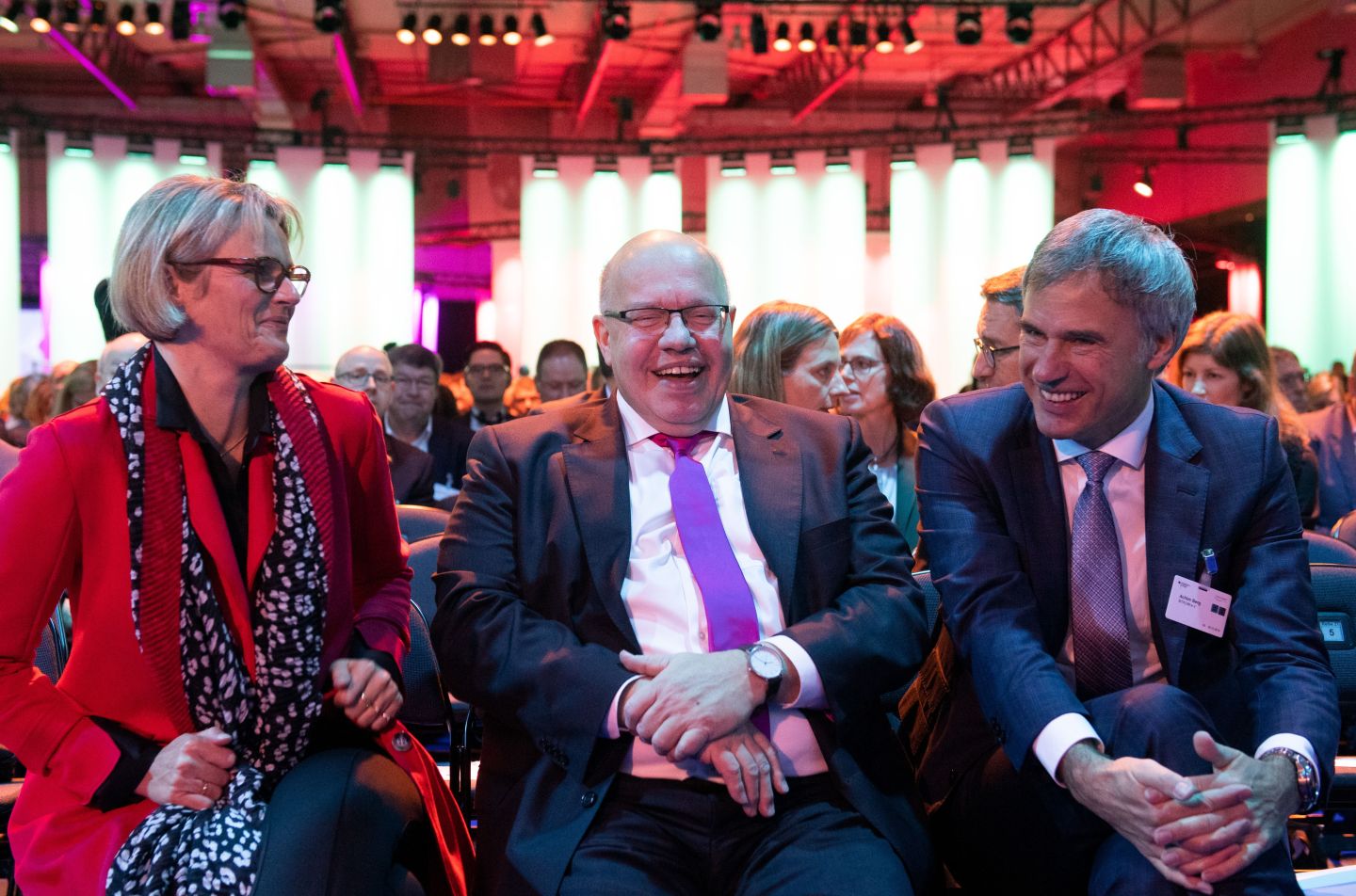 Tired of its businesses turning to foreign cloud-computing providers such as the Google, Microsoft and Amazon, the German government is leading the push for a European cloud network called Gaia-X. France is also on board.

“Data will be the most important raw material of the future,” said German Economy Minister Peter Altmaier in a statement this week. “The European economy urgently needs an infrastructure that ensures data sovereignty.”

This isn’t purely a government initiative—the German plans were formulated with the assistance of big local businesses such as Deutsche Telekom, Deutsche Bank, Siemens and Bosch.

France is also keen to break the hold of U.S. cloud providers, and earlier this month its government said it had enlisted local tech companies such as cloud firm OVH and software maker Dassault Systèmes to work on similar plans.

At a German digital conference on Tuesday, Altmaier said Germany and France would collaborate on developing the core concepts of Gaia-X, before trying to get other European countries to join early next year.

“I’m strongly convinced that close cooperation between France, Germany and other European countries is necessary to tackle the technological revolution of the 21st century,” said Altmaier’s French counterpart, Bruno Le Maire, in a statement. “We want to establish a safe and sovereign European data infrastructure, including data warehouses, data pooling and develop data interoperability.”

But this idea of “data sovereignty” is not new, and previous European efforts to achieve it have amounted to little.

The most notable attempt in the cloud arena was French. In 2012, the country’s government poured a combined $200 million into two new cloud consortia called Numergy and Cloudwatt, each of which was one-third state-owned, with the rest being mostly owned by telecoms providers SFR and Orange, respectively.

Numergy was absorbed into SFR in 2016, having failed to attract enough customers. Orange decided a couple months back that Cloudwatt, which has precisely the same problem, isn’t worth the effort; it will shut the service down early next year.

What is being proposed now in Germany is ostensibly driven by the same motivation as the earlier French initiative: a fear that U.S. espionage laws allow for the monitoring of European data.

Years ago, the post-9/11 Patriot Act was fueling suspicions on the other side of the Atlantic—suspicions that would be strengthened in 2013 by the U.S. spying revelations of former NSA contractor Edward Snowden. Now the concern is the Cloud Act, a law passed last year that allows U.S. federal law enforcement to demand data from the servers of American tech firms, even when those servers are on foreign soil. Earlier this month, Le Maire, the French minister, described that situation as “totally unacceptable.”

A boon for business

But there is also an element here of wanting to assist European businesses.

In a declaration released Tuesday, the German government described digital sovereignty as “an enabler for platforms ‘Made in Europe'”—platforms where the potential of A.I. can be tapped while privacy is safeguarded, all without reliance on foreign services.

Gaia-X would connect various cloud providers around Europe using open standards, in a way that allows businesses and consumers to move their data around freely. This will be music to the ears of smaller providers that, unable to compete with the American giants, currently have to focus on niche markets. But it is also a plan that’s designed to benefit European industry by making it easier for companies to share industrial data.

“By working together, European companies will benefit from a larger pool of data to develop their algorithms and enhance their position in a global and very competitive market. This is important for Europe’s digital and technological autonomy,” said Le Maire.

A launch document for Gaia X predicted that the system would “enable companies and business models to scale out of Europe competitively worldwide,” while warning of the risks to Europe posed by trade conflicts and by “oligopolistic trends” in the platform economy. “We must uphold our strategic capacity to permanently become digitally free and self-determining,” the document reads.

What does that mean for foreign cloud providers? Microsoft—which has recently been signing fat contracts with German automakers such as Volkswagen, BMW and Daimler—hopes it doesn’t mean being shut out.

“In principle, we see more digital sovereignty for Germany and Europe as a legitimate and welcome interest that we support,” a spokesperson said in an emailed statement. “In the cloud age, however, we think it is wrong to define sovereignty along territorial borders.”

“Genuine sovereignty requires the most powerful cloud solutions, otherwise Europe’s digital backlog will be cemented… We believe that as hyperscalers we could make an important contribution to Gaia-X and are interested in participating.”

A spokesperson for Germany’s economy ministry said that, in principle, the Gaia-X initiative will not exclude any company because it is not based in Europe; participating companies must however abide by European rules around data protection and “sovereignty.” These rules are still to be defined, given that the project is at a very early stage.

Microsoft’s spokesperson told Fortune that the company was “convinced” it was able to meet technical requirements for protecting data in the cloud from unauthorized access.

But that does not mean the company is able to deny the access to U.S. authorities under that country’s Cloud Act. If the Gaia-X data protection rules see that as a no-no, Microsoft and other American cloud providers may in effect be blocked from participation, even if they are in theory welcome to join.

Either way, Gaia-X did not have the most auspicious unveiling. After opening Tuesday’s German Digital Summit, Altmaier fell off the stage, breaking his nose and requiring hospitalization.

The German economics ministry says he is fine now. But it did not answer questions about how Gaia-X would be able to avoid a Cloudwatt-style faceplant, how much the project would cost the German government, or how it would evaluate Gaia-X’s success.