Sick of the Rat Race? Adventurous Young Professionals Are Buying Fixer-Uppers in Europe for One Euro and Starting Over 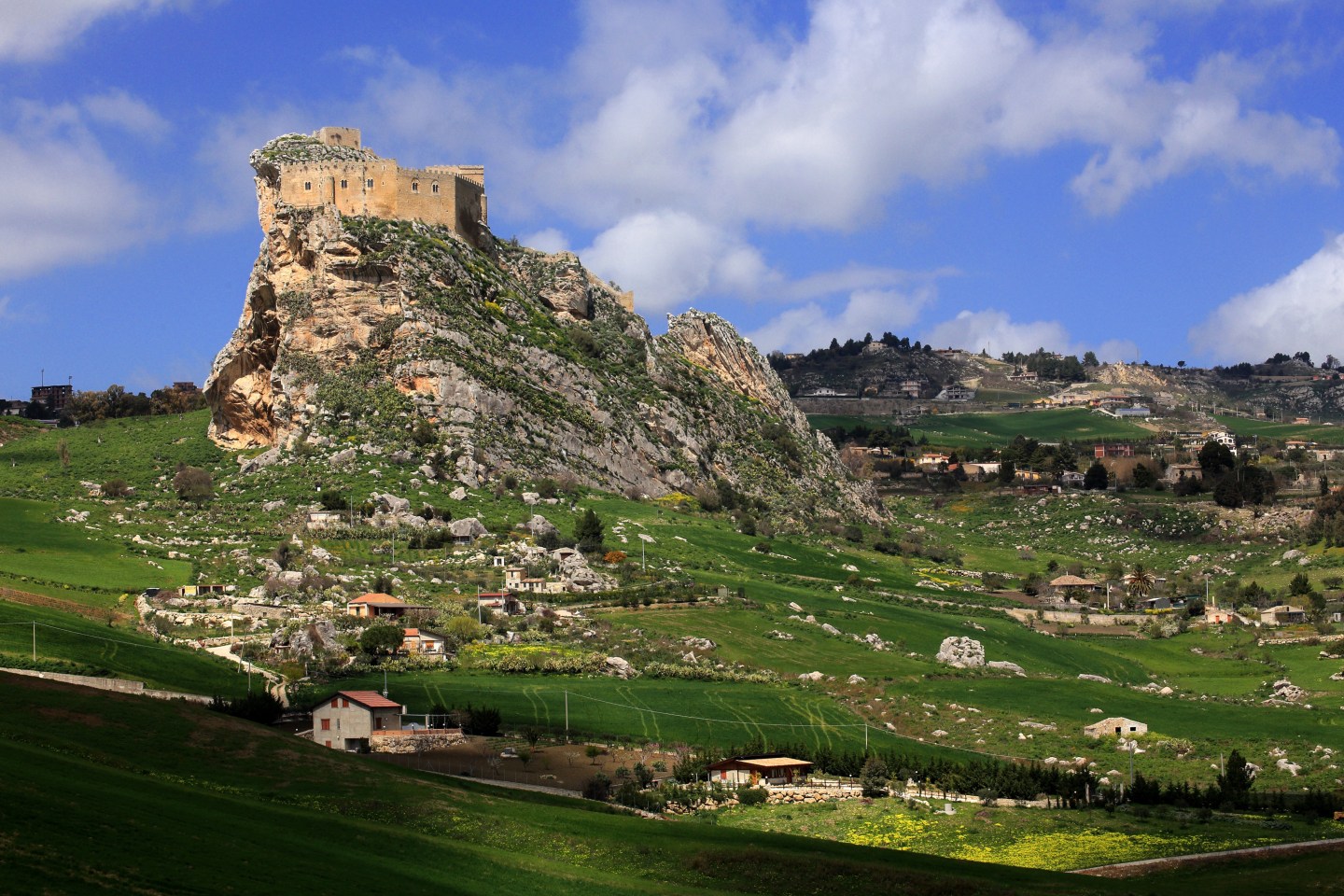 A few years ago, Mark Kopun, a 32-year-old electrician from Australia, happened to spot a newspaper article about homes for sale in Sicily. The price tag—one euro—caught his eye.

“I headed to Sicily to check it out,” he told Fortune. “I had to leave after a few days, but I went back as soon as I could and I picked a house.” He’s still renovating the place, and he expects, when it’s all said and done, he’ll have shelled out around $35,000 to finish the work.

Even though he was lured into the investment for the equivalent of a buck, and will ultimately pay many times that, he couldn’t be happier. “It’s a fantastic investment,” said Kopun, who is of Italian descent and holds an Italian passport, choosing to dwell on an upside all new homeowners dream of.

“I’m not living there yet but the residents of Mussomeli, the city, already make me feel like I am part of the community,” he said.

As is the case in much of the developed world, mass urbanization has hollowed out much of rural Italy, and towns like Mussomeli, a town of roughly 10,000 inhabitants in Sicily’s interior. Once thriving villages, hamlets and even decently sized towns are losing population—particularly young people—generation by generation. Those left behind have responded with various plans trying to grow the population again, hoping to entice people who’ve become sick of the rat race to start over in these quiet communities.

This population shift has produced a long list of houses for sale for a little more than a dollar each.

The first house to be offered for sale in Italy for one euro hit the market around a dozen years ago, in Sicily. Since then, many hundreds have sold under similar terms and hundreds more are for sale now. And thousands more are due to list in the future, says Maurizio Berti, a marketing consultant who built a website to track the growing market in one-euro homes.

“At the end of World War II, a little more than half of Italy’s population lived in rural areas,” Berti said. “But today, only around 7 percent of the country’s population is based outside cities. That trend has left a lot of rural houses abandoned and falling into disrepair, a lot of villages and towns with dwindling and elderly populations.”

The goal of the various one-euro home initiatives, Berti said, is to help repopulate and bring new vibrancy to areas with declining populations.

If the gambit is to work for the communities selling the one-euro homes, it must be part of a broader local renewal strategy, says Luca Dondi, managing director of research firm Nomisma who specializes in real-estate and infrastructure issues.

“Adding a few new residents to a town won’t make a big difference,” Dondi says. “The homes are sold for such low prices because market forces push the value down. But unless there are other steps are taken to create jobs in the area and convince young people from the area to return, then it just delays the inevitable.”

Here’s what it takes

Of course, prospective homebuyers will have to deal with a fair share of red tape surrounding the purchases, par for the course in Italy. The fact that the houses are formally being sold rather than given away, for example, is to work around a law that allow heirs to contest properties given away even years later. And even with the low price tag, Berti said potential owners will still end up paying a few thousand euros in notary fees, registration costs, and taxes before they are given the keys.

France and the U.K. are experimenting with similar, small-scale versions of the initiative, and some islands in Greece are reportedly mulling plans akin to those in Italy. In Spain, some completely abandoned hamlets made up of multiple homes have been sold for the price of a single home in an urban setting. But in Italy, the strategy is more established and far more diffuse geographically up and down the country.

Rules change from community to community, but most use a point system to evaluate interested parties: couples usually rate higher than single people. Potential buyers with young children or those who plan to open a business in the area or otherwise provide jobs in the community also do better. Refurbishment projects that use low-environmental-impact materials or employ local builders earn extra points. Many towns require the refurbished home to be a buyer’s primary residence.

And of course, as Kopun can attest, there is the unavoidable cost of renovating a house that in some cases have been abandoned for decades.

But those who have made the leap say they are pleased with their choices.

If there is an ideal couple for the initiatives it might be Marije Graafsma, 29, from the Netherlands, and Ovan Abdullah, a 31-year-old Kurd, who spent around $165,000 to refurbish an eight-room home they bought for one euro in Sardinia. Now they use three of the rooms for a bed and breakfast and they are planning to move the fashion brand they started back in Utrecht to their adopted home town, Ollolai, using local artisans.

“We’re talking it slowly, but we have big plans to put energy into the fashion brand and maybe open a shop on the Costa Smeralda,” Abdullah told Fortune, referring to the chic northern shore of Sardinia.

“It’s a lifestyle choice to come here,” Graafsma said in an interview. “We wanted more tranquility and a slower pace of life and we couldn’t be happier.”

—Modern art meets old world charm at this updated small hotel in the English countryside
—Escape the ‘Game of Thrones’  crowds and enjoy a luxury Croatian vacation in Dubrovnik
—Your modern weekend away meets the Old West in this sleepy California town
—Mexico’s most enticing getaway: San Miguel de Allende
—This hotel is made up entirely of tiny houses
Follow Fortune on Flipboard to stay up-to-date on the latest news and analysis.