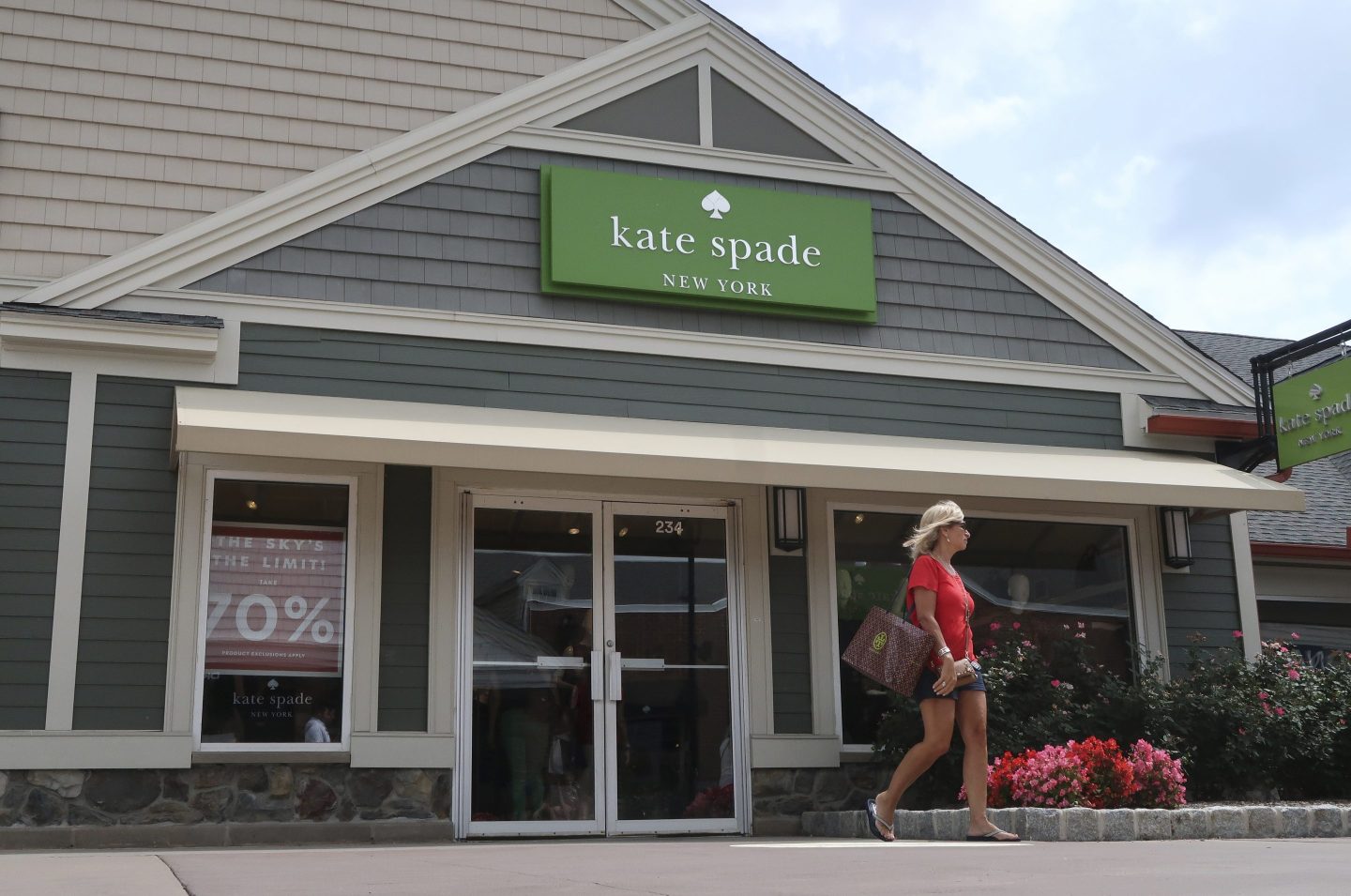 Two and a half years after Tapestry shelled out $2.4 billion to buy Kate Spade, the deal has yet to pay off.

On the contrary, the brand continues to weight the whole company down: Kate Spade’s comparable sales fell 16% in the quarter ended in late September, while total revenue dropped 6%, Tapestry said on Tuesday. The sales were hurt by fashion and marketing misfires that have dented the brand’s aura. Tapestry also owns Coach and Stuart Weitzman. (Total company sales fell 2% to $1.36 billion.)

But Tapestry’s new Chief Executive Jide Zeitlin, who took the reins two months ago after the company ousted his predecessor, Victor Luis, says it is making inroads in fixing Kate Spade, which generates nearly a quarter of all company revenue. And he still believes the acquisition was worth it, despite how long it is taking to turn it around. Zeitlin says the brand remains beloved and the deal has created cost savings among other benefits.

“No regrets,” Zeitlin tells Fortune. “(There is) no problem with the brand’s core equity.”

Zeitlin has been on Tapestry’s board since 2006 and chairman since 2014, and had a key role in approving the deal. The absence of a turnaround at Kate Spade has been a major source of pressure on Tapestry’s stock over the last two years. The stock rose 4% on Tuesday after results came in better than expected.

Tapestry bought Kate Spade hoping to reach younger shoppers than Coach attracts, but its margins were smaller, its costs higher, and, for years, constant promotions had sapped the brand’s image and profits.

Zeitlin says the challenge for Kate Spade is to find a balance between sophistication and accessibility, while adding more color, whimsy, and new lines. He urges investors and Wall Street to be patient, pointing to how long it took to get Coach back in shape a few years ago. “We’ve seen this film before,” he says.

Another challenge for Kate Spade is that it relies heavily on sales to consumers in North America, where Tapestry’s business has come under pressure from the drop off in visits to malls. Coach no longer relies on North America as it has become a major brand in China, and is also growing nicely in Europe.

The Kate Spade brand problems have also slowed the company’s long-term plans to become a portfolio of high-end brands, a U.S. counterpart to the likes of LVMH and Kering in France. In 2017, the company name was changed from Coach to Tapestry to reflect its portfolio ambitions. Rival Michael Kors made a similar move by changing its name to Capri Holdings after adding Jimmy Choo and Versace to its portfolio.

Zeitlin said Tapestry is conducting an “intensive” review of its businesses, with a view to optimizing each brand’s market position, reducing costs, and speeding up production time in order to react to changes in market demand. And, for the time being, keeping its current roster of brands steady. “Right now we are focused on our existing portfolio,” he says.

As for Coach, Tapestry’s biggest brand by far, it recorded its eighth straight quarter of comparable sales growth, but that was only at a 1% clip, and in North America, sales were unchanged. A few years ago, Coach closed some 20% of its stores, yet it still faces the challenges of soft store traffic in North America. Nonetheless Coach brand CEO Josh Schulman sees no need to further close stores: “We are happy with the fleet,” he says.

What’s more, Schulman says Coach growth can accelerate with its thriving European business, further expansion in China, and, though its still best known for its handbags, a bigger piece of the footwear industry.

Coach, which had severely damaged its brand image a few years ago with rampant discounting and a large presence in outlet malls, has largely undone that damage, helped by having a star designer in Stuart Vevers whose clothes have given Coach a strong fashion edge that helps it particularly well in China. The stores it closed were mostly in weak malls, and a few years ago, Coach pulled its brand from hundreds of department stores.

Still, Schulman is aware of how precarious a brand’s standing can be in fashion. “In our industry you can never say mission accomplished,” he says.

As for Kate Spade, Zeitlin remains confident that it will become a big boon to Tapestry. “The brand is still powerful and still has real credibility,” says Zeitlin.

—Popeyes chicken sandwich is back. But why did it run out in the first place?
—J.C. Penney’s new retail lab at the center of CEO Jill Soltau’s turnaround plans
—Hard coffee is the next big drink trend
—Gift guide: Must-have luxury items for everyone in your life
—Gift guide: The best wines to give this year
Follow Fortune on Flipboard to stay up-to-date on the latest news and analysis.