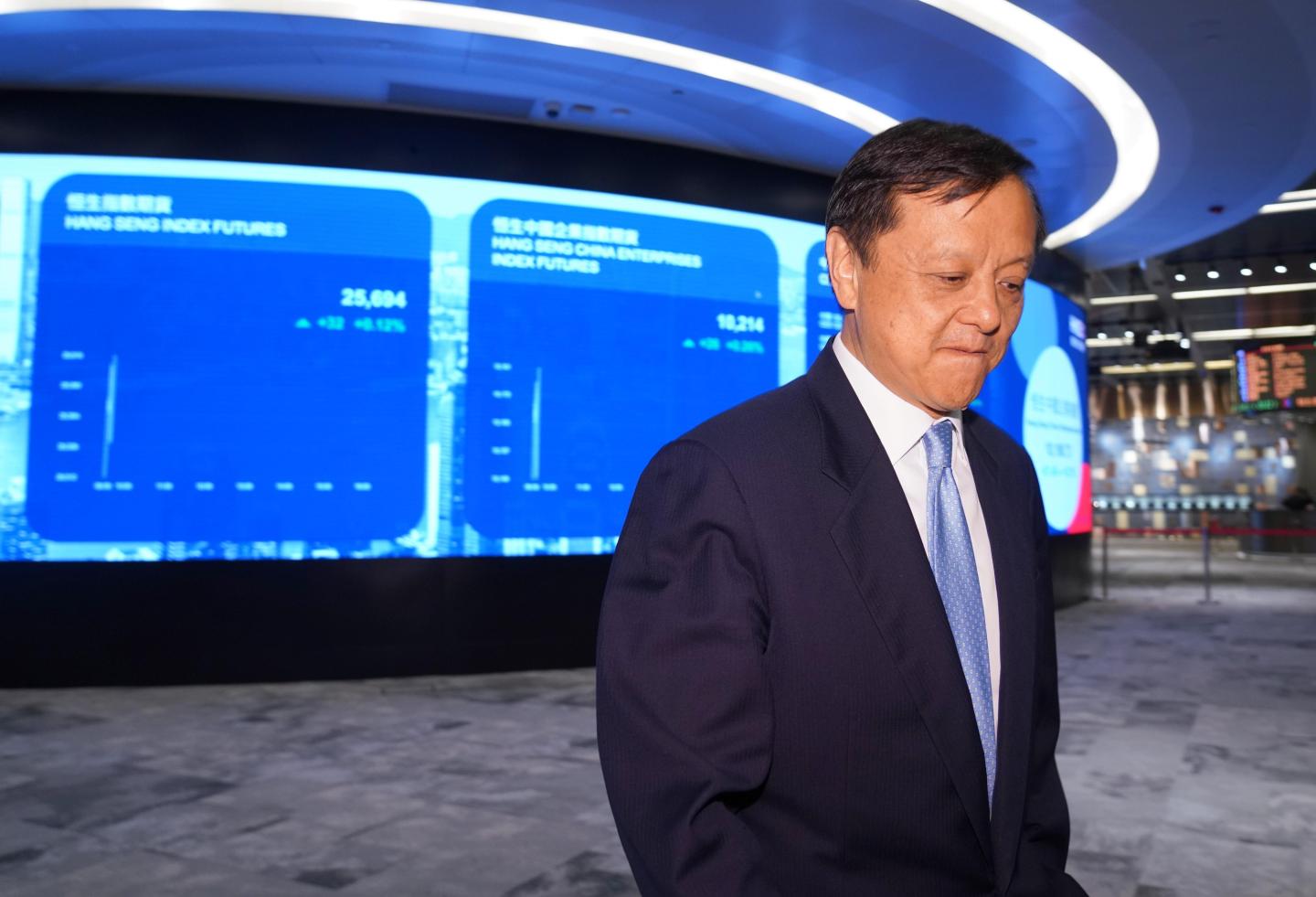 Charles Li, who runs Hong Kong Exchanges and Clearing Ltd., said on Friday he’s sorry for any confusion caused by his remarks that civil unrest had exposed faults underlying the “one country two systems” framework for the city’s return to Chinese rule in 1997. “I am the biggest supporter of one country two systems,” he said.

Earlier this week, he had said the system’s initial execution was fundamentally flawed and noted that Beijing authorities never trusted the former British colony to uphold its rule. On Friday, he said the design is perfect and that it’s only a problem of implementation. He said he shouldn’t have touched on such politically-sensitive issues as a businessman. His intent had been to give people abroad context and a more complete picture of what’s happening in Hong Kong.

Comments when “translated into pieces, and translated and reported out of context,” may sometimes not precisely reflect the speakers’ intent, he said on Friday.

Li, the first Chinese national to lead the stock exchange in the former British colony, made his controversial comments in London earlier this week, just days before the police shot tear gas into crowds along streets and bars celebrating Halloween. Until his remarks, CEOs and other business leaders in Hong Kong had largely avoided discussing the months-long pro-democracy protests, a topic that’s repeatedly proven problematic for a variety of prominent figures outside China.

For executives, the danger of wading in is that they risk upsetting authorities in Beijing — but also protesters, who’ve targeted stores including local franchises of Starbucks over perceived slights.

The National Basketball Association had its exhibition games pulled from the airwaves in China and its Chinese sponsors disappear after the Houston Rockets’ general manager tweeted his support for the protesters. Meanwhile, activists called for protests at Apple stores after the company pulled a live-mapping app that tracked deployments of police.

Even actions by rank-and-file employees can drag companies into the controversy. Cathay Pacific Airways Ltd. has fired staff and threatened to terminate workers for supporting the demonstrations, let alone participating in them. And French lender BNP Paribas SA publicly apologized for a posting on an employee’s personal social media account, saying it doesn’t tolerate “disrespectful” language.

The protests already have weighed on HKEX in other ways. Last month, the exchange dropped a 29.6 billion-pound ($38 billion) unsolicited takeover bid for London Stock Exchange Group Plc after opposition from the U.K. company and a cool reception from Beijing. The proposal failed to win support in China, where the official People’s Daily pointed to “persistent worries” about Hong Kong given the current unrest and instead promoted LSE’s existing tie up with the Shanghai Stock Exchange.

—Deadly Chile protests put climate summit on the back burner
—Investors cheer the Italian side of the Fiat-PSA merger
—How France became the EU’s lone economic “bright spot”
—Hong Kong has officially entered recession, but its IPO market is the world’s best
—Europe is starting to declare its cloud independence
Catch up with Data Sheet, Fortune’s daily digest on the business of tech.