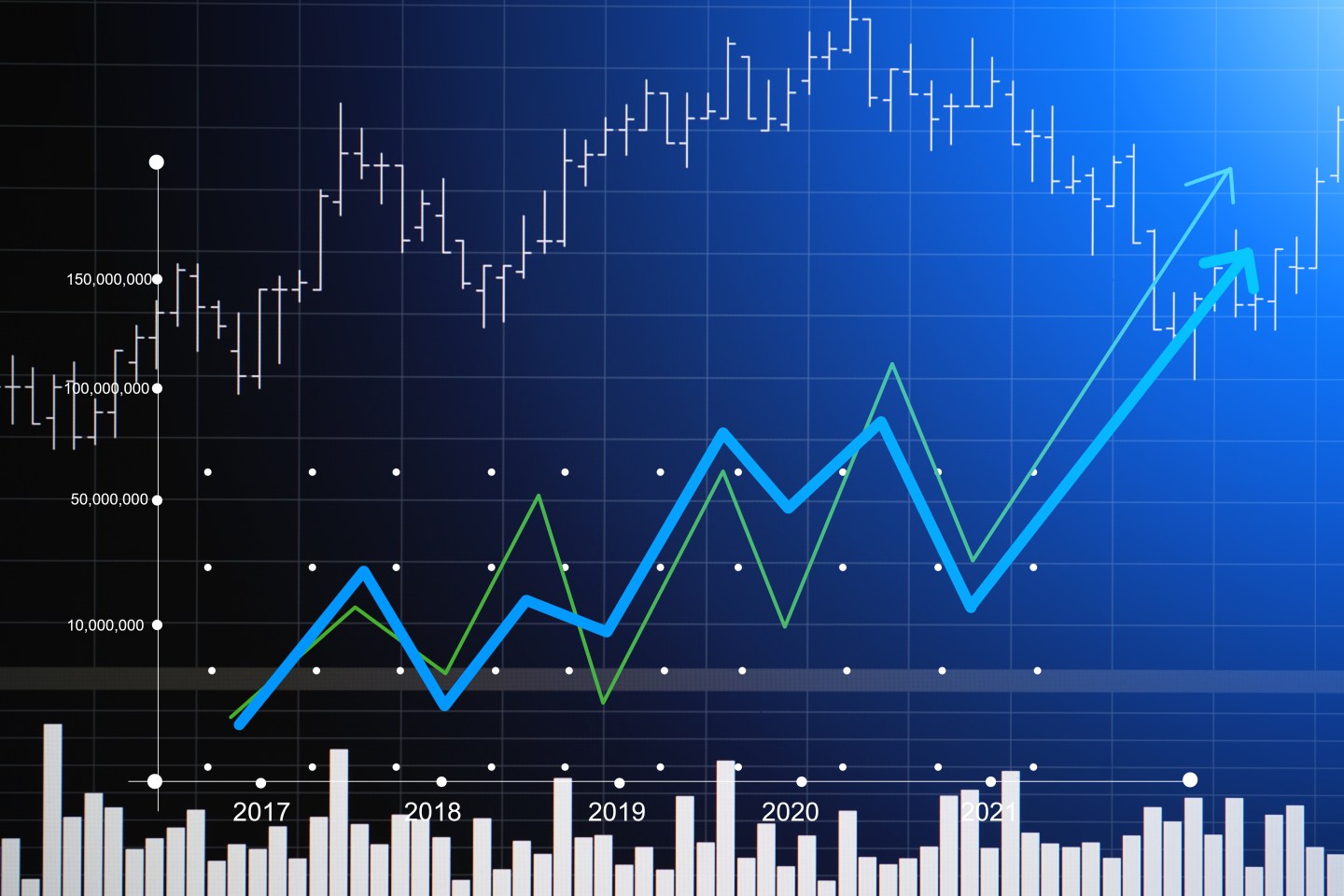 The stock market is enjoying a rollicking 2019. Through the week ending October 25th, the S&P 500 was up more than 23%. These gains are aided by the fact that stocks fell nearly 20% at the end of 2018 and bottomed out on Christmas Eve of last year.

Last year saw a fierce rally trip all over itself to end the year which makes many investors nervous that we’re setting up for another leg down this year in a similar fashion. In fact, according to the most recent Barron’s Big Money Poll, only 27% of money managers are bullish on the market’s prospects over the next 12 months, the lowest reading in more than 20 years. Almost one-third of professional managers surveyed for this poll consider themselves bearish.

History shows us stock markets tend to follow Sir Issac Newton’s theory that an object in motion stays in motion in the same direction. The S&P 500 was up nearly 21% through the first nine months of this year. These types of gains are actually more normal than you might think. If we go back to 1926, the S&P has been up double-digits through the first three-quarters of the year on 42 occasions (including this year). So almost half of all calendar years have given investors double-digit returns going into the final quarter of a year.

So how many of those gains continued into year-end?

A surprisingly high number actually. Of the previous 41 years in which the S&P 500 was up double-digits through September 30, there were gains in the 4th quarter on 35 occasions. And 29 of those gains were 3% or higher. The average quarterly gain for the entirety of this time frame was roughly 3%. In 23 years since 1926, the S&P was up 20% or more through the first three quarters of the year. The market was down in the 4th quarter in just 3 out of those 23 years.

There is a catch here though. The momentum effect has been strong in the stock market historically but the reversals can be brutal. Three out of the six down quarters following a double-digit return heading into the final three months of the year saw stocks fall by double-digits in the ensuing quarter.

One of these massive reversals was last year when the S&P 500 fell nearly 14% in the 4th quarter following big gains to start the year. The other two momentum crashes to end the year came in 1929 and 1987. Stocks were up almost 27% in the first nine months of the year in 1929 but fell close to 28% in the final three months of the year as the mighty Great Depression was underway.

In 1987, the S&P 500 shot out of a cannon, up 36% on the year by the end of September. Then stocks experienced the biggest one-day crash in history in the next month. The bulk of the losses occurred on Black Monday in 1987 but stocks ended the 4th quarter of that year down almost 23%.

So there’s good news and bad news based on the wonderful gains investors have experienced thus far in 2019. The good news is most of the time when stocks are up big three-quarters of the way through the year, they continue to see above-average gains for the remainder of the year. Gains should be the baseline assumption because they’ve occurred 85% of the time in this situation. But market data is littered with outliers so the bad news is big gains can also be followed by big losses during momentum crashes.

This is actually a microcosm of the behavior of the stock market itself. Most of the time stocks go up And when they go up they tend to go up a lot. But sometimes stocks go down and do so in a violent fashion. Those violent crashes historically have come following large gains in a short period of time.

This Dr. Jekyll and Mr. Hyde act by the stock market is one of the reasons it has higher expected returns over the long haul than other financial assets. Those big gains wouldn’t be present if it wasn’t for the possibility of big losses.

—Why there’s never been a better time to be an individual investor
—The HENRYs—high earners, not rich yet—may finally be having their moment
—Mastercard moves beyond plastic with new bets in healthcare, supply chain, and fintech
—What handing out full size candy bars on Halloween says about you
—Another wrinkle emerges in the WeWork saga
Don’t miss the daily Term Sheet, Fortune’s newsletter on deals and dealmakers.