Tesla Chair Robyn Denholm on Musk: ‘I Don’t Expect Normalcy in That Environment’ 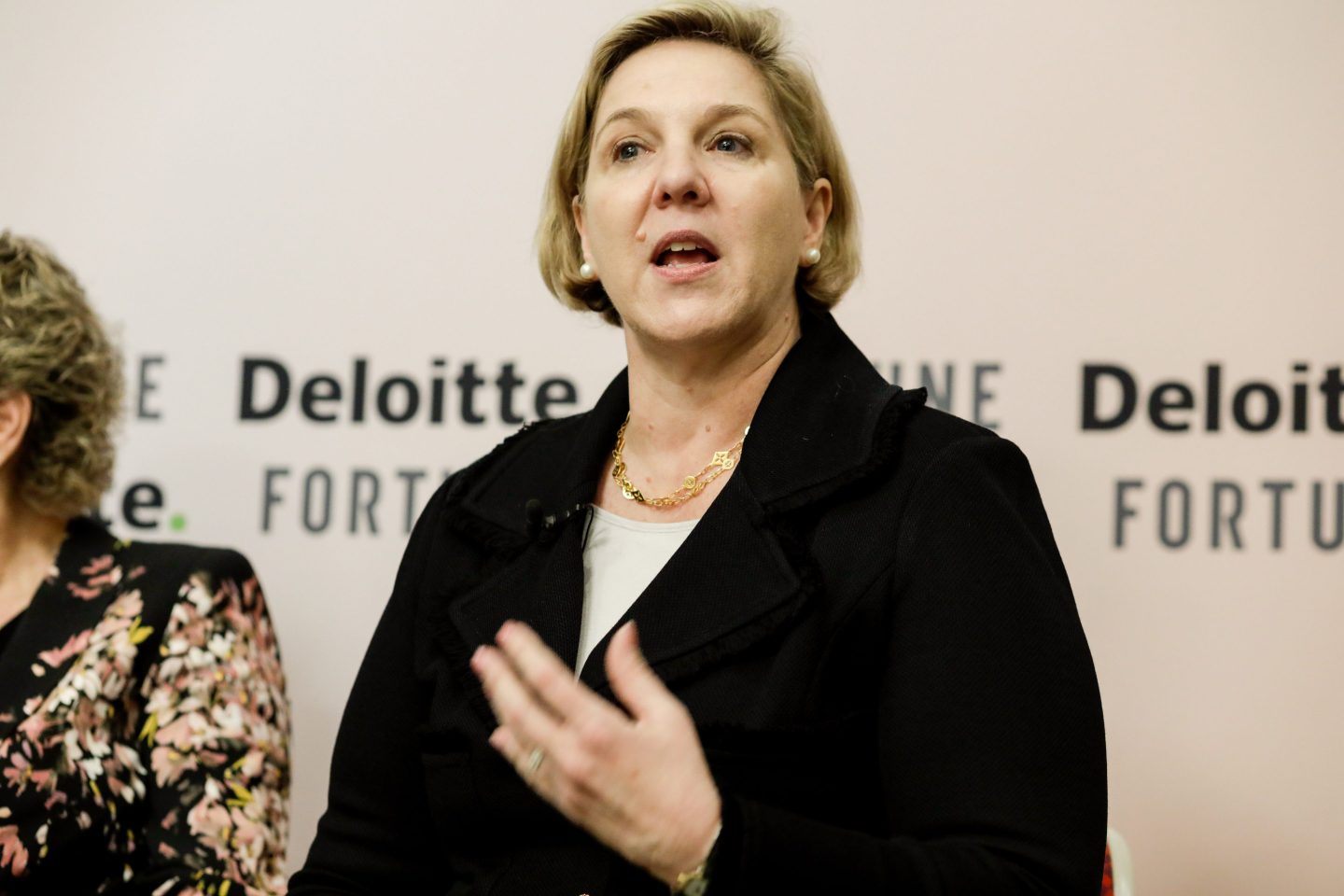 Photograph by Danuta Otfinowski for Fortune

Tesla CEO and founder Elon Musk may be famous for the sort of unpredictable, headache-inducing antics that test investors and regulators, but how is it chairing his company’s board?

“It’s a joy to be working in that environment,” said Robyn Denholm, speaking at the Fortune Most Powerful Women Summit in Washington, D.C. on Tuesday morning. Denholm replaced Musk as Tesla’s board chair last November after the founder settled  fraud charges, related to a series of tweets, with the Securities and Exchange Commission.

“There are very few people in the world like Elon, and the world needs more of them,” said Denholm, who left her role as CFO and head of strategy at Telstra, the Australian telecommunications firm, to chair Tesla’s board full time.

Denholm added that she has worked with a number of founders during her career and that the standard is different. “In this world you can’t be a disruptor part of the time. You can either be a disruptor and innovator as an individual or not,” she said. “I don’t expect normalcy in that environment whether it’s Elon or one of the other innovators I’ve worked with.”

She didn’t open up about the day-to-day of overseeing the company that Musk built and manages, but she said of the joys of the job: “You can see the progress. Nobody, 15 years ago, was thinking about electric vehicles or sustainable energy with batteries. Today, the fact that the rest of the industry is moving that way is phenomenal. That would not have happened without Elon.”

Mellody Hobson, who previously chaired the board of DreamWorks Animation and currently serves on the boards of Starbucks and JPMorgan, agreed that there’s a different dynamic between founder-run companies and those led by an outsider. “The culture is very different,” she said. “Founders are rule breakers, they’re not-conventional in their thinking. They tend to be extraordinarily open-minded but also very, very strong-willed.”

Hobson noted that serving on the boards of founder-run companies takes a special skill: “You have to stand up for yourself. They don’t want a bunch of ‘yes’ people around them. You have to be able to challenge them in your own way, but they’re also used to getting their own way.”

—How a corporate board can engage on company culture
—Female directors agree a “blunt instrument is necessary” to get women on boards
—How to avoid the biggest ‘decision trap’ in business
—Peloton’s CFO has “so much sympathy” for WeWork
—Corporate pivots are often disruptive. They don’t have to be
Keep up with the world’s most powerful women with Fortune’s Broadsheet newsletter.