The U.S. Coal Industry Is Expecting Another Wave of Widespread Job Losses 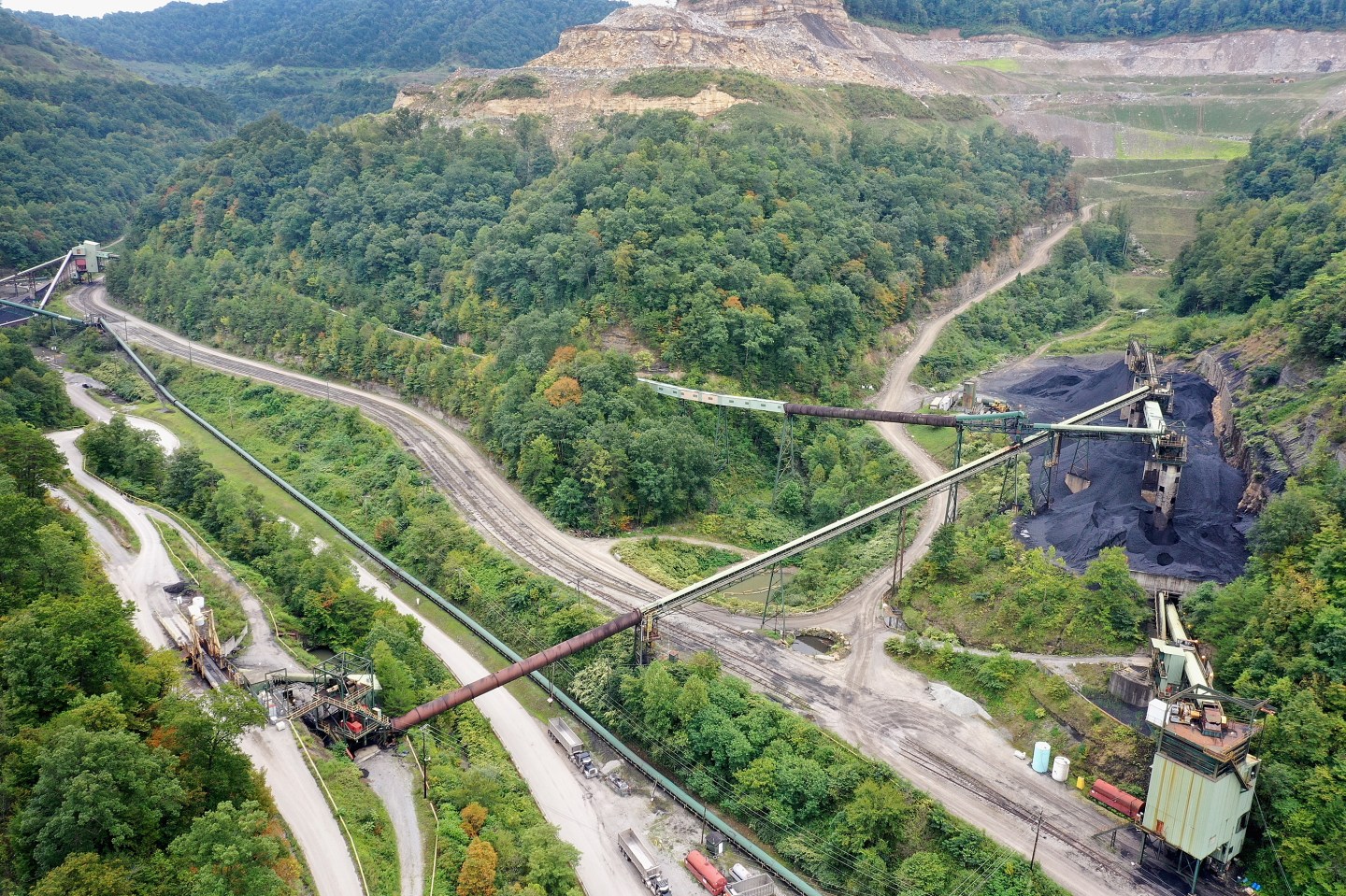 PIKEVILLE, KENTUCKY - AUGUST 24: Coal is mined from a mountainside at a strip mine operation on August 24, 2019 near Pikeville, Kentucky. The area in Eastern Kentucky, once littered with coal mines, is seeing that lifeblood rapidly slip away. The region has lost more than 15 percent of its mining jobs in the past year and less than two thirds of the jobs remain from a decade ago. Recently, more than 300 miners in nearby Harlan County lost their jobs when Blackjewel LLC declared bankruptcy. (Photo by Scott Olson/Getty Images)
Scott Olson—Getty Images

The clearest sign yet that America’s Coal County is headed for widespread job cuts: The amount of coal being produced per U.S. miner is at the lowest level in eight years.

Productivity has slid 11% this year alone. The last time it was this low was in 2011, when coal companies ended up cutting almost half their workers in a downturn that lasted more than four years.

It underscores the intense pressure facing U.S. coal producers. For years, they relied on exports and metallurgical coal used for steel making to offset shriveling demand from U.S. utilities. Now even those markets are suffering as the global economy slows, liquefied natural gas becomes cheap and plentiful in Asia and President Donald Trump’s trade war churns away. The bottom line: U.S. production is expected to slide 10% this year, and jobs are at risk.

“It’s highly likely there will be more layoffs,” said Phil Smith, a spokesman for the United Mine Workers of America union. “I don’t think there’s any question.”

The looming downturn comes as Trump, who vowed to rescue the coal industry by easing environmental regulations, begins his re-election campaign. Winning a second term will hinge in part on mining strongholds he carried in 2016, including West Virginia and Pennsylvania.

The White House didn’t immediately respond to a request for comment.

“Most coal-mining companies will have to reassess production,” said Mike Dudas, an analyst with Vertical Research Partners.

The number of U.S. coal jobs bottomed out at about 48,800 in 2016 as Arch Coal Inc., Peabody and other big miners worked their way through bankruptcy, according to the U.S. Bureau of Labor Statistics. Then, as exports picked up and Trump began his push to roll back environmental regulations, hiring followed suit. The industry added about 4,500 jobs through last month.

Now the market has turned. Lower production means U.S. coal workers will each produce an average of about 12,700 tons this year, based on an analysis of production estimates from the U.S. Energy Information Administration and employment figures from the Bureau of Labor Statistics. That’s the second-lowest production rate in two decades.

The moves reflect the confluence of woes pummeling the industry. Electricity producers are shunning the fuel in favor of cheaper natural gas, wind and solar. Global prices for coal shipped to power plants have plunged by more than one-third in the past year in both Europe and Asia. Met coal prices fell last month to the lowest since January 2017, and there’s little sign of a recovery.

“There are few positive catalysts that will lift met coal prices over the next few months,” Lucas Pipes, an analyst with B. Riley FBR, said in a research note Thursday.

Weak demand in South America and Europe, coupled with port restrictions in China, led to an oversupply of steelmaking coal, and Pipes reduced his earnings estimates on several U.S. suppliers including Peabody and Arch.

“People are going to start to hunker down,” said Dudas of Vertical Research. “They won’t ship product into a market that doesn’t need it.”