Exclusive: A Luxury Candle Startup Raises $2.7 Million in Seed Round Backed by Co-Founders of Casper and Venmo 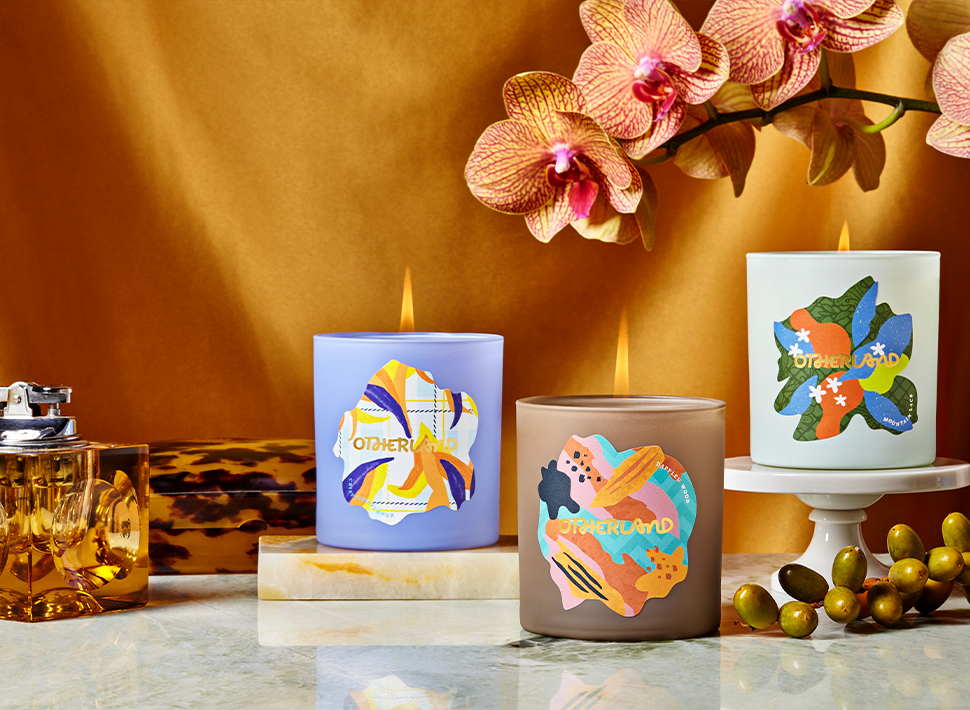 Otherland is about to launch three new scents this fall.
Otherland

Hot on the heels of the Diptyque obsession, the luxury candle market is burning up—and burning through cash.

The latest entry into the market is aiming for the aspirational window between luxury and commercial while maintaining a sophisticated, if not slightly edgier, aesthetic.

Founded in 2017 by a pair of Columbia Business School alums, Otherland candles are not objects that emit a soft scent sit in the background. These are avant-garde statement pieces with the intention of attracting millennial and Generation Z buyers. Co-founder and CEO Abigail Cook Stone started out as an art buyer for Ralph Lauren, and while noting she has been “mildly obsessed with candles” her whole life, Stone says she found the best candles were often too expensive, but budget-friendly options often had extra-sweet fragrances with lackluster designs. Recognizing a gap in the market, Stone says she came up with the idea for Otherland as a modern candle brand with extra verve.

“Speaking to my friends, I learned I wasn’t alone in my daily consumption of candles; in fact, candles passed the ‘toothbrush test’ of daily use,” Stone tells Fortune. “I realized I had an opportunity to create a modern brand with a focus on art while incorporating storytelling and community.”

Previously, Otherland raised from individual angel investors and family offices. This is the company’s first institutional venture funding. “Initially, we weren’t sure if going the venture route was right for Otherland, so we wanted to wait before making that decision,” Stone explains. “The time horizon for return on investment is a lot shorter for venture funding, and there’s a lot of additional pressure there that doesn’t make sense for every business. We needed to carefully consider it and get some initial data before going down the venture path.” Stone says that she and her co-founder COO Sayyid Markar, a Birchbox vet who also serves as Otherland’s chief operating officer, decided to go the traditional VC route after seeing a higher rate of customer retention (nearly three purchases annually).

“There’s a clear demand for a thoughtful, considered product that people can open, experience, and immediately relate to. Abigail’s sharp approach to redefining how we consider and buy candles shows a vision that speaks to today’s wellness-focused society,” wrote Philip Krim, CEO and co-founder of Casper, in a statement. “Plus, it doesn’t hurt that her product and company are taking on an industry gap and specifically catering to the millennial home decor space.”

In 2018, the brand collaborated with The Wing to produce an exclusive scent inspired by their community workspaces.
Otherland

But Otherland faces an uphill battle of selling a sensory-based product online. Part of the draw of buying a candle in person is being able to smell it, and frankly, not all rose-scented candles smell the same, as just one example. To overcome this, the company says it’s taking “a visual-first approach to the challenge of selling scent online” by working with a group of artists on each new collection, which will be grouped around a specific story with the idea of what Stone describes as “creating an experiential objet d’art.”

“We believe the future of home fragrance—to win in the digital space—needs
to be visual-first,” Stone explains, stressing that her background in art is core to making Otherland succeed. “It was the starting point for all of my conversations with potential investors and remains that way for all that we do.”

Otherland’s candles are made in the United States, using a coconut and soy wax blend, with the company stressing it uses “non-toxic ingredients.” Otherland also touts that the colorful frosted glass tumblers can be reused after the candle is burned through (an estimated 55 hours of burn time per candle). The tumblers shouldn’t be used for drinking or eating, but they can be used for decorative storage, such as holding pens and pencils, makeup brushes, or cocktail utensils.

“The candle industry is old-school in the sense that scent has always been thought to be the primary driver of purchase, and we’ve managed to breakthrough with a customer base that makes, on average, nearly three purchases a year without even smelling our product,” Stone says. “We’ve created a brand built to be successful in the modern world: to be discovered, engaged with, bought, shared and scaled through digital channels.”

The “Cardamom Milk” scented candle. Described as “an elegant upgrade to pumpkin spice,” the candle is a blend of cardamom, frothy milk, and praline aromas.
Otherland

Right now, Otherland offers less than a handful of year-round favorites within its Core Collection, available individually or through a “Build Your Own” custom three-pack bundle. Otherland is filling out its portfolio with limited edition seasonal scents. This fall, the company is debuting three new scents: Crisp Cornflower, Dappled Wood, and Mountain Lace.

Otherland also collaborated with the female-focused co-working space The Wing on an exclusive, autumn-themed candle, described to be inspired by the “warmth” of the collective’s community. Given that the scent “Harvest” is now the official signature scent of The Wing—currently burning in all of The Wing’s locations nationwide—Otherland’s product has the potential to become synonymous with these locations, similar to how other scents are specific to certain retailers or products, developing devoted fan bases in the process. Hair salon chain Drybar, for example, recently debuted its own candle that smells like the inside of its blow-dry locations. (It might be hard to believe anyone would want to buy a candle that smells like products from a hair salon, but if you’ve been in a Drybar, you might understand.)

Otherland’s The Wing candle is available for purchase to everyone (No Wing membership needed). As for the regular line, a single candle retails for $36, while customers can save up to $19 on a 3-pack bundle, which retails for $89. Each order comes with a coordinating matchbox, and gift-givers can add a personalized note card and matchbox.

—Cannabis dos and don’ts from an etiquette expert
—Tips and treats for stress-free travel with pets
—What happens to the clothes you forget to pick up from the dry cleaner?
—Do fashion collaborations actually make restaurants money?
—Why this New York City museum is in an elevator shaft
Follow Fortune on Flipboard to stay up-to-date on the latest news and analysis.