Will Kurt Volker Define Trump’s Role in the Ukraine for Impeachment Inquiry? 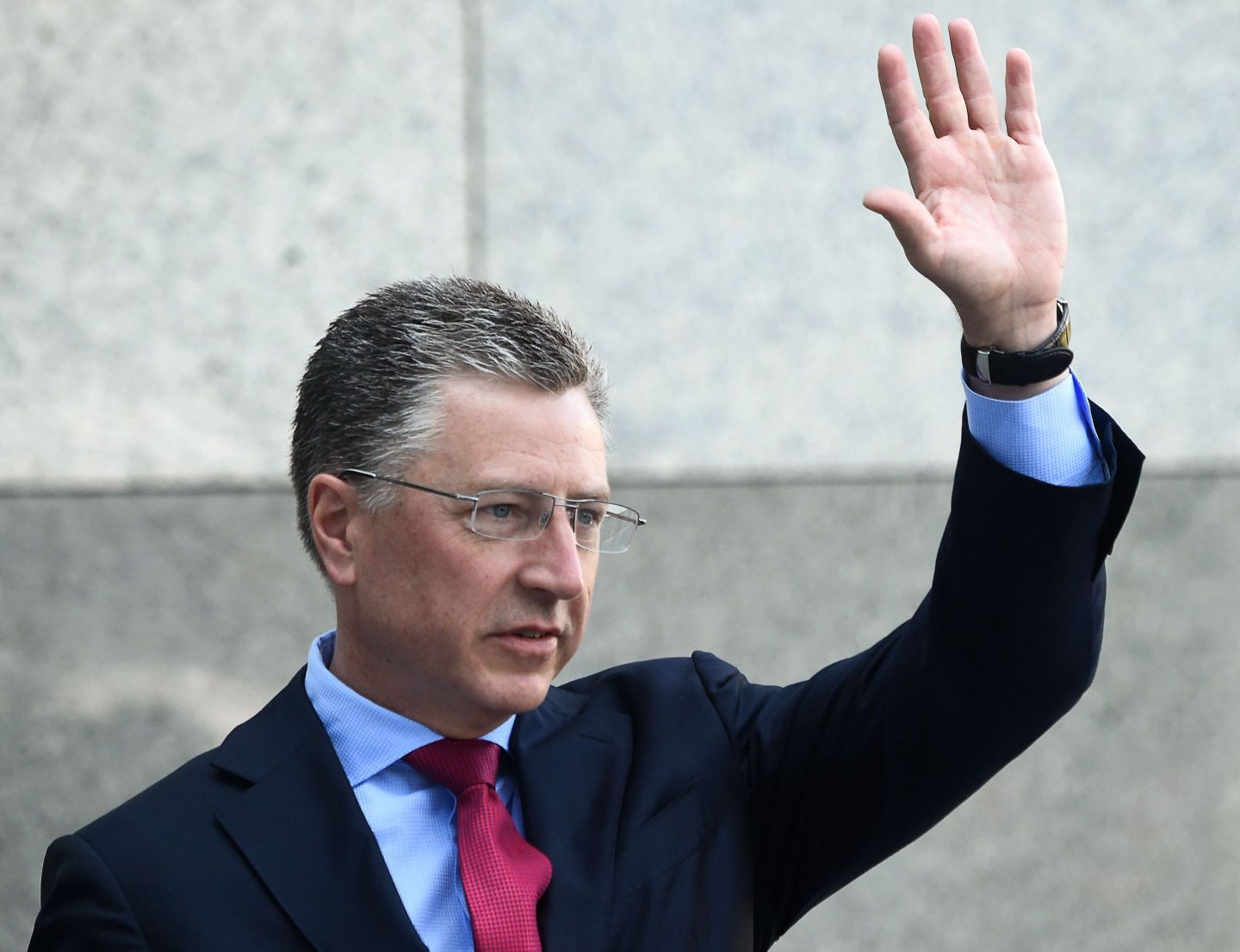 Kurt Volker, former U.S. envoy to the Ukraine, is expected to voluntarily give a deposition tomorrow before a House committee conducting an impeachment inquiry into whether President Donald Trump abused his authority by asking Ukraine’s president to investigate his political rival Joe Biden.Sergei Supinsky/AFP/Getty Images
Sergei Supinsky—AFP/Getty Images

President Donald Trump’s special envoy to Ukraine met last year with a top official of the same Ukrainian energy firm that paid former Vice President Joe Biden’s son to serve on its board. The meeting took place even as Trump’s private lawyer, Rudy Giuliani, was pressing Ukraine’s government to investigate the company and the Bidens’ involvement with it.

Kurt Volker, who abruptly resigned his post as U.S. special representative for Ukraine negotiations last week, met in late September 2018 in New York with an adviser to the board of directors of Burisma Group, the Ukrainian firm that had hired Hunter Biden as a director in 2014. Their encounter on the sidelines of a think tank event was confirmed by several others who attended the event, as well as by an account and photo of the two men together posted on Burisma’s website. The event was organized by the Atlantic Council, a Washington-based foreign policy think tank.

The Sept. 24, 2018, encounter between Volker and Pozharskyi highlights the dissonance between Giuliani’s assertions on Twitter that Burisma was a “corrupt company” and demands that the Bidens’ role be investigated, as well as the envoy’s efforts to conduct day-to-day relations with Ukraine’s government and corporate interests.

On Thursday, Volker is expected to voluntarily give a deposition before a House committee as part of its impeachment inquiry into whether Trump abused his authority by asking Ukraine’s president to investigate Biden, a leading Democratic rival in the 2020 election.

Volker resigned after his name surfaced in a whistleblower complaint alleging Trump sought to pressure Ukraine’s president to investigate Hunter Biden, his father, and Burisma. Biden’s son was a Burisma board director until departing before Joe Biden announced his campaign for the presidency in April. There has been no evidence of wrongdoing by either the former vice president or his son, and the Ukrainian firm has not been convicted of any criminal activities.

The intelligence community whistleblower’s report says Volker provided advice to Ukrainian leaders about how to “navigate” Trump’s demands for a Ukrainian government probe of the Bidens and Burisma. Giuliani has said that Volker offered to put him in touch with an aide to Ukrainian President Voldymyr Zelenskiy.

Details of the Sept. 24 encounter between Volker and Pozharskyi were not immediately available, though Burisma said Pozharskyi “held a number of meetings with U.S. officials.” The two men had met previously in late 2017 at another Atlantic Council event, according to a release and photo posted on the Burisma site. Volker was in New York last September during the annual session of the UN General Assembly and on Sept. 25 he met with then-Ukrainian President Petro Poroshenko, according to a Ukrainian government account.

“It would have made perfect sense for Kurt to meet with the Burisma people,” said Daniel Fried, a former top State Department sanctions policy official who also met Pozharskyi during the same gathering. The problem, Fried said, was the “whispering campaign” against the Bidens and Burisma occurring at the same time. Fried is a senior fellow at the council’s Future Europe Initiative and Eurasia Center.

Volker and Pozharskyi did not respond to repeated emails and calls from The Associated Press to learn more about their meeting during the Atlantic Council’s Ukraine Strategy Council, a gathering of officials and foreign policy experts steeped in Ukrainian issues.

A White House spokesman declined to comment on Volker’s meeting with Pozharskyi. The spokesman deferred to Giuliani and State Department officials, who did not return Associated Press requests for comment.

Giuliani and pro-Trump researchers have accused Joe Biden of demanding the firing of a Ukrainian prosecutor who had previously investigated Burisma. Biden and other Obama administration officials say his effort in 2015 and 2016 had nothing to do with Hunter Biden, but instead was a shared goal of the U.S. and other foreign allies at the time. The Ukrainian prosecutor was accused of failing to tackle Ukraine’s entrenched corruption and had refused to aid an earlier British probe of Burisma.

John Herbst, a former U.S. ambassador to Ukraine and director of the Atlantic Council’s Eurasia Center, said the organization did not organize any meetings between Burisma and U.S. officials and had not been aware of any contacts between them at the 2018 New York event.

Burisma has been a major donor to the think tank in recent years. The council’s latest annual report shows Burisma donated between $100,000 and $249,000 between 2018 and 2019. Herbst said the firm made a more recent donation, but did not disclose the amount. Herbst acknowledged the controversy shadowing Burisma since its hiring of Hunter Biden in 2014, but said he has seen no evidence that the firm had done “anything untoward.”

Mykola Zlochevsky, Burisma’s founder, spent $90,000 on lobbying Congress and the State, Treasury and Energy departments between 2014 and 2016, but has since relied on Pozharskyi as his company’s lead voice in the U.S.

Herbst said he could not confirm that Volker met with Pozharskyi on the sidelines of the Atlantic Council event, but noted that it was “Volker’s job to meet with as many people as possible” in the U.S. and Ukraine to further relations between the two countries.

—Why the ouster of U.S. Ambassador to Ukraine is seen in new light with impeachment inquiry
—A running list of questions on the impeachment inquiry, answered
—How circumstances around Donald Trump’s impeachment inquiry differ from Bill Clinton’s
—12 candidates qualify for October Democratic presidential debate
—How whistleblowers have taken down titans of American business
—25 most powerful women in politics
Follow Fortune on Flipboard to stay up-to-date on the latest news and analysis.