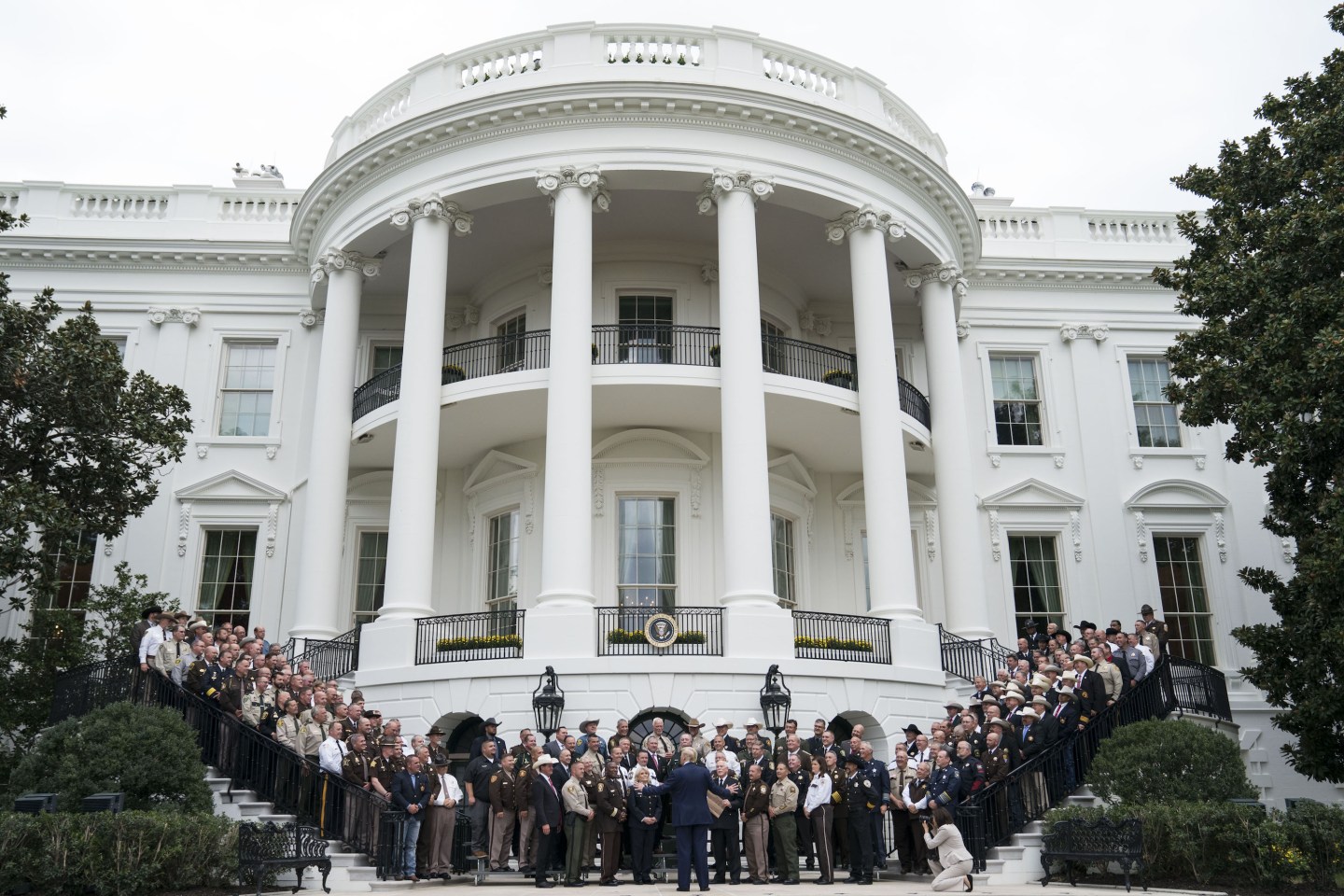 The White House on Friday confirmed a key detail in the intelligence whistleblower’s complaint alleging President Donald Trump abused the power of his office.

A senior administration official acknowledged the rough transcript of Trump’s July 25 phone conversation with Ukrainian President Volodymyr Zelensky was moved to a highly classified system maintained by the National Security Council at the direction of attorneys. The motivation and timing of the move remained unclear.

The whistleblower complaint, which is at the center of the House Democrats’ impeachment inquiry, said the move to “lock down” details of the call suggested “White House officials understood the gravity of what had transpired in the call.” Trump has argued everything was “appropriate.”

White House attorneys were made aware of concerns about Trump’s comments on the call before the intelligence community whistleblower sent his allegations to the inspector general.

The official was granted anonymity Friday to discuss sensitive matters.

Confirmation of the detail came as Trump stepped up his campaign against the anonymous whistleblower and the unnamed “White House officials” cited in the complaint, drawing a warning from House Speaker Nancy Pelosi against retaliation.

The complaint alleges Trump abused the power of his office to “solicit interference from a foreign country” in next year’s U.S. election. In the July 25 phone call, days after ordering a freeze to some military assistance for Ukraine, Trump prodded the new Ukrainian president to investigate Democratic rival Joe Biden and volunteered the assistance of both his personal attorney, Rudy Giuliani, and Attorney General William Barr.

Late Thursday, Trump denounced people who might have talked to the whistleblower as “close to a spy” and suggested they engaged in treason, an act punishable by death. Then on Friday, he targeted the complainant, a CIA officer, tweeting, “Sounding more and more like the so-called Whistleblower isn’t a Whistleblower at all.”

He also alleged. without evidence, that information in the complaint has been “proved to be so inaccurate,” though none of the allegations have been demonstrated to be incorrect.

Pelosi told MSNBC’s “Morning Joe” show, “I’m concerned about some of the president’s comments about the whistleblower.”

She said the House panels conducting the impeachment probe will make sure there’s no retaliation against people who provided information in the case. On Thursday, House Democratic chairmen called Trump’s comments “witness intimidation” and suggested efforts by him to interfere with the potential witness could be unlawful.

Trump’s Friday comment questioning the whistleblower’s status could foreshadow an effort to argue legal protection laws don’t apply to the person, opening a new front in the president’s battles with Congress. The intelligence community’s inspector general found the whistleblower’s complaint “credible” despite finding indications of the person’s support for a different political candidate.

As more Democrats have lent support to investigations that could result in the removal of the president, Pelosi has moved to focus the probe on the Ukraine matter, rather than the array of other open inquiries.

“I think we have to stay focused, as far as the public is concerned, on the fact that the president of the United States used taxpayer dollars to shake down the leader of another country for his own political gain,” she said Friday.

Pelosi declined to provide a timeline for the House impeachment investigation.

“They will take the time that they need, and we won’t have the calendar be the arbiter,” she said. But she added, “It doesn’t have to drag on.”

Meanwhile, Republicans were straining under the uncertainty of being swept up in the most serious test yet of their alliance with the Trump White House.

“We owe people to take it seriously,” said Sen. Marco Rubio, R-Fla., a onetime Trump rival who is now a member of the intelligence committee.

“Right now, I have more questions than answers,” he said. “The complaint raises serious allegations, and we need to determine whether they’re credible or not.”

Legal experts said, by following proper procedures and filing concerns with the government rather than disclosing information to the media, the anonymous complainant is without question regarded as a whistleblower entitled to protections against being fired or criminally prosecuted.

“This person clearly followed the exact path he was supposed to follow,” said Debra D’Agostino, a lawyer who represents whistleblowers. “There is no basis for not calling this person a whistleblower.”

Lawyers say it also doesn’t matter for the purposes of being treated as a whistleblower if all the allegations are borne out as entirely true, or even if political motives or partisanship did factor into the decision to come forward.

How the White House handled the complaint

Fresh questions were raised late Thursday about how the White House and the Justice Department handled the whistleblower complaint. The administration initially blocked Congress from viewing it, and only released a redacted version to lawmakers this week after the impeachment inquiry had begun.

White House and Justice Department attorneys were aware of the concerns about Trump’s call with Zelensky before the complaint was filed, according to a U.S. official and a person familiar with the matter. The intelligence official initially filed a complaint with the CIA about Trump’s dealings with Ukraine, which then alerted the White House and the Justice Department. The whistleblower then filed their concerns with the intelligence community’s inspector general, a process granting the individual more legal protection.

The person familiar with the matter, as well as another person with knowledge of the case, confirmed the whistleblower was a CIA officer.

The Associated Press is publishing information about the whistleblower’s background because the person’s credibility is central to the impeachment inquiry into the president. The New York Times first reported the individual was a CIA officer.

The U.S. official and the two people familiar with the matter spoke to the AP on the condition of anonymity because they were not authorized to speak publicly.

Whistleblower attorney Mark Zaid said publishing details about the individual places the person in a dangerous situation, personally and professionally. The CIA referred questions to the inspector general.

–A running list of questions on the impeachment inquiry, answered
-White House punching back on impeachment with its Mueller strategy
–5 allegations made in the declassified whistleblower complaint
–What is CrowdStrike? Trump mentioned the company in his Ukraine call
-How impeachment momentum massively shifted among democrats
-The 25 most powerful womenÂ in politics
Follow Fortune on Flipboard to stay up-to-date on the latest news and analysis.