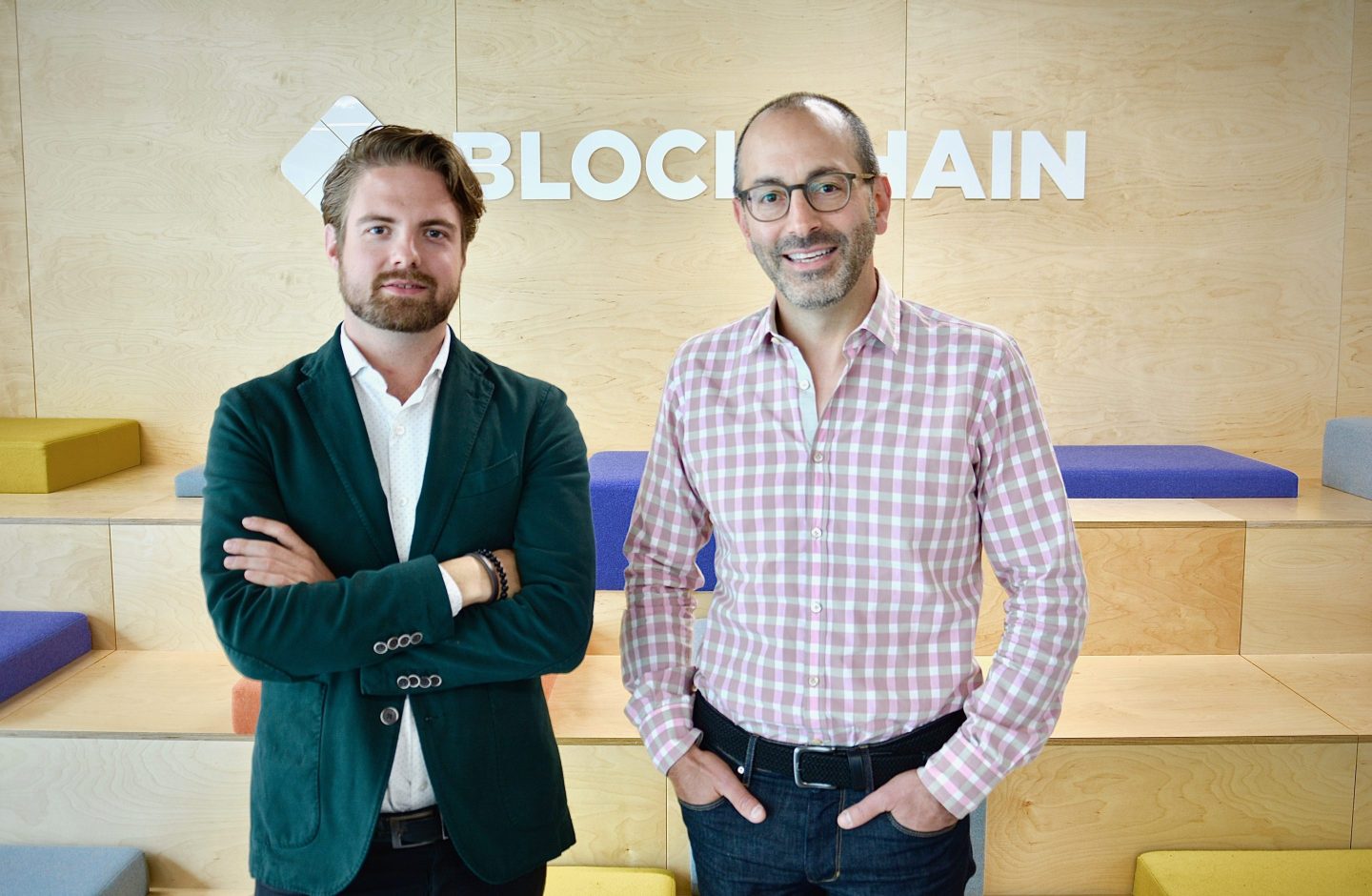 The London-based cryptocurrency firm Blockchain announced on Tuesday it has hired Howard Surloff, a former senior executive investment at firm Blackrock, to be its general counsel.

The move comes as Blockchain, best known for its wallet software, is expanding into the crypto exchange space, and is navigating ongoing regulatory uncertainty hanging over the larger cryptocurrency industry.

In an interview with Fortune, Surloff said he decided to leave the traditional banking world because he was looking to work in a startup environment—something he has experienced in the past overseeing new divisions at Blackrock and, prior to that, at Goldman Sachs.

“I hated wearing suits and I don’t have to do that here,” said Surloff. “I wanted something smaller, entrepreneurial, and intellectually challenging.”

At Blockchain, Surloff will work alongside Marco Santori, a prominent cryptocurrency attorney, who is staying on as the company’s President and Chief Legal Officer.

Surloff says he is deeply familiar with blockchain technology but is still learning the nuances of the legal issues surrounding cryptocurrency. He said he was not prepared to comment on why Blockchain did not join a consortium of crypto exchanges that on Monday announced a rating system to evaluate whether digital tokens are securities.

The legal status of digital tokens is a touchy subject for the crypto industry. The SEC has repeatedly signaled that all cryptocurrencies aside from Bitcoin and Ethereum are likely securities that can’t be sold to the general public. On Monday, the agency announced a $24 million fine against Block One, which undertook the largest ever token offering, raising $4 billion in 2017 for a token called EOS.

Surloff is not the first attorney from the traditional finance world to take on a senior role at a cryptocurrency firm. Others include Brian Brooks, who left his position as general counsel at mortgage giant Fannie Mae in 2018 to take the top legal job at Coinbase.

—WeWork IPO filing withdrawn as roadshow leads to a dead end
—Here’s all the tech Intel plans to launch at the Tokyo 2020 Olympic Games
—How SoftBank burns Silicon Valley bridges and still comes out on top
—Will the Bakkt launch help Bitcoin go mainstream?
—Listen to our audio briefing, Fortune 500 Daily
Follow Fortune on Flipboard to stay up-to-date on the latest news and analysis.