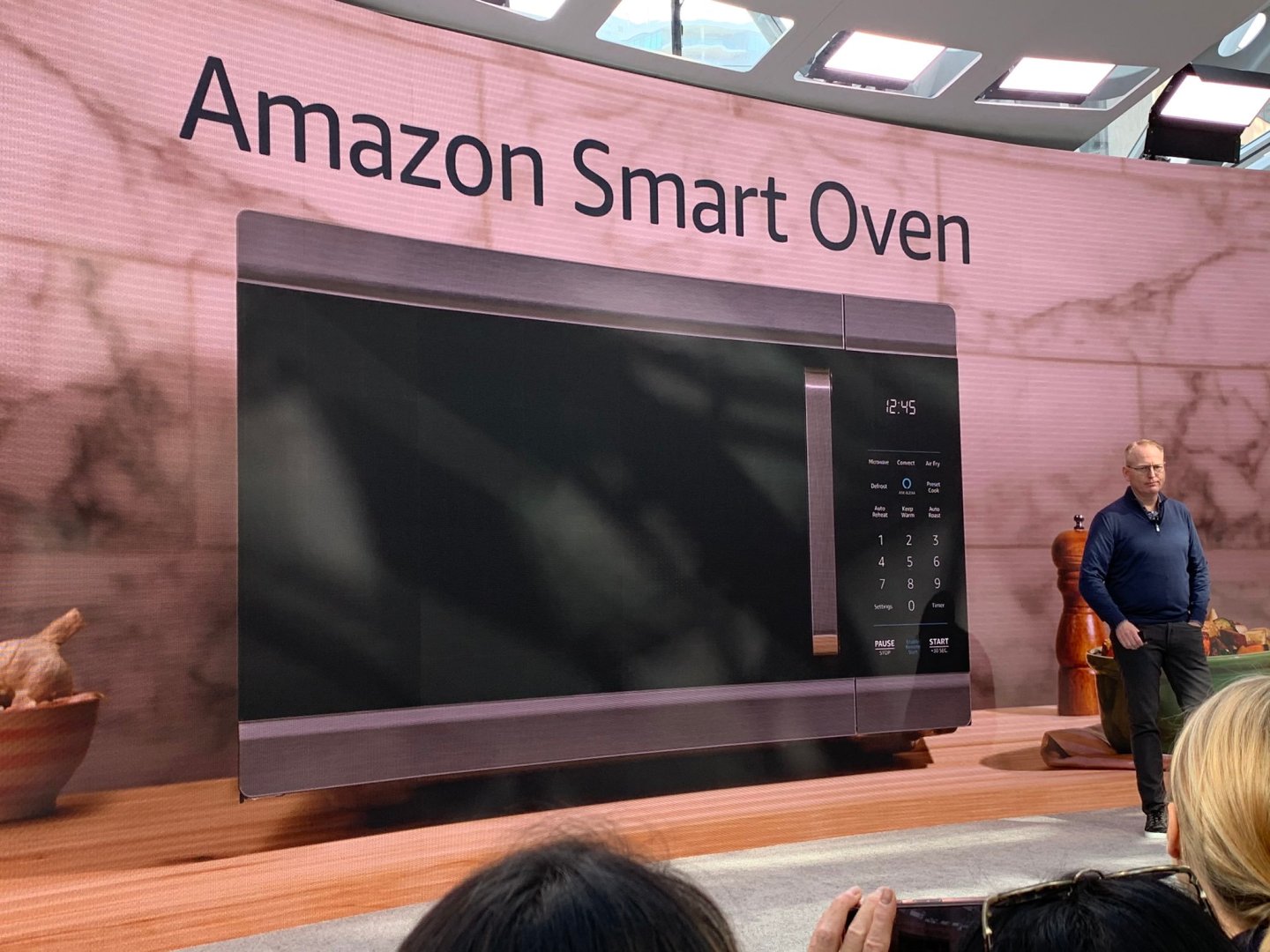 Amazon’s digital voice assistant Alexa is getting smarter and louder, if the company’s event on Wednesday is any indication.

At Amazon headquarters in Seattle, the company unveiled a number of new Alexa-enabled devices, including a high-end speaker called the Echo Studio, the Echo Show 8 combining a screen and a speaker, noise-canceling earbuds, smart eyewear, and a bedroom mood-lighting device called the Echo Glow.

The new crop of products, introduced by senior vice president of Amazon devices Dave Limp, expands the line up into new categories to keep fueling the momentum for the Alexa ecosystem, which has grown rapidly since the company rolled out its first voice assistant in 2014. Amazon says there are over 85,000 Alexa-enabled devices on the market. And Alexa itself is capable of performing over 100,000 “skills,” or tasks, now, according to the company.

“Customers ask Alexa over 1 billion times a year,” Limp said on stage at the company’s event on Wednesday.

The Echo Studio, which is available for preorder on Wednesday for $199, promises significantly louder and better quality audio than existing Echo speakers and can create a 3-D surround sound effect. According to the Limp, the svelte wireless speaker houses three tweeters and a large subwoofer and uses Dolby Atmos to pipe out sound that’s more immersive.

Amazon also introduced the Echo Show 8. Much like the Show 5 introduced last year but with a bigger screen, the new device combines a smart speaker with an eight-inch display. While Amazon didn’t do a deep dive into the Echo Show 8’s features, the company plans to sell the device for $129, with preorders starting on Wednesday.

Breaking into the category of smart wearables for the first time with Alexa, Amazon also introduced the Echo Buds. Somewhat like Apple’s AirPods, the Buds are two small, wireless speakers that fit inside a user’s ears to play music (and they connect to Alexa, not Siri). But unlike the AirPods, Amazon’s earbuds also include active noice cancellation technology courtesy of Bose. The Echo Buds will cost $129.

And in keeping with Amazon’s push into the kitchen, the company announced the Amazon Smart Oven: a $249 oven that includes a free Echo Dot and serves as a food warmer, air fryer, and convection oven. That’s a significantly better deal than competitors like the $699 June Oven, which offers comparable features.

In the glasses category, the new Echo Frames are specially designed eyewear that has Alexa built-in and discretely hidden microphones that can be turned off by the user.

Privacy was the central theme at Amazon’s event on Wednesday. “Privacy is absolutely foundational around everything we do in software, hardware and service we serve on has privacy built in from the beginning,” Limp said.

No doubt the move was a nod to ongoing privacy concerns regarding tech—a hot-button topic ever since the Cambridge Analytica scandal erupted around Facebook in March 2018.

Amazon itself was criticized for keeping some voice recordings and text transcripts of Alexa user requests for machine-learning purposes. So the Seattle tech giant has since worked to make sure privacy plays an important role in its products. The Echo Show 8, like the Echo Show 5, will include a camera-blocking shutter, and the Echo Frames’ built-in microphones for communicating with Alexa can easily be turned off at will, according to Amazon.