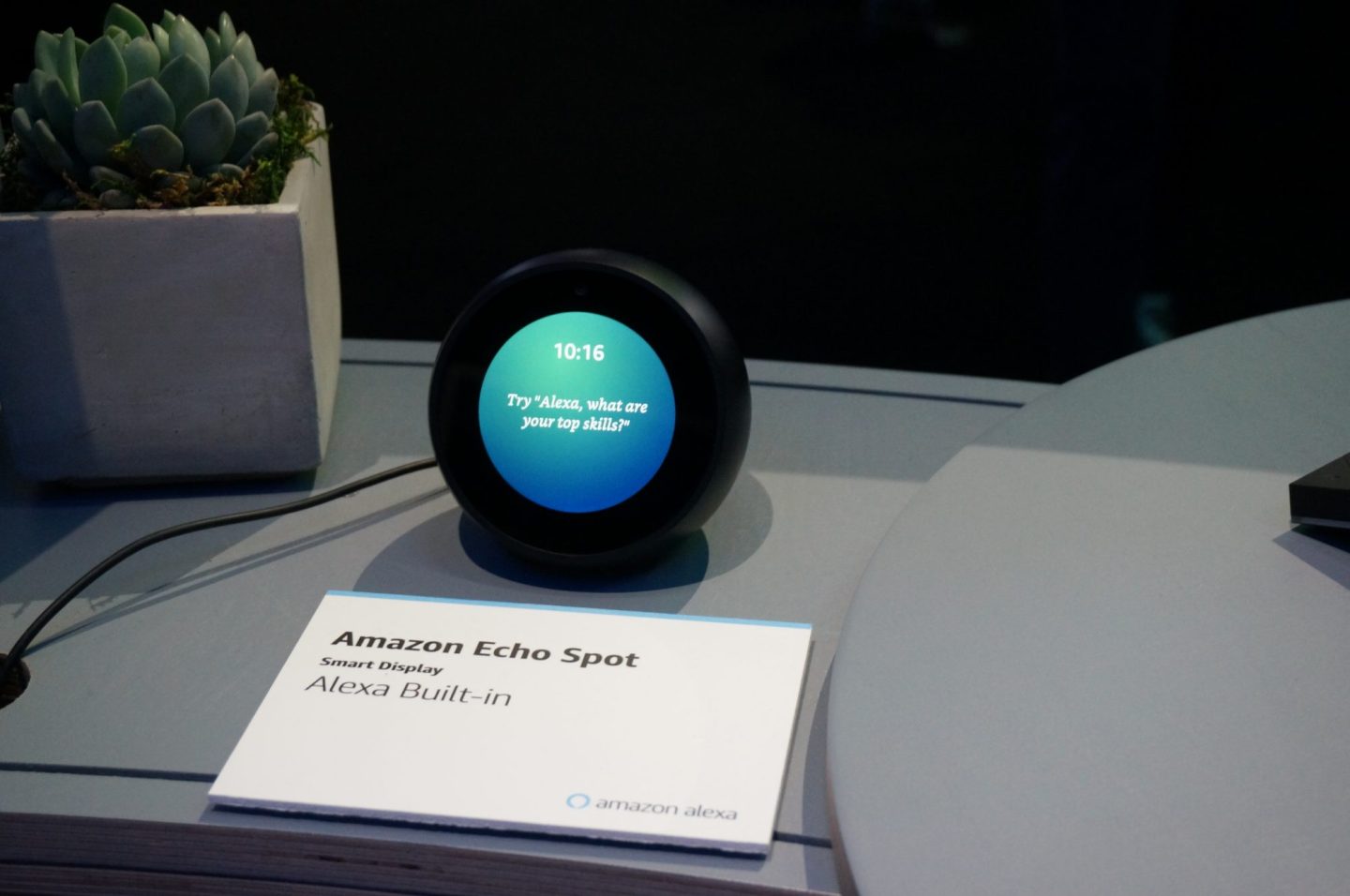 Every September, Amazon unveils a slew of new Alexa-enabled devices, and this Wednesday’s event at the company’s Seattle headquarters should be no different.

What can we expect this go-around? While the newest crop of devices may not be as sweeping as last year’s hardware smorgasbord—the Echo Dot, Echo Clock, Echo Auto, even the Amazon Basics Microwave microwave oven — expect Amazon to trot out several products that expand the Alexa ecosystem in new and novel ways.

Since Amazon launched Alexa in 2014, Amazon and its partners have sold over 100 million Alexa-enabled devices: wireless speakers, light bulbs, thermostats, even lawnmowers and toilets. (Yes, really.) But one area Amazon hasn’t cracked on its own? Alexa-enabled headphones.

That could change on Wednesday. The Seattle tech giant could announce a pair of Alexa-enabled earbuds that go beyond simply telling jokes, giving weather forecasts, and playing music. The earbuds could also include sensors to track health and fitness stats, like a user’s running distance, running pace, and number of calories burned, according to CNBC. If so, that would go well beyond the capabilities of Alexa-enabled headphones on the market today from outside companies, like Bose’s QuietComfort 35 II or Jabra’s Elite Active 65t, neither of which track health information on their own. The product could be similar to fitness-tracking earbuds from companies including Jabra and Bose.

“Expect a quality affordable set of wireless earbuds that can bring Alexa directly into consumers’ daily interactions on their smartphones, rather than just via smart speakers,” says Forrester analyst Frank Gillett. “This is crucial to expanding Alexa’s reach in Europe where Google Assistant has been able to land first or follow faster, due to Google’s global experience with search translation and localization.”

Amazon, for its part, continues to invest in new markets for the Echo. The company recently announced that Alexa can now speak and understand Hindi, India’s most popular language. Amazon has also worked aggressively to increase Alexa’s capabilities, expanding from 50,000 “skills,” or tasks, in Sept. 2018 to 90,000, as of June 2019. Its newest skill: Helping Alexa users donate to their U.S. presidential candidate of choice.

When Amazon last week announced Amazon Music HD, a streaming service offering 50 million higher-than-typical quality music tracks, people wondered whether a better-sounding Echo speaker would soon follow. While the current crop of Echo devices are good enough for most people’s everyday needs, blasting Billie Eilish’s song bad guy on one of Amazon’s speakers falls short of playing the same track piped through speakers from Bose, Bang & Olufsen, and Bowers & Wilkins of similar size. So far, audiophiles have had to look beyond Amazon to meet their high fidelity needs, or opt for one from an Alexa partner like Sonos.

But Gillett predicts a higher-end Echo speaker will likely be one of the major announcements at Amazon’s event on Wednesday. “Amazon is overdue to create a music-grade version of the Echo that can compete with the Sonos ONE for high quality music listening solo or in stereo pairs,” adds Gillett.

When Amazon announced the Echo Show 5 last May, it introduced new privacy and smart home controls built into the Alexa ecosystem. The Echo Show 5, for example, comes equipped with a camera-blocking shutter—a first for any of Amazon’s Alexa devices with a display—that owners can slide into place to physically cover the camera. Amazon also introduced new, simplified ways to delete voice recordings and a new privacy hub web page that explains how Echo devices use and store voice recordings.

The privacy-focused Echo Show 5 arrived at a time when people were increasingly concerned about their privacy on the Internet and on their devices, just months after it was first revealed that 87 million Facebook users had their personal data harvested by voting profiling firm Cambridge Analytica without their consent. Likewise, Amazon had been criticized for keeping some voice recordings and text transcripts of Alexa user requests for machine-learning purposes.

“Simple things like mechanical shutters to match indicator lights is a good start for giving confidence about when people are being recorded,” Gillett says. “But once you’ve opted in to voice interfaces, we’re in in a very messy, long phase of working out the boundaries, trust, controls, and verification.”

Expect Amazon to spend some time on Wednesday to highlight how its new, products prioritize privacy so Alexa users can rest easy.