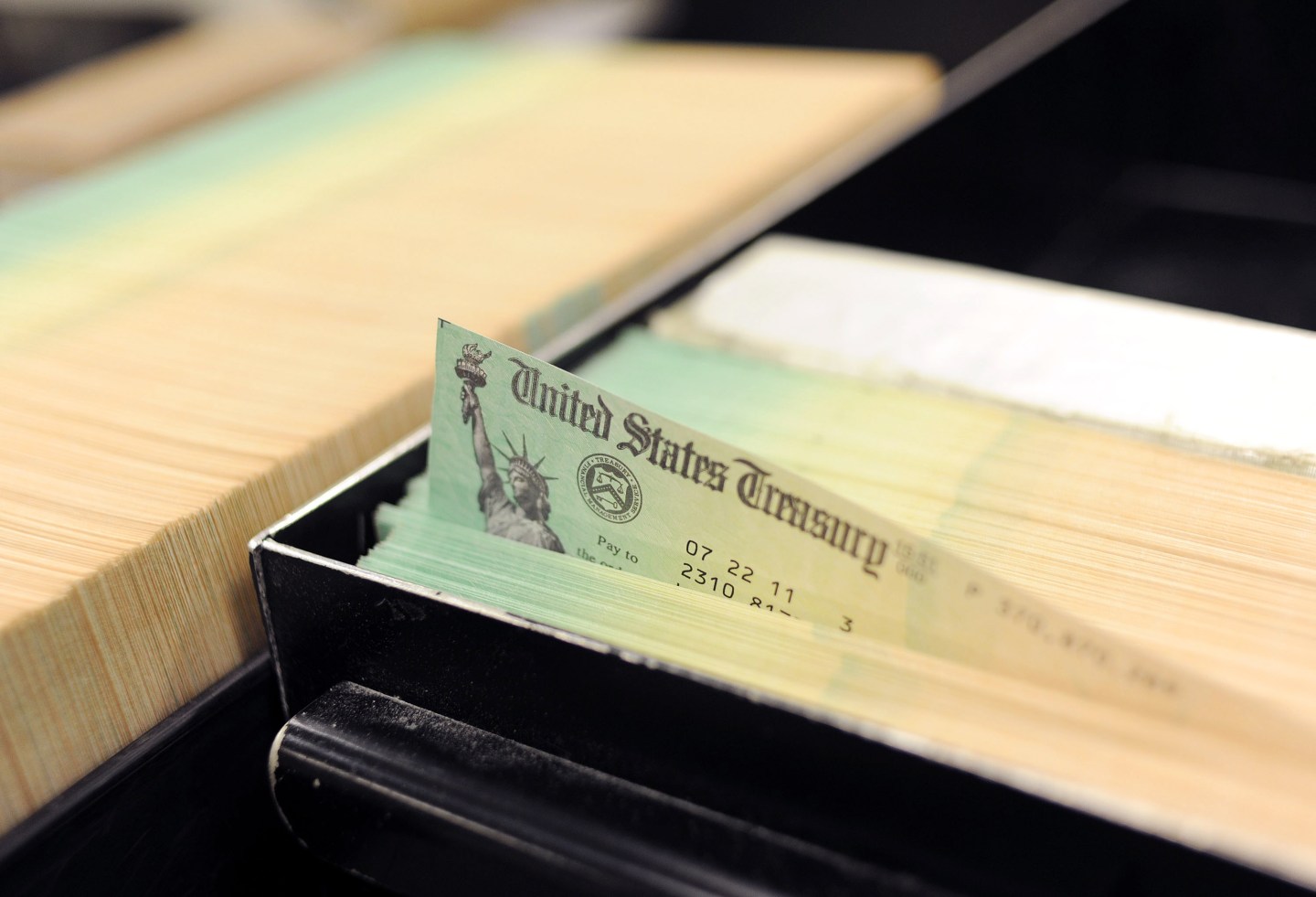 PHILADELPHIA, PA - JULY 18: In this photo illustration U.S. Treasury checks are piled at the U.S. Treasury printing facility July 18, 2011 in Philadelphia, Pennsylvania. President Obama recently stated that he can't guarantee retirees will receive their Social Security checks in August if the House and Senate can not reach an agreement on reducing the deficit. (Photo Illustration by William Thomas Cain/Getty Images)
Photo Illustration by William Thomas Cain—Getty Images

Social Security checks, on average, will be higher in 2020 than they were in 2019. But the amount of that increase will be nearly half of the one retirees saw this year.

The Senior Citizen’s League has issued a new estimate for cost of living increases for next year, saying beneficiaries will get a 1.6% boost in 2020, compared to the 2.8% bump they saw this year.

In real world dollars and cents, that would increase the average retiree benefit of $1,460 by roughly $23.40 per month. In January of this year, those recipients saw a $40.90 increase to their Social Security benefits.

The official cost of living adjustment will be announced in under a month. However, says the League, the average increases over the past decade are less than half what they were between 2000 and 2009.

“After the deduction for Part B premiums, that would leave the retirees with average benefits, roughly $15 per month more to cover all other rising costs which typically include higher Medicare supplemental and prescription drug insurance premiums and out-of-pocket costs,” the league said in a statement.

—Trump wants negative rates now–and it could end up costing you
—WeWork and Saudi Aramco pose big tests for JPMorgan’s resurgent underwriting business
—Why the next recession may feel very different than 2008
—Will Apple’s new streaming service mean upside for investors?
—U.S. recession indicators haven’t made up their minds
Don’t miss the daily Term Sheet, Fortune’s newsletter on deals and dealmakers.