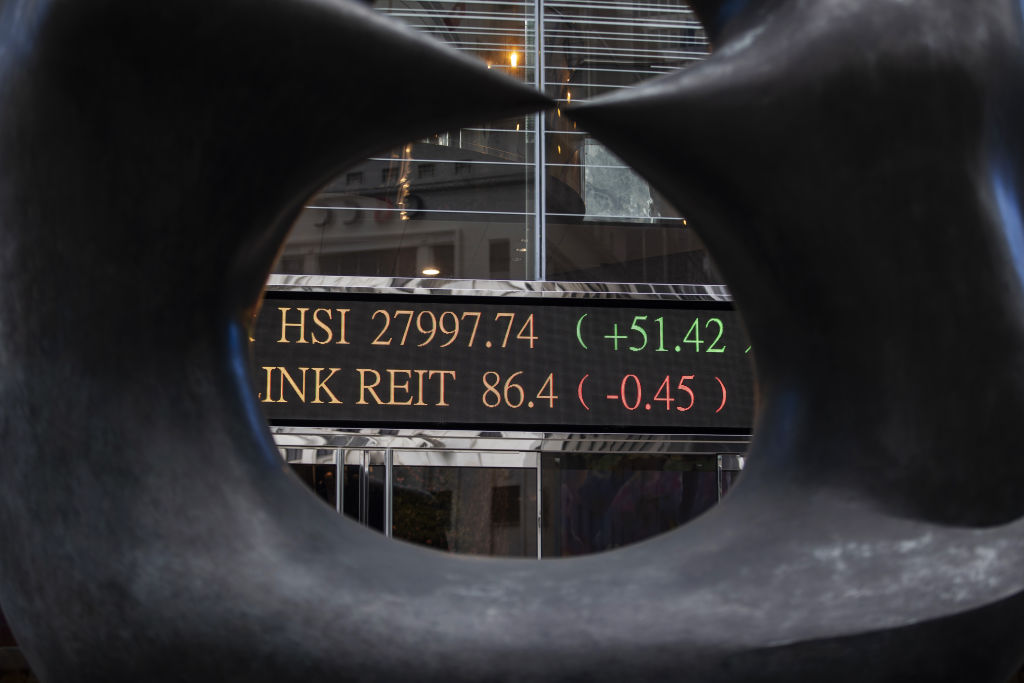 An electronic ticker board displaying stock figures is seen through an art installation outside the Exchange Square complex, which houses the Hong Kong Stock Exchange, in Hong Kong, China, on Monday, Feb. 11, 2019. The bullish mood building in Chinas equity market is entering a new phase, with investors flocking to riskier stocks as trading reopened Monday. Photographer: Justin Chin/Bloomberg via Getty Images
Justin Chin—Bloomberg via Getty Images

With protests in Hong Kong reportedly scaring companies away from listing on the city’s only bourse, the Hong Kong Stock Exchange, and Brexit fears dampening the outlook of the financial market in London, the timing for a tie-up between the stock exchanges of the two cities seems inauspicious. Yet on Wednesday, Hong Kong Exchanges and Clearing Limited (HKEX), the operator of Hong Kong’s bourse, announced a surprise offer to purchase the London Stock Exchange Group for $36.6 billion—a 23% premium on the group’s closing price on September 10.

“You don’t choose timing, you choose what is the right thing to do,” HKEX Chief Executive Charles Li said during a phone call with media in Hong Kong on Wednesday, hours after HKEX announced its bid for the London exchange.

However, the challenges in Hong Kong have hit the exchange hard. Last year, Hong Kong was the world’s leading destination for IPOs, with 125 companies raising a collective $36.5 billion. According to Dealogic, new deals so far this year have only raised $9.5 billion, approximately 40% of the value raised in the same period the year before.

In a statement on HKEX’s website, the group said that the proposed acquisition would allow the Hong Kong exchange to benefit from deploying LSEG’s trading technology, as well as receiving a “revenue uplift in key businesses from cross-selling.”

“The deal allows international investors to get much better capital efficiency and ensure the smooth and efficient operations across borders, significantly enhancing capital flows between the East and the West,” James Fok, a member of HKEX’s management committee said during the phone call.

HKEX evidently chose the timing of its offer with purpose too, making its move just weeks after LSEG announced its plan to purchase financial market data provider Refinitiv for $27 billion. Fok confirmed that HKEX’s offer is predicated on LSEG cancelling its acquisition of Refinitiv, which would have allowed the LSEG to transform into a financial data provider large enough to rival Bloomberg.

In an online statement, LSEG confirmed it has received an “unsolicited, preliminary and highly conditional offer” from HKEX and that it will consider the proposal and make a further announcement at a later date.

“LSEG remains committed to and continues to make good progress on its proposed acquisition of Refinitiv Holdings Ltd as announced on 1 August 2019,” the statement says, adding that shareholders will likely be asked to approve the transaction in November.

Despite representing a major roadblock to LSEG’s acquisition of Refinitiv, Li says HKEX’s acquisition offer is not “hostile” but rather an attempt to “openly express our admiration [for LSEG] so that all the [shareholders] are able to hear that we have brought a compelling proposition.” According to the Wall Street Journal, HKEX first approached LSEG shortly after the latter announced its pending Refinitiv deal. Going public appears to be an attempt to rally support from LSEG shareholders.

Asked whether HKEX was concerned the deal could be blocked by U.K. regulators over security fears regarding selling the nation’s sole stock market to a foreign entity, Li pointed to HKEX’s seven-year ownership of the London Metal Exchange as proof that the deal could go through. “At that time there was a lot of criticism of it being a Chinese take over,” Li says, “But over the last seven years of ownership we have invested a lot in the U.K….and we don’t have Chinese management on the floor at all.”

HKEX chairwoman Laura Cha added that, if the deal were to go through, the London Stock Exchange would continue to be regulated by the U.K. governing body.