It’s Not Just Hurricanes. California Wildfire Season Is Underway, Too 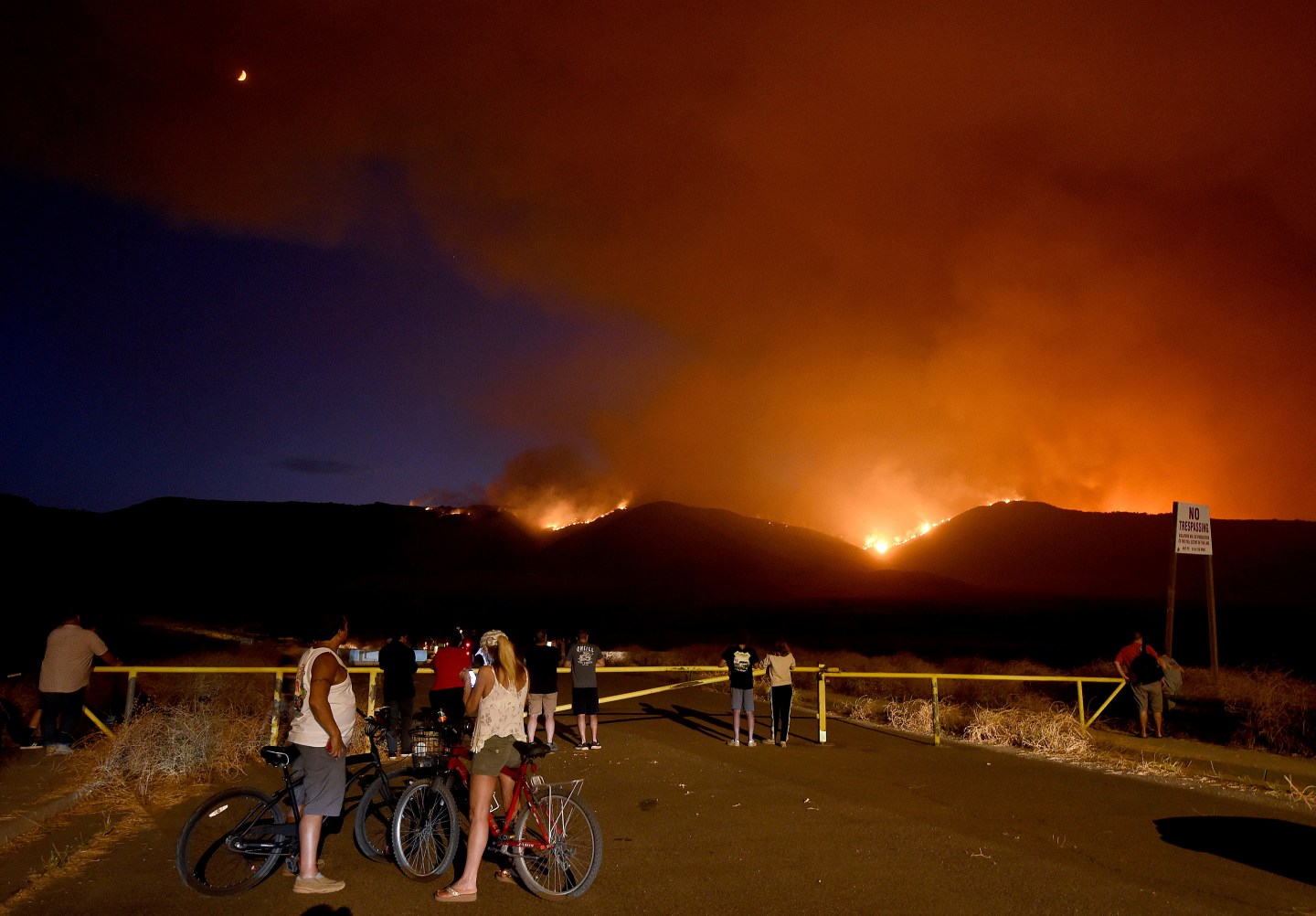 While Hurricane Dorian has captured much of the nation’s natural disaster attentions this week, parts of California are on fire.

The Tenaja wildfire is burning dangerously close to homes in Southern California, destroying 2,000 acres so far. And it’s only 20% contained at present, according to Cal Fire. Officials have ordered an evacuation order for parts of the city of Murrieta, a city about 70 miles southeast of Los Angeles that is filled with multimillion dollar mansions.

Some 270 firefighters are currently battling the blaze, using (among other things) three helicopters and 44 fire engines.

Meanwhile, in Northern California, the Red Bank fire now covers 6,500 acres in Tehema County. Evacuations have been ordered in the area, but it’s largely consuming land used for cattle grazing. The fire, which was sparked by lightning, is in a remote location that’s hard to access. Officials are hopeful expected cooler weather will help stifle the fire.

Like the 2019 hurricane season, the 2019 wildfire season has been relatively sedate until recently. That’s unlike 2018, when the Camp, Woolsey and Hill fires destroyed more than 7,000 structures. Wildfire season peaked last November, though, so the arrival of Tenaja and quick spread of Red Bank are warnings to residents to not become complacent.

—Change the World 2019: See which companies made the list
—Corporate America’s most fascinating standoff: The accountant who exposed Madoff vs. GE
—America’s CEOs seek a new purpose for the corporation
—How the world’s biggest companies stay ahead
—What the world’s biggest motorcycle rally reveals about the state of festival food
Subscribe to Fortune’s The Loop newsletter for the latest on the revolutions in energy, technology, and sustainability.