The Most Fascinating Standoff in Corporate America: The Accountant Who Exposed Madoff vs. GE 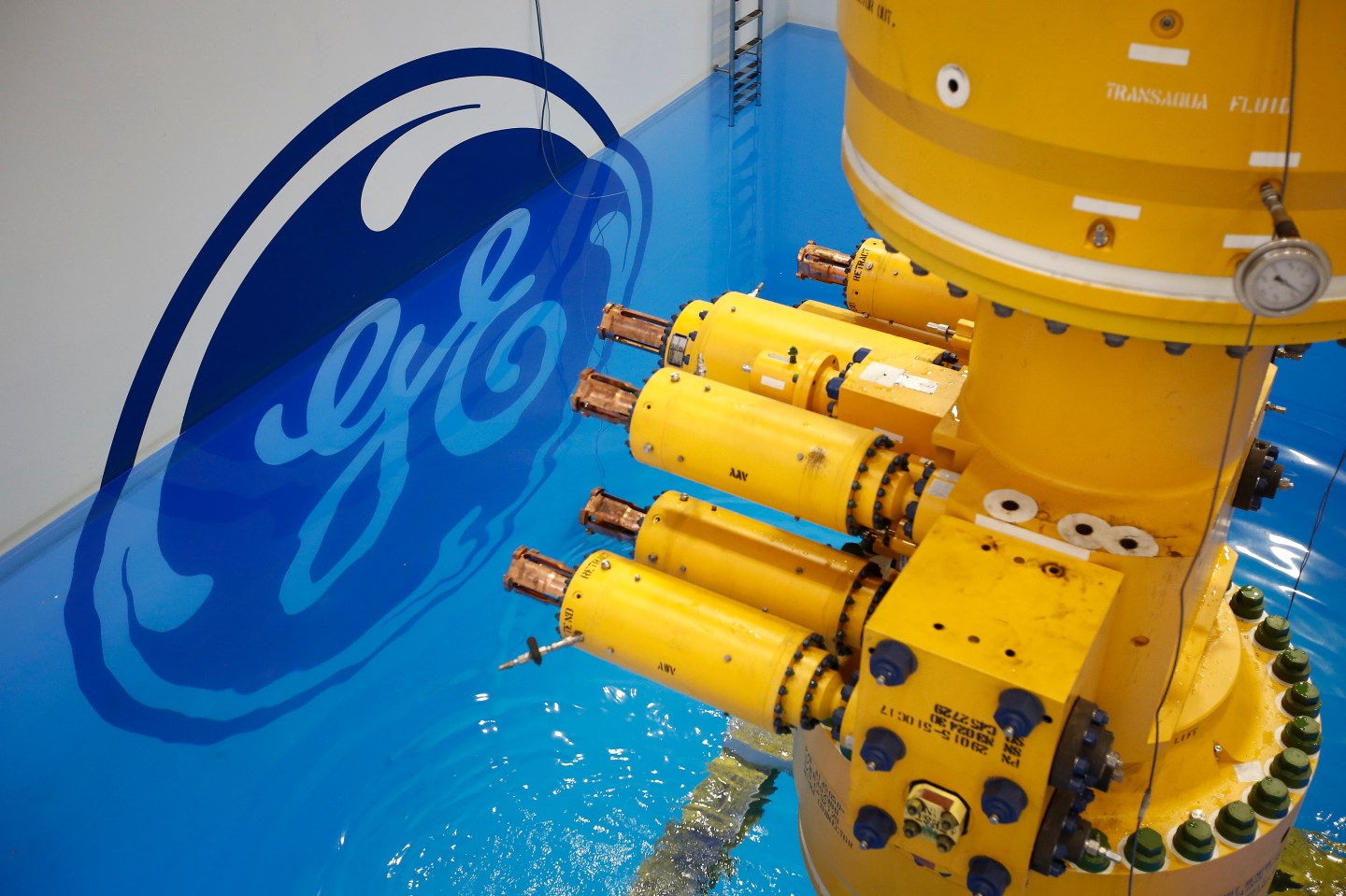 Who’s right, the sleuth who exposed Bernie Madoff’s gigantic Ponzi scheme, or GE’s prestigious board and highly-regarded CEO, a team lauded on Wall Street for making great progress in rescuing and reforming the battered conglomerate?

In his flame-throwing report released on August 16, titled “General Electric, A Bigger Fraud Than Enron,” Harry Markopolos––the forensic accountant who nailed Madoff––accuses GE of engaging in $38 billion in accounting fraud. He’s charging that the one-time industrial and financial colossus willfully failed to take adequate reserves to cover gigantic current and future losses in its long-term care insurance business, and violated U.S. accounting rules by failing to book a big write down on its Baker Hughes GE energy unit. For Markopolos, GE is a dead enterprise walking. He cites that legendary frauds Enron and WorldCom collapsed just four months after their misdeeds were exposed, and says that GE could implode just as fast. “GE is a bankruptcy waiting to happen,” he declared on CNBC.

Markopolos isn’t just targeting the previous regime of former CEO Jeffery Immelt. He’s alleging that GE’s current C-suite doesn’t understand its opaque financial statements–and worse. In an interview on Yahoo Finance, he stated that “GE’s financial statements are almost unreadable,” and that “I doubt” that CEO Larry Culp can read them. Asked if the CEO and CFO are engaged in a cover-up, he responded, “I believe so.” Why didn’t Markopolos allow GE to review his findings before going public? “Who wants to talk to the fraudsters so that they can engage in a cover-up?” Markopolos told the Yahoo Finance interviewers.

Markopolos’ assault on today’s leadership is extraordinary, because GE has recently named a highly-respected CEO, and a mostly new, extremely prestigous board. The directors, who include America’s former chief accountant, boast strong expertise in just the areas where the report finds fraud and abuse. The trading in GE stock indicates that while the report has raised new worries among investors, Wall Street isn’t close to buying the Markopolos disaster scenario. After dropping 11.3% the day of the release, shares rebounded strongly on Friday, shaving the decline to a modest 2.7%. Culp’s purchase of $2.2 million in GE’s shares immediately following the report’s release clearly provided comfort for investors.

The duel is one of the most fascinating, and significant events, in corporate America. The investigator alleges that what appears to be a highly qualified team doesn’t comprehend its own accounting, and fails to recognize that it’s virtually insolvent––and may even be cooking the books––while GE claims that its attacker has the numbers all wrong, and is motivated by financial gain reaped from sinking its stock. The question is a crucial one that could apply to other troubled companies. Is it really possible that a crack new CEO and board, armed with all the right credentials, can fail to understand a complex, opaque business to the point where what they think is a resurgent enterprise is really on the brink of failure?

According to my conversations with GE insiders, they believe Markopolos––who acknowledges working with an undisclosed hedge fund that’s giving him a share of their gains from shorting GE stock––plotted to use false but headline-grabbing charges drive down the shares and make a killing for himself. The moment was propitious: GE just announced that its CFO is leaving, raising questions among money managers of bad news to come. The insiders maintain that Markopolos capitalized on the hard-to-fathom nature of long-term care insurance accounting, a fiendishly complicated area built on complicated mortality assumptions and discount rates that make anyone’s head hurt to analyze. They suspect that the secretive fund cleaned up by dumping its shorts during the brief panic, making an easy buck themselves and for Markopolos.

The GE leadership would seem about as hard to con as any team in corporate America. Culp, named CEO on October 1, had scored a spectacular success at the helm of another industrial conglomerate, Danaher, multiplying its share price over five-fold from 2001 to 2014. In many rescue situations, a superstar CEO parachutes in at short notice without having the opportunity to carefully assess the company’s problems from the inside, and then gets overwhelmed by serial surprises. But Culp took the job after serving as a director for six months, so he was able to examine all of its operations at close range, so he clearly believed that GE’s worst problems were behind it.

GE’s future also looked promising enough to attract a mostly new board deep in operating and financial talent. In early 2017, GE had 16 directors; thirteen have departed, and among the slimmed-down group of ten are six former or current CEOs, including Culp, Accor chief Sebastien Bazin, and the ex-CEOs of American Airlines and Cognizant, Tom Horton and Francisco D’Souza. The two others have extensive experience in insurance. James Tisch runs Loewes, owner of commercial carrier CNA, and Paula Rosput Reynolds, former head of Safeco. Horton and another director, Catherine Lesjak, also held big time CFO positions: Horton at both American and AT&T, and Lesjak at Hewlett Packard. Ed Garden, a principal with at Trian, a major GE investor, is renowned as a hands-on director at the fund’s portfolio companies. It was Trian that threatened a proxy battle hastening the transformation of the board.

The audit committee head is Leslie Seidman, former chief of the Financial Accounting Standards Board, the organization that establishes U.S. reporting standards. Seidman blends a pleasant manner with an approach to unearthing pitfalls so tough that as one person told me, “she eats nails for breakfast.” The board chose Seidman to deliver a big punch, and she hit back hard. “The report is full of opinions,” she said on CNBC. “It’s full of inflammatory and inaccurate statements. I’m not sure the author really understands accounting in this area. Is it because of incompetence or some other motivation?” She took the allegations of fraud as a personal affront: “I have full access to the people and books and records and I stand behind the financial reporting of this company. There is no basis for an allegation of fraud.”

For Seidman, the game is spreading tall tales of malfeasance to grab a quick windfall. “This report today set a very dangerous precedent,” she concluded. “where somebody can just say things, and benefit monetarily from the decline in the stock. That is wrong.”

Nevertheless, Markopolos must be taken seriously because of his previous record exposing accounting fraud. His team took seven-and-a-half months to produce the 168 page report, and it is extremely detailed and specific. Here are four areas that could raise big concerns for investors unless GE addresses them.

The report charges that GE needs to immediately pump $18.5 billion in new cash into its long-term care reserves to make payments to nursing homes and the like that serve its policy holders. That’s because, the report claims, it has failed to put aside nearly enough in reserves to fund new claims, which massively exceed premiums. In addition, GE will be forced to take a $10.5 billion, non-cash writedown mandated by a change in accounting standards by the first quarter of 2021. That charge in effect acknowledges that its future obligations are a lot bigger than the numbers on its balance sheet. Besides that $29 billion shortfall on the long-term care side, Markopolos maintains that GE is overstating its investment in its majority owned oil and gas unit Baker Hughes by $9.1 billion. That brings the total in what he calls “accounting fraud” to $38 billion.

That’s a brobdingnagian figure, equivalent to 40% of GE’s pre-release market cap. And Markopolos insists it’s just “the tip of the iceberg.”

In the mid-2000s, GE arranged to “re-insure” 280,000 long-term care recipients for eight carriers that had sold the original coverage, taking on the full risk for those policies. The sector encompasses services such as residence in nursing homes and assisted living facilities, and home care. It’s one of the most unpredictable parts of the insurance business, and it’s proven a big loser for many carriers. Because folks are living far longer than the actuaries estimated decades ago when they signed up, and because medical costs haves soared, the premiums collected and invested frequently don’t come close to covering those end-of-life services.

According to Markopolos, GE performed much worse than its competitors for two reasons. First, it didn’t put nearly enough money aside to remotely fund future claims, instead spending the premiums on share buybacks and dividends, and second, its policies were much riskier, and costlier, than those of a Prudential or Unum. In 2013, GE’s biggest insurance unit collected $192 million in premiums and paid out $160 million in claims, for a surplus of $32 million. But premiums are declining while claims soar, so that last year GE took in $113 million in premiums, and paid out $594 million, for a deficit of $482 million. Its “loss ratio” of claims to premiums is thus 5.2 to 1, meaning it spends $5 for every dollar it collects. By contrast, at both Pru and Unum, premiums exceed expenses.

Markopolos asserts that GE has paid only around 13% of the total claims it will be obligated to cover in the future. The claims, he says, are rising “exponentially” so that today’s immediate $28 billion shortfall represents only a fraction of what GE would need to add to future reserves.

From 2012 to 2018, GE generated $14.9 billion in net income, yet it paid out $106 billion in buybacks and dividends. Over those eight years, GE paid $637 million, a staggering 4.2% of net income, to its five highest-ranking executives. Markopolos maintains that it simply treated premiums as “income” available for compensating shareholders or paying the top brass when much of that money was needed for reserves.

Why Markopolos says GE is headed for bankruptcy

Markopolos claims that if and when GE takes the $28 billion in hidden losses, its shareholders equity will shrink to a minuscule $6.2 billion. Since GE is carrying $106 billion in total debt, its debt-to-equity ratio will jump to 17 to 1. That tiny equity cushion could violate GE’s loan agreements with banks and bondholders, enabling them to drive GE into bankruptcy and recoup part of their money by forcing the conglomerate to liquidate by sell assets.

Once again, this is the disaster movie that isn’t scaring investors much––at least so far. GE’s best defense is a highly transparent, get-all-the-facts out rebuttal. Its star-studded board swears it has the facts on its side. This overly-secretive company in some ways invited the attack by revealing so little about an arcane business where analysts need lots of data to assess.

The duel has begun—and now it’s up to investors to decide who they’re backing.