The Cluelessness of the Pay Gap Delaying the Crazy Rich Asians Sequel: The Broadsheet 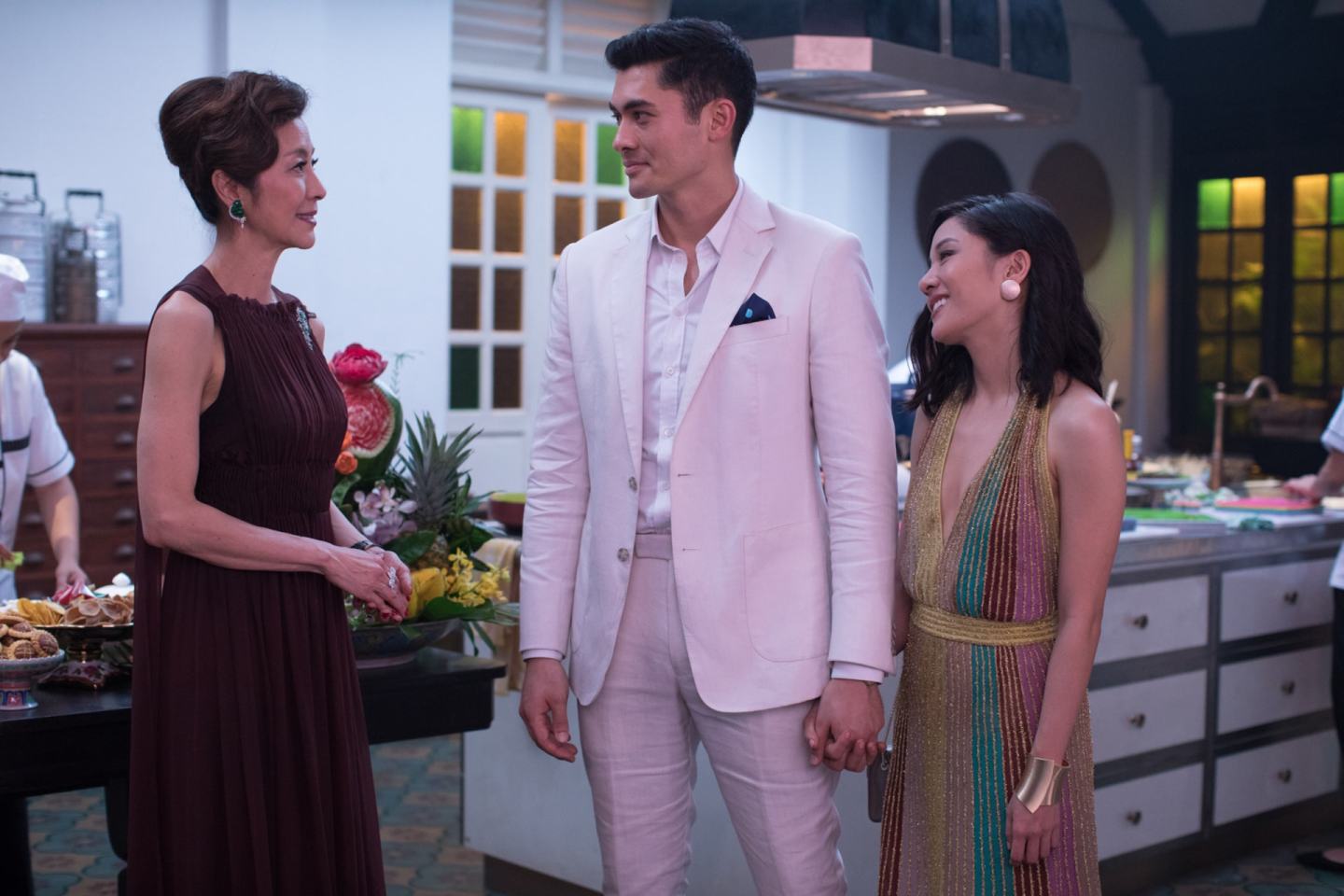 Good morning, Broadsheet readers! The women running for president talk climate change, Emily Doe is writing a memoir–under her own name, and Crazy Rich Asians has a pay gap problem. Have a nice Thursday.

- Crazy Bad Idea. We’ve heard a lot about equal pay in Hollywood, but most of those stories have centered around actresses fighting to make as much as their male colleagues. (See: Michelle Williams, Natalie Portman, Claire Foy, Ellen Pompeo, etc., etc.) So, this Hollywood Reporter scoop about Adele Lim, co-writer of 2018 blockbuster Crazy Rich Asians, provides a different perspective—how the pay gap functions for the women who work behind the scenes in the entertainment industry.

The movie was, of course, a massive global success, grossing more than $238.5 million. But when it came time to lock Lim and co-writer Peter Chiarelli down for the much-anticipated sequel, Lim was very unhappy with Warner Bros' proposal—and who can blame her: The starting offers were $800,000 to $1 million for Chiarelli and $110,000-plus for Lim.

THR notes that Chiarelli, a white man, is an experienced feature writer, while Lim's background was primarily in TV—she'd never written a feature until CRA. Warner reportedly told Lim's agent that the quotes were "industry-standard established ranges based on experience and that making an exception would set a troubling precedent in the business."

Now, without disputing that pair have different experience levels (and acknowledging that Hollywood writers function within the bounds of a union) it's difficult to see how a studio could justify paying one co-writer nearly ten times more than than the other—particularly given Lim's proven success on the first movie. It also seems to miss the very thing that helped make Crazy Rich Asians a phenomenon: The power of representation—namely, the hiring people of Asian descent to make a movie about people of Asian descent.

"Being evaluated that way can't help but make you feel that is how they view my contributions," Lim tells The Hollywood Reporter, adding that she thinks women and people of color often are regarded as "soy sauce." In other words, they're seen as being valuable for adding cultural veracity—not for storytelling ability.

Chiarelli reportedly tried to make things right by offering to split his fee, but Lim makes it crystal clear to Warner and Hollywood at large that that misses the point:

"Pete has been nothing but incredibly gracious, but what I make shouldn't be dependent on the generosity of the white-guy writer," she tell THR. "If I couldn't get pay equity after CRA, I can't imagine what it would be like for anyone else, given that the standard for how much you're worth is having established quotes from previous movies, which women of color would never have been [hired for]. There's no realistic way to achieve true equity that way."

- Know her name. During the Brock Turner sexual assault trial, Emily Doe became known for her story—and for her resilience. Now the woman who was assaulted by Turner and whose powerful statement went viral is ready to come forward under her own name: Chanel Miller. Miller is the author of a forthcoming memoir called Know My Name. She will detail the assault, the trial, and its aftermath; the cover art for her book is especially striking, inspired by "the Japanese art of kintsugi or golden repair, in which broken pottery pieces are mended using lacquer and powdered gold." New York Times

- YouTube pays up. Google will pay a record $170 million fine levied by the FTC over the handling of children's data and privacy on YouTube, led by CEO Susan Wojcicki. YouTube will now consider anyone watching children's content to be a child and will limit data collection from those users. Fortune

- Wedding weekend. Alphabet's chief legal officer David Drummond—accused of an inappropriate relationship with former Google employee Jennifer Blakely, the upsetting details of which she outlined in a recent Medium post—married a different Google employee, Corinne Dixon, this weekend. Dixon also works in legal, but at Google rather than Alphabet, so does not report up to Drummond. CNBC

MOVERS AND SHAKERS: WeWork added Frances Frei to its board of directors after filing its IPO prospectus with zero women on its board; Frei, a Harvard Business School professor, was also brought into Uber in 2017 to help the company navigate its crisis around its treatment of women. Estée Lauder Companies named Thomson Reuters' Deirdre Stanley EVP and general counsel. Karin Timpone will step down as global marketing officer of Marriott. Alpha Advisory Partners CEO Sheila Hooda joins the board of ProSight Global. Publicis Sapient hired AppNexus's Wendy Johansson as global VP, experience transformation lead. Environmental engineering and construction firm Brown and Caldwell hired Martha Bixby as VP of health and safety. Archana Agrawal, Atlassian's head Enterprise and Cloud Marketing, has joined the board of MongoDB.

- A Uniq(lo) skill set. Uniqlo founder Tadashi Yanai says he wants a woman to succeed him as CEO—and he has an interesting rationale.“The job is more suitable for a woman. They are persevering, detailed oriented and have an aesthetic sense,” he said. Maki Akaida, who runs operations for Uniqlo in Japan, is one candidate. Bloomberg

- Lam withdraws the bill. Hong Kong Chief Executive Carrie Lam finally fully withdrew the extradition bill that sparked three months of protests. Withdrawing the bill was one of five demands from protesters; Lam hasn't addressed the other four. "After more than two months of social unrest, it is obvious to many that this discontentment extends far beyond the bill," she said. CNN

- One in a million. Where does a broader cultural reckoning with R. Kelly leave Aaliyah? Writer Julian Kimble evaluates the artist's legacy; her only album available on Spotify was produced by Kelly, who she was also victimized by, marrying him at 15 before she died in a plane crash at 22. "Those who knew the singer and her family say that her art shouldn’t be overshadowed by her ties to Kelly—and that making her music more accessible today could put a definitive end to that," Kimble reports. Vox

Rose Lavelle is not from around here The Ringer

"I put on that [costume] and my shoulders go back and I feel like, Where’s my theme music?”

-Actor Regina King on playing a superhero on Watchmen