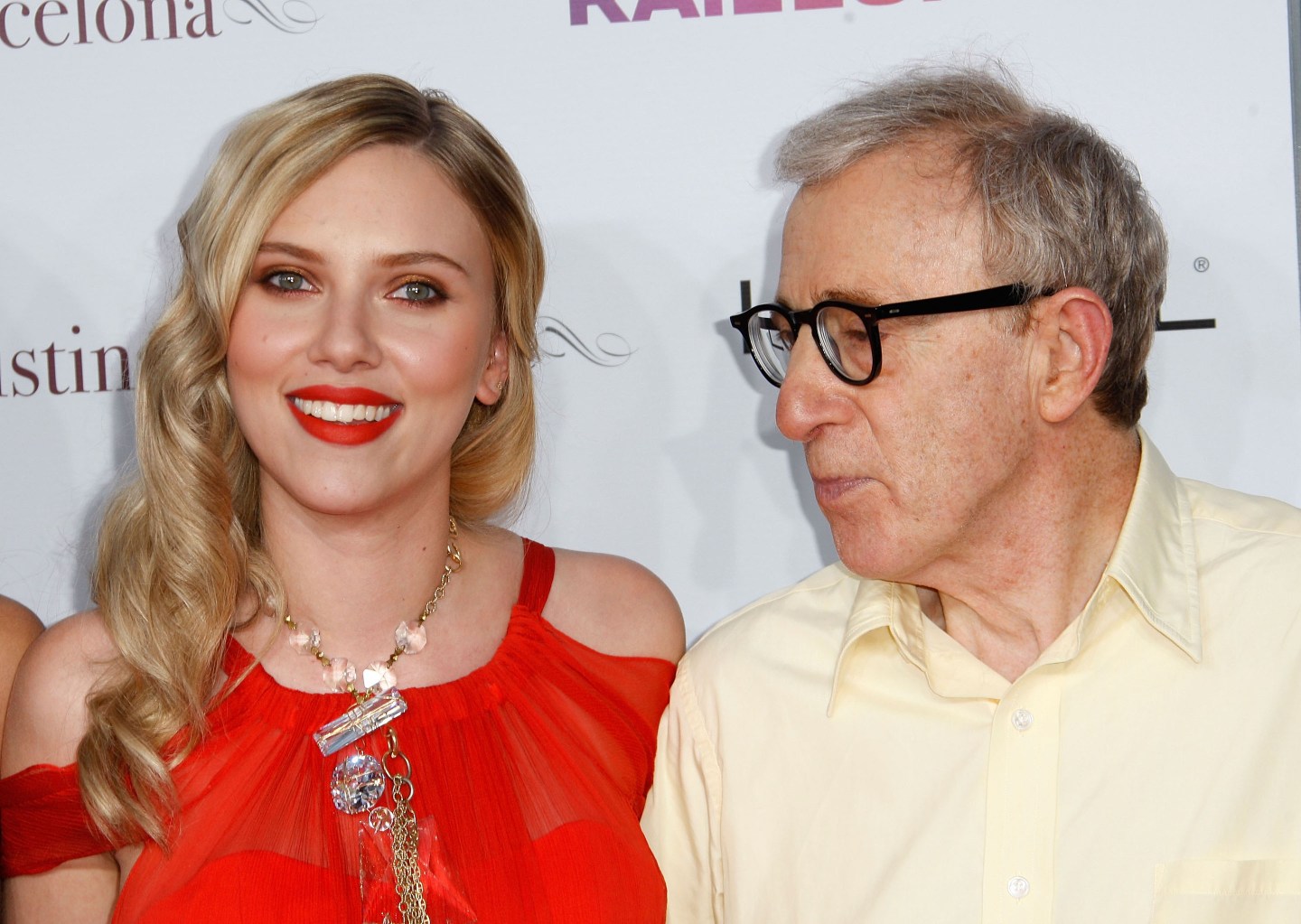 Scarlett Johansson says she’s standing by Woody Allen because, “I believe him.”

Much of Hollywood has distanced itself from the filmmaker since the MeToo movement prompted a re-examination of child sexual abuse allegations from his now-grown daughter, Dylan. Michael Caine, Timothee Chalamet and Greta Gerwig are among the actors who have publicly expressed regret over working with him.

“I love Woody,” Johansson told The Hollywood Reporter in an interview released on Wednesday. “I believe him, and I would work with him anytime.”

Allen helped boost Johansson to the A-list. He directed her in “Match Point,” ”Scoop” and “Vicky Cristina Barcelona.” She said she has spoken to Allen about the accusations and he maintains his innocence. He has never been criminally charged.

Johansson is active in women’s issues and was among early supporters of Time’s Up.

“It’s hard because it’s a time where people are very fired up, and understandably,” she said. “Things needed to be stirred up, and so people have a lot of passion and a lot of strong feelings and are angry, and rightfully so. It’s an intense time.”

Johansson said she has had numerous conversations with Allen about his past.

Allen has yet to find a U.S. distributor for his films since Amazon pulled his deal last year. Allen has filed a $68 million lawsuit against Amazon.

At the Women’s March in Washington last year, Johansson spoke about the importance of Planned Parenthood and women’s health. She criticized James Franco for wearing a Time’s Up pin to the Golden Globes just before the Los Angeles Times reported that five women accused him of sexual misconduct. Franco denies the allegations.

A spokesman for Johansson did not immediately respond Wednesday to an email seeking additional comment.