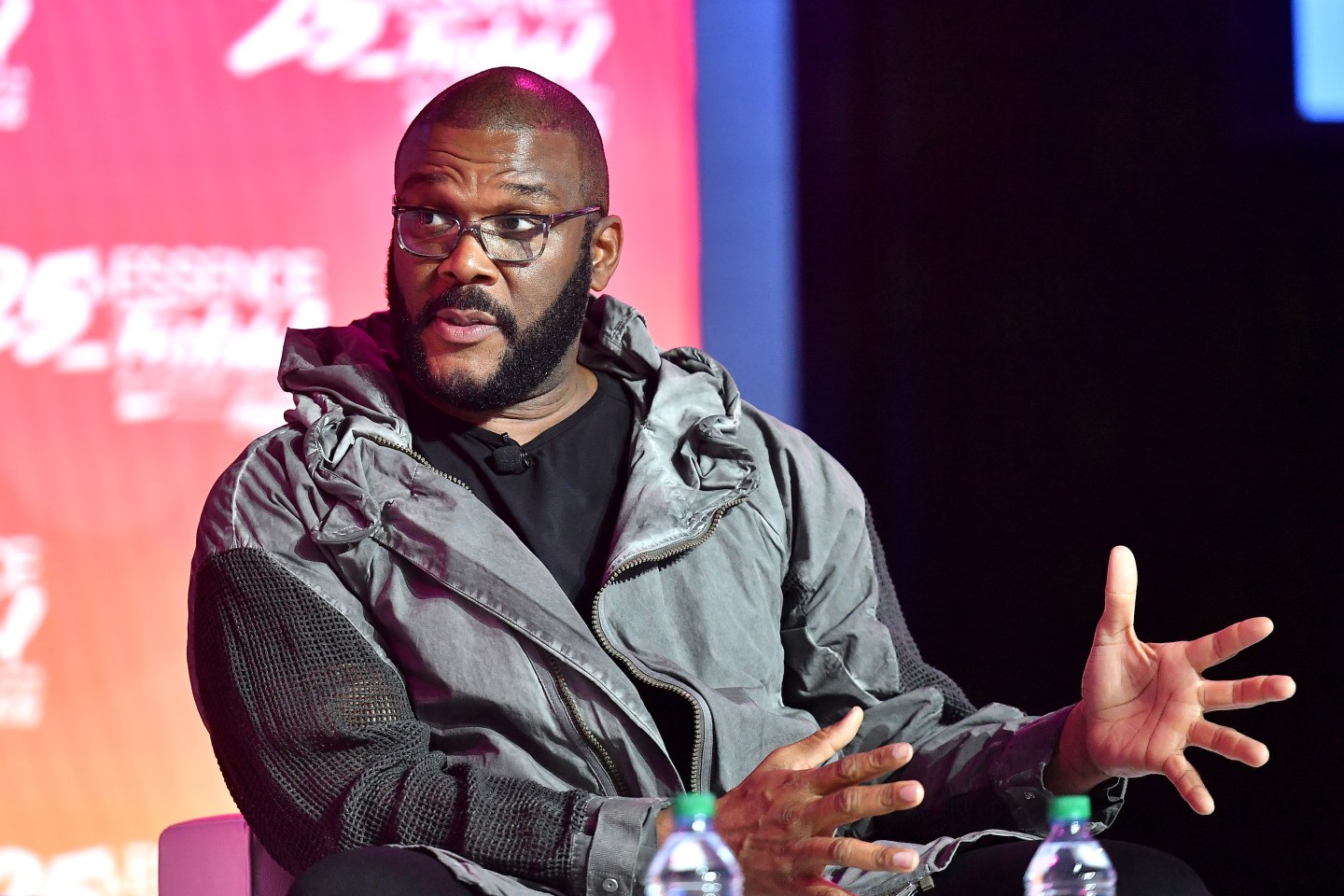 After more than 15 years of working together on the cash-cow Madea franchise, Hollywood name-of-trust Tyler Perry is forming a company with maverick marketing executive Tim Palen.

Peachtree & Vine—so named for an intersection of famous streets, one in Perry’s hometown of Atlanta and the other in Hollywood, where Palen lives and works—will set its sights high, according to The Hollywood Reporter, with the intention of entering the film, TV, and digital content spaces through a mixture of scripted and unscripted projects in the coming years.

The mutltiyear mega-deal Perry signed with Viacom back in 2017 still stands with the announcement of this non-exclusive joint venture, with Peachtree & Vine productions being subject to the terms of that pact. Perry’s exclusive deal has seen him mastermind offerings for the BET channel and forthcoming streaming service BET+, launching this fall under Perry’s watchful eye. Film projects through Peachtree & Vine will also fall under the pact’s first-look deal with Paramount Pictures (which most recently released Perry’s Nobody’s Fool).

With the aid of Palen’s marketing savvy, all the Madea films have launched respectably, with the majority ending up huge money-makers for Lionsgate. Collectively, the franchise has generated more than $2 billion in global ticket sales; Perry, who stars in, produces, and directs the Madea movies, typically makes his films for around the low pricetag of $20 million. The most recent, A Madea Family Funeral, launched earlier this year to $27 million at the U.S. box office and went on to gross over $74 million worldwide, making it one of the more-than-15-year-old franchise’s highest-grossing entries.

For a character to endure so many entries and still resonate with audiences is unusual, to say the least, by Hollywood standards; making the Madea legacy even more impressive is that Perry architected the franchise without drawing upon pre-existing source material (as is the case for nearly every equally long-lived franchise in Hollywood, from James Bond to the Marvel Cinematic Universe).

“Tim and I have had great success in our many years of working together – he truly understands my audience and my brand,” said Perry in a statement. “I value his taste in material and his understanding of the current marketplace of film and television and I’m looking forward to continuing our work together.”

Added Palen: “I have loved working with Tyler Perry and couldn’t be more excited about this new venture. We have a number of smart and inspired projects in the works that we will be announcing shortly.”

In addition to teaming on the Madea franchise, Perry produced drama Precious, with Palen spearheading marketing and ultimately netting the Lee Daniels-directed film six Oscar nominations. Other highlights of Palen’s bold tenure at Lionsgate include the Hunger Games and Saw franchise, signaling a well-rounded marketing perspective that would seem to pair well with Perry’s unique sensibilities, sometimes auteurist but always commercially viable.

Perry is currently in production on two upcoming BET series, Sistas and The Oval. He’s also preparing to expand Tyler Perry Studios this October with a grand location opening in Atlanta, on the over 330-acre property that once housed army base Fort McPherson.

Palen, meanwhile announced he was stepping down from his long-time position as a Lionsgate marketing chief last June, and in January transitioned to a production executive role at the company. Founding Barnyard Projects, he got to work on an adaptation of Erin Morgenstern’s Night Circus fantasy novel, set up at Lionsgate; that property was a hot commodity in Hollywood after its 2011 publication as studios sought to find the next Twilight. He’s also prepping for Chris Peckover horror/thriller Limbo to enter production through Miramax.