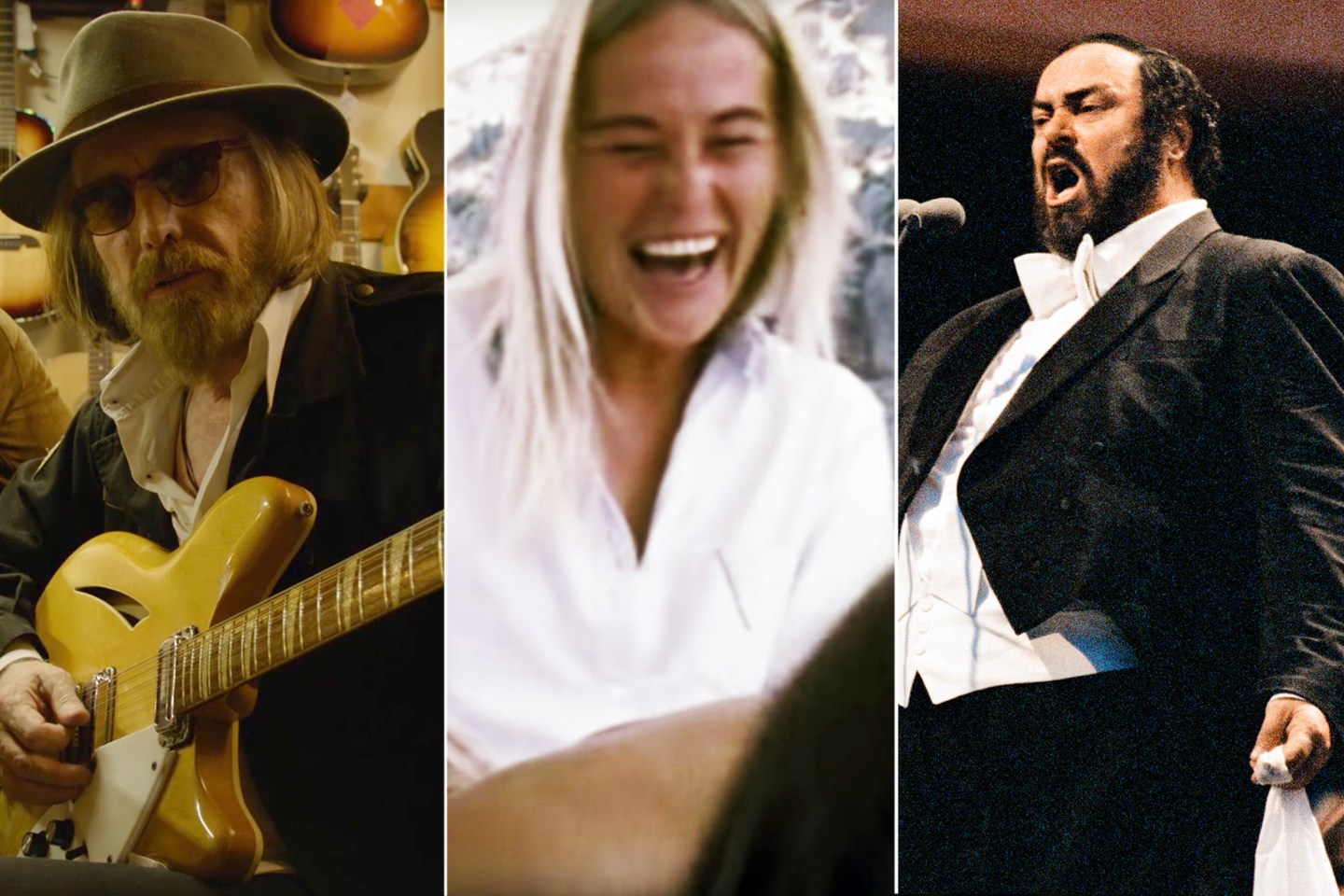 And it isn’t the only documentary out there this summer.

“Counterprogramming documentaries in the midst of blockbuster season is a relatively new phenomenon,” says Paul Deragabadian, a senior media analyst at Comscore. “It makes a lot of sense. The perfect antidote to ‘blockbuster fatigue’ is to go see something like Echo in the Canyon or Pavarotti or Marion and Leonard, or David Crosby.”

Around this time last year, a trio of crowd-pleasing documentaries were breaking records at the box office and creating blockbuster-type buzz.  Won’t You Be My Neighbor?, RBG, and Three Identical Strangers each surpassed $10 million in ticket sales, a rare occurrence for a documentary. For a sense of perspective, consider that only 30 feature documentaries have hit that milestone at the box office ever (well, at least since 1982). And three of them were released last summer.

“To have three documentaries earning over $10 million at the box office in one summer, that’s like a unicorn sighting,” says Dergarabedian.

“Documentary success in the summer is not an anomaly. It’s a trend,” says Dergarabedian, who points out that while three documentaries dominated last summer, “this summer, there are more documentaries sharing the spotlight.”

In addition to Pavarotti, there are other strong earners this summer, including film festival favorite The Biggest Little Farm, which has grossed $4.3 million since hitting theaters on May 10. “Blockbusters come in all shapes and sizes,” says Dergarabedian.

Echo in the Canyon, a star-studded documentary, which celebrates the Laurel Canyon music scene of the mid-1960s, has earned more than $3 million at the box office and shows no signs of slowing down.

Other documentary standouts include biographical documentaries such as Marianne & Leonard: Words of Love, about the late singer Leonard Cohen and his “muse” Marianne Ihlen, and Toni Morrison: The Pieces I Am, about the recently deceased Pulitzer Prize-winning novelist. In its second week of release, Mike Wallace is Here, a documentary about the legendary CBS newsman, is performing decently, as is Honeyland, the Sundance Grand Jury prize-winning documentary about traditional Macedonian beekeeping.

Though it opened in late March, Apollo 11, the archival documentary about the 1969 Apollo 11 mission to the Moon, got a boost from the publicity surrounding the mission’s 50th anniversary last month. The film, which continues to screen in IMAX theaters, has racked up more than $9 million, making it the top earner for 2019 (IMAX tickets are more expensive than standard movie tickets).

A Different Measure of Success

Financial success is measured quite differently for documentaries than it is for big-budget superhero franchises. Most documentary features have microscopic budgets compared to studio films, so there’s much less money at stake.

The total gross of all documentaries that screened in theaters in 2018 adds up to $127 million. “With the average blockbuster, that’s a good opening weekend,” says Deragabadian. “Generally, these films are on a much lower scale budget and usually have a limited release.”

For instance, Pavarotti opened in just 19 theaters, while a Disney behemoth like The Lion King was in 4,725 theaters on opening day. For a documentary feature, opening in 19 theaters is a lot. For comparison, the Mike Wallace documentary opened in three theaters.

You might assume that the abundance of documentaries on Netflix, Hulu, HBO, and other networks and streaming services would deter viewers from going to see a documentary in a movie theater. But just the opposite seems to be the case.

“I care deeply about documentary films and last year, four documentaries grossed more than $10 million, which has never happened before in the history of films,” Alamo Drafthouse CEO Tim League told Fortune recently. “I credit Netflix, because they’ve built an audience for documentary films, and guess what? That audience wants to get out of the house sometimes and experience documentary films in a cinema.”

Luckily for documentary lovers, there is no shortage of options to watch documentaries in theaters this summer.

Two More Documentaries to Look Out For in August

One Child Nation – This Sundance Grand Jury Prize winning-documentary about the ramifications of China’s “one child policy” is a critical hit (it’s currently at 98% on Rotten Tomatoes). Screening in just two theaters in its first week of release, One Child Nation earned impressive numbers, including some sold-out screenings. Amazon Studios, which purchased the documentary out of Sundance, is investing heavily in its theatrical release in hopes of garnering Oscar recognition. One Child Nation opened in New York and Los Angeles on Aug. 9 and will hit expand to more cities this Friday.

Cold Case Hammarskjöld – Directed by Danish director Mads Brügger, this upcoming documentary seemingly investigates the mysterious 1961 death of Secretary General of the UN, but leads to a broader conspiracy. “Cold Case Hammarskjöld is a singular experience that counts as one of the most honestly disturbing and provocative nonfiction films in years,” wrote Variety. Sounds just like the kind of film that will prompt documentary fans to head to the theater. Cold Case Hammarskjöld will hit theaters on Aug. 16.

—How a forensic handwriting expert will examine Aretha Franklin’s will
—New Line beats out most of Hollywood to make Olivia Wilde’s Booksmart follow-up
—Tarell Alvin McCraney talks about bringing David Makes Man to OWN
—Recapping Succession’s season two premiere: “blood in the water”
—Inside Danny Trejo’s odyssey from ex-con character actor to taco mogul
Follow Fortune on Flipboard to stay up-to-date on the latest news and analysis.