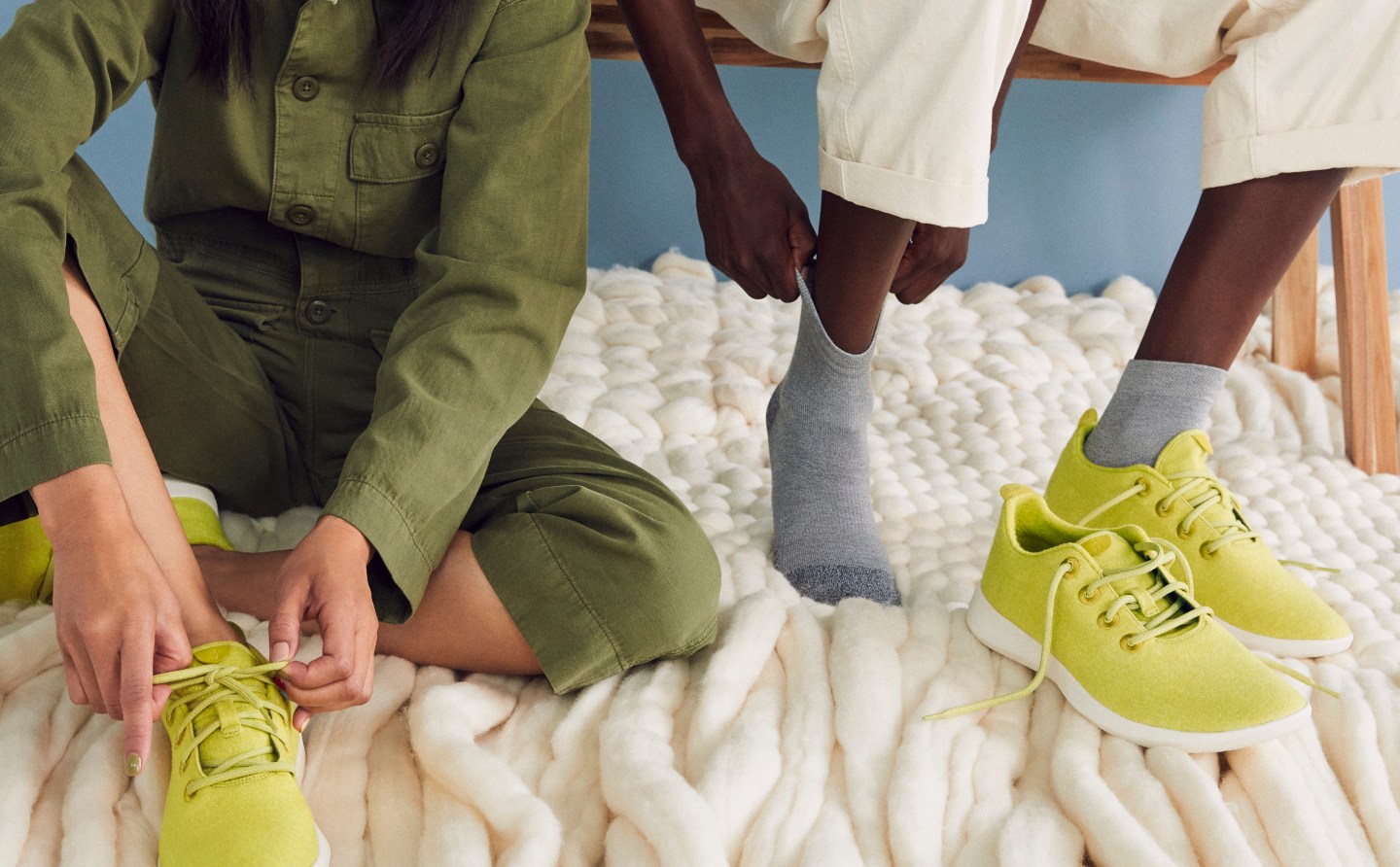 Do you or don’t you?

Wear socks with your Allbirds, that is. According to the company half the (slightly obsessive) wearers of its cultish wool sneakers do in fact wear socks, which is why the company is launching its own line of eco-friendly socks.

The socks are made of an entirely new material, which is a proprietary combination of wool and eucalyptus fiber, and which the company calls Trino. They are manufactured in North Carolina, come in three styles and six colors, and range from $12 to $16 a pair.

Co-founder Tim Brown said Allbirds had been thinking about socks from nearly the beginning and while they started out as apparel novices, they were determined to make a great sock. Over the course of eighteen months, Allbirds worked to create a merino wool and eucalyptus “bespoke yarn,” he said.

Brown confirms that the Trino yarn was not the only new material under development at Allbirds. “We’ve got some good ones, but we are going to keep those secret,” he said. “I’d like to think this is just the beginning for us.”

Indeed while Allbirds is an oft-copied direct-to-consumer retailer, it also sees itself as a development company and as such is proselytizing to the rest of the apparel world about a more ecological and sustainable way of doing business.

“We never set out to be a wool company or a shoe company,” Brown says. It chose wool to make its first shoes because wool has a significantly smaller carbon footprint than traditional sneaker materials. Allbirds then developed a foam derived from sugarcane for all its shoe soles, in place of the synthetic EVA that is commonly used in the shoe industry, and open-sourced it so that other companies, not just shoe companies, can use it.

As for the new socks, they are primarily made from Eucalyptus which the company says uses 95% less water and has 92% less fertilizer run-off than cotton.

“We are at a tipping point, you can feel it every time you have a conversation,” Brown says, referring to the increasingly visibility of sustainable fashion. Brown and partner and co-founder Joey Zwillinger achieved their mission to make Allbirds carbon-neutral by Earth Day of this year. Their goal, he says, is to show the business world that, “you can create a net zero business that is profitable.” But only if the products deliver.

As for Brown, does he or doesn’t he?

He does, and is partial to Allbirds no-show socks called “Hiders.”