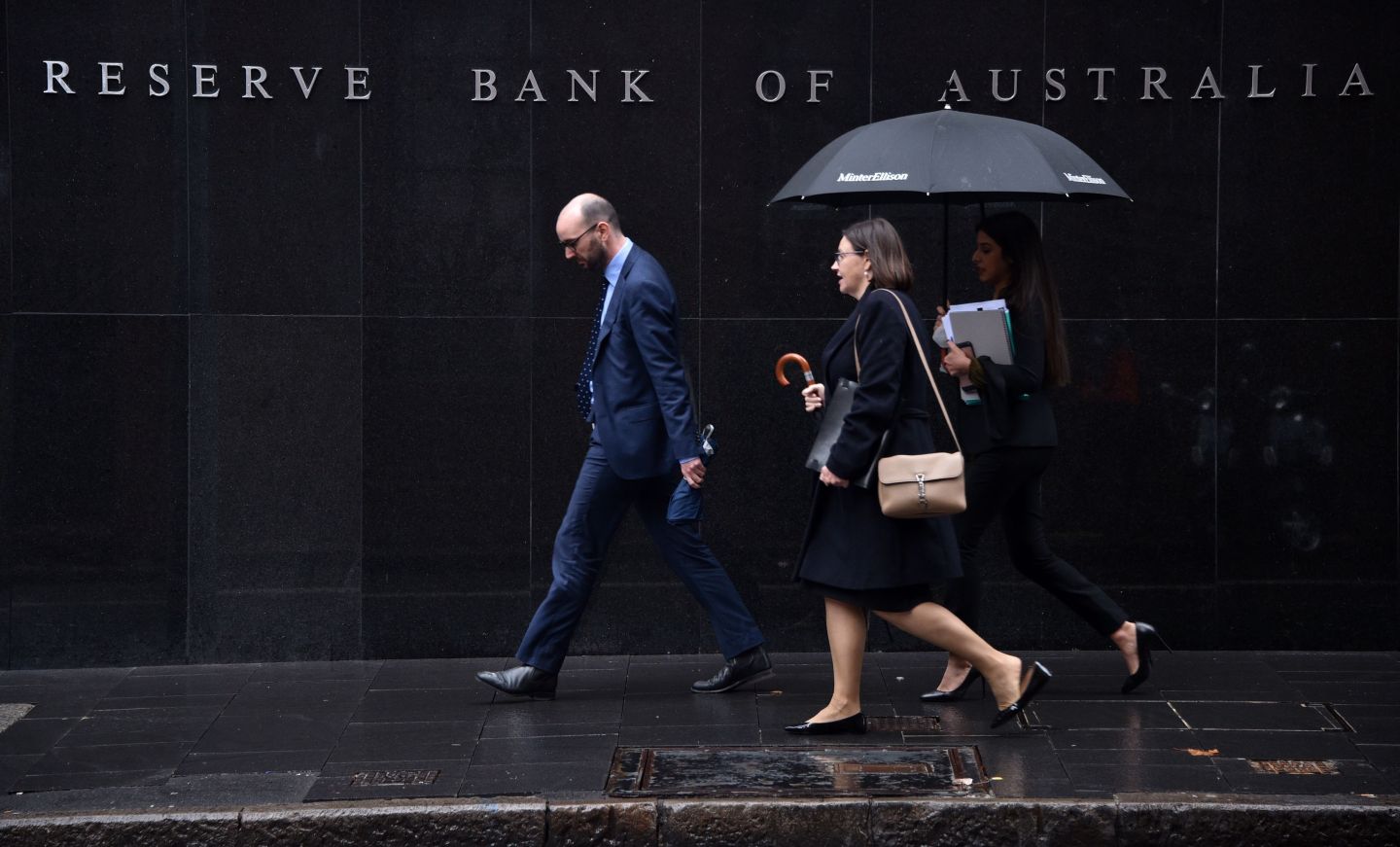 “Lower for longer” has been the adage to describe interest rates since the Federal Reserve and other central banks took short rates to near-zero as a remedy during the 2008-09 financial crisis. These past few days confirm beyond doubt that it’s going to be lower a lot longer.

While that’s good news for consumers with credit card balances and auto loans, perpetually low rates have major downsides. Two of them: Low rates distort the yield curve, which could hasten a recession. And they encourage excessive corporate borrowing.

Easy money tends to blind people to very real perils, in the view of the Jerome Levy Forecasting Center. The research group’s most recent report warns that “economic stress will spoil the illusion of safety in global credit well before 2020.”

Such admonitions haven’t deterred central banks, which are on a rate-slicing kick. The Federal Reserve last week lowered its benchmark federal funds rate by a quarter percentage point to a target band of 2% to 2.25%. A clamor to keep reducing it is coming from some influential Wall Street figures, not to mention President Donald Trump. The Fed’s move, according to Joachim Fels, global economic advisor at bond house Pimco, may be “the beginning of the next major Fed easing cycle.”

On Wednesday, the central banks of Thailand, New Zealand and India cut their rates, and Australia is expected to follow soon. Meanwhile, the European Central Bank and the Bank of Japan are eyeing further rate decreases. Indeed, both Europe and Japan have negative interest rates, where businesses and consumers must pay to deposit cash. Pimco’s Fels argued that the U.S. might end up with negative rates, too.

All these rate reductions are meant as stimulus, and indeed much of the world is facing slowing growth, with the ongoing U.S.-China trade war making matters worse. In the U.S., whose economy still seems to be in good shape (although economic growth dipped to 2.1% in the second quarter, from 3.1% in the prior period), the July cut is billed as insurance against a possible downturn.

Of course, broad macro forces are pushing rates below their historical levels. Low inflation is the root cause, the consequence of globalization and automation. And quiet inflation has changed the landscape for rate increases. Fed Chairman Jerome Powell has found that out the hard way, as little appetite exists for higher rates.

He had been gradually pumping up rates until this year, in hopes of returning them to more normal levels. In a sign of the times, though, even that target was lower than average, which had been around 5%. Until its about-face last month, the Fed was looking at around 3% or so as an end point.

Low rates mean the Fed has less room to cut, as a recession-fighting tool. What’s more, low rates bring the economy much closer to deflation, should a brutal recession blow in. And deflation, a nemesis in the Great Depression, makes recovery very difficult.

As many market-watchers have noted, the distorted yield curve (when short term bond yields exceed long term yields) is cause for concern. The yield curve inverted in May, with the three-month Treasury bill higher than the 10-year Treasury note.

The reason this matters is an inverted curve is the financial equivalent of the tell-tale red-ringed skin lesion of the Black Plague in the Middle Ages: It’s a sure-fire sign of doom. The inversion augurs a coming recession. To Joseph Lavorgna, Nataxis’ chief economist for the Americas, it can be a self-fulfilling prophecy. An inverted curve, he said, “is both a predictor and creator of recessions.”

Unfortunately, fixed-income dynamics have shifted these days, and some believe the yield curve’s predictive abilities are off kilter. Short rates have trended lower, but long-term bond yields are suppressed by enormous demand, especially from foreign investors, seeking the safety of Treasury paper and, as their domestic rates are even lower than in America, relatively fatter interest payments. The large demand increases bond prices, and yields move down.

Corporate America has been on a borrowing binge. In some cases, the objective was to fund stock buybacks, which support share prices. In others, to underwrite acquisitions. And also to pay for capital spending. Borrowing, aptly nicknamed leverage, is a time-honored way to buy big and important things, necessary for building businesses and creating earnings.

Some argue, with justice, that low rates have taken leverage too far. In the Levy Forecasting Center’s estimation, “companies in dubious financial positions have been able to roll over loans, fill holes in their cash flow and postpone cutbacks.”

As of this year’s first quarter, corporate nonfinancial debt of U.S. companies had surged to a record $9 trillion. And that is higher than before the Great Recession, consultancy Deloitte found. Although earnings growth in recent years has been robust, the second quarter likely will be much more anemic when all the results are tallied.

The low cost of funding is the big catalyst for this mounting debt load. For speculative bonds, a.k.a. junk, the spread to comparable Treasuries has been below four percentage points and only recently ticked up to just under five. Still, the historical average is almost double that.

At some point, when the inevitable recession arrives, so will the pain for investors.