Vietnamese Egg Coffee Is Taking North America by Storm–but What Is It? 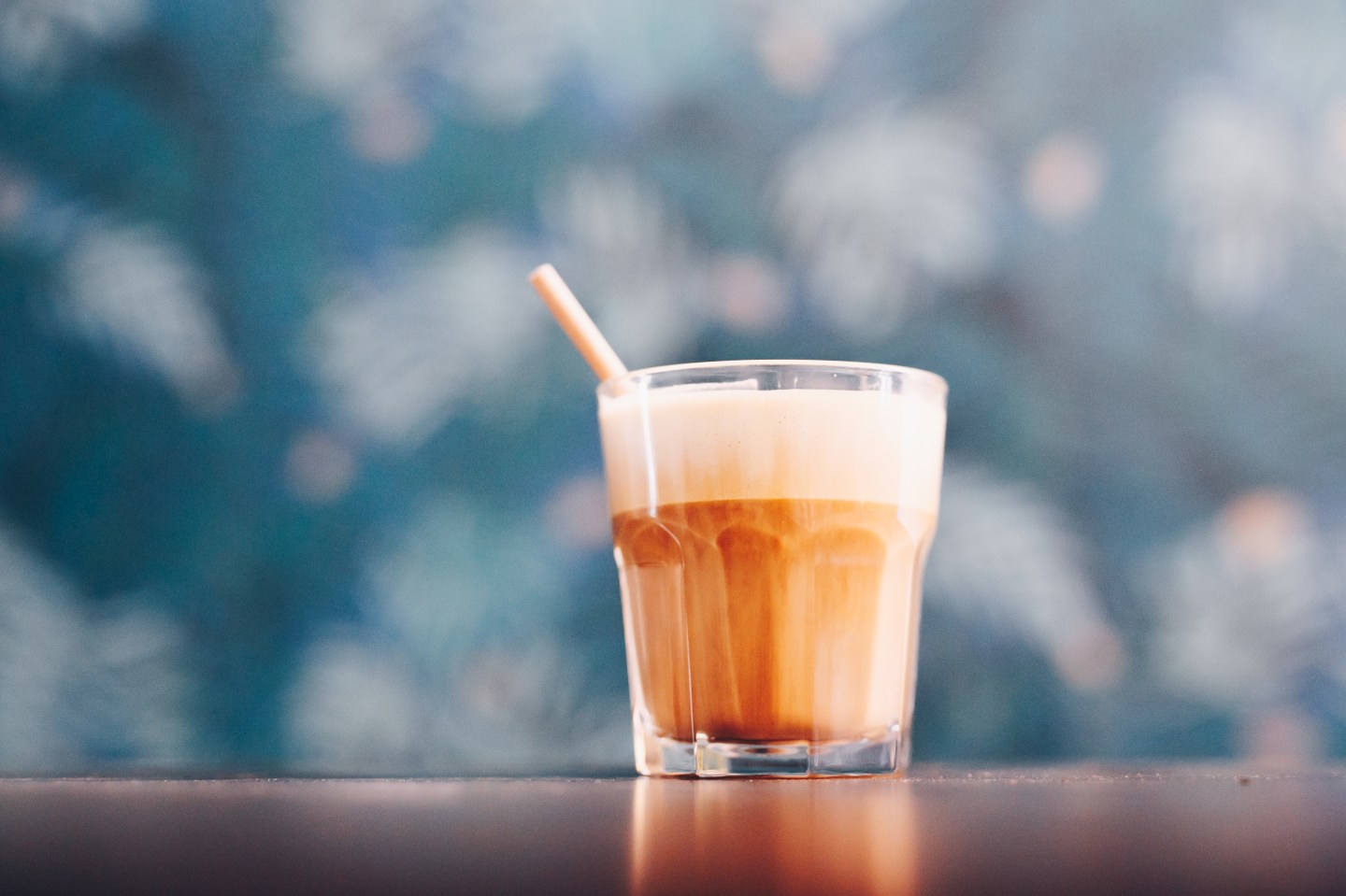 Available on tap, the drink is made with egg yolks, sugar, and condensed milk—and tastes like tiramisu.
Briana Balducci

In 1946, when Vietnam was plagued by war with France, a shortage of milk led Nguyen Van Giang, who was then working at the Sofitel Legend Metropole Hotel in Hanoi, to come up with a substitute for the condensed milk traditionally used when preparing coffee. His solution? Whipped egg yolks.

The creative improvisation caught on and became a revered local drink in its own right, eventually leading Van Giang to open his own shop, Giảng Cafe, which has since become a national attraction in the city.

Traditional cà phê trúng (Vietnamese egg coffee) is a Northern Vietnamese specialty made with robusta beans, whisked eggs, sugar, and condensed milk. As is the case with culturally defining culinary endeavors, it was only a matter of time until the drink made its way across oceans and continents, tickling palates and developing devotees among folks living outside Vietnam.

A note should be made about the most elemental form of Vietnamese coffee, which predates and is the basis of Van Giang’s glorious invention. The traditional java is of the dark roast kind—incredibly strong and bitter—with flavors counterbalanced by sweetened condensed milk. Served hot or cold, coffee in Vietnam was first introduced around 1857 during French colonization. Limited refrigeration capabilities, the use of cows solely as work animals, and scarcity of fresh milk led to the widespread use of condensed milk for storing dairy long term.

Today, the Southeast Asian country is the second largest producer of coffee in the world (Brazil is No. 1) and the first when only taking into account the robusta variety (from the Coffea canephora plant, boasting high bitterness and low acidity levels). Currently, most Vietnamese coffee in North America is actually made with Café du Monde’s coffee and chicory beans—produced in New Orleans—a departure from the robusta beans still used in Hanoi and its surrounding areas.

And yet, while standard Vietnamese coffee and cuisine can be found throughout Western countries relatively easily, egg coffee is not prevalent. In New York City, for example, aficionados virtually have a single option: Hanoi Soup Shop on St. Marks Place in Manhattan’s East Village neighborhood.

“It absolutely could be a dessert,” says Sara Leveen, co-owner of Hanoi Soup Shop and Hanoi House, of cà phê trúng, whose flavor many describe as tiramisu-like. “It is what you make of it: What did you have before? What are you craving? The custard itself tastes like it could very easily be a dessert,” Leveen explains. “It’s sweet, but then you mix in all that dark black coffee, and it is strong.”

Following a trip around the world that included stops in Vietnam, where they developed a taste for the local culinary offerings, Leveen and her now-fiancé Ben Lowell opened Hanoi House, a Vietnamese eatery, back in 2017. “There were just some dishes from Hanoi that we would find bastardized versions of in places in Chinatown,” she recalls. That is likely the result of the history of migration to the United States: As most Vietnamese immigrants hail from the southern part of Vietnam, they brought along regional specialties. Although now widespread in Vietnam, cà phê trúng is undoubtedly a northern creation.

Only serving dinner initially, the business partners eventually added brunch service once a week, offering a menu that included the egg concoction. “It was three egg yolks for one order of coffee, whipped to order, with a drizzle of honey and condensed milk,” Leveen says. Needing to heat the milk with hot coffee as the eggs were whisked (so that, once they hit the coffee, they’d stay warm but not get shocked), each drink would take four minutes to prepare. “It was a pain in the ass, but people loved it,” she says.

This past April, the couple opened an all-day Vietnamese café two doors down from their first shop. More of a takeout effort, Hanoi Soup Shop decidedly demanded the presence of cà phê trúng on the menu: But could a quick takeout business serve a coffee that requires almost five minutes to be made? “We hacked it,” Leveen says. Instead of whisking the eggs directly into the drink, the staff now cooks a custard base and aerates it. Making large batches, they cook it, cool it, and then pour it into the coffee, which can be served either hot or cold. According to Leveen, “out of 50 people that walk through the door every day, six to eight of them are coming just for coffee.” Hanoi Soup Shop’s Vietnamese egg coffee costs $8, about double the amount for the café’s regular hot Vietnamese coffee.

Fans will also find faithful renditions of the treat up in Canada. Following the Vietnam War, refugees who settled in Canada brought along with them food-related traditions that still pepper the local gastro scene—including cà phê trúng.

At Coffee Dak Lak in Toronto, open since 2016, the egg coffee ($4.99 Canadian) is made with two whisked egg yolks, condensed milk, coffee, and cocoa powder. (Like Hanoi Soup Shop, the egg custard at Coffee Dak Lak is prepared in advance.) The beans used here are imported directly from Vietnam and are a mixture of robusta and arabica beans. “An ideal ratio to make a good tasting coffee,” says Khanh Pham, the general manager at the Canadian coffee shop. In terms of popularity, Pham estimates that about 80% of customers who stop in daily do so singularly for a cup of coffee.

Cà phê trúng is not the only Hanoi drink that claims a spot on Western culinary bucket lists: Coconut coffee is a popular order at both Hanoi House and Coffee Dak Lak as well. In Toronto, Pham’s staff uses coconut cream and condensed milk, pours it onto a Vietnamese coffee espresso, and tops it off with roasted coconut crumbs. In New York City, the Hanoi House team prepares a frozen coconut coffee made with coconut gelato, coconut milk, and coffee. As Leveen mentions, the Vietnamese way of preparing the drink is slightly different (“badass,” in her own terms): sweetened coconut milk and ice are blended to form a sort of frappé that then gets drenched in coffee, giving rise to a liquid dessert-like brew that appeals to masses worldwide.

—What you should know about Italy’s new food capital