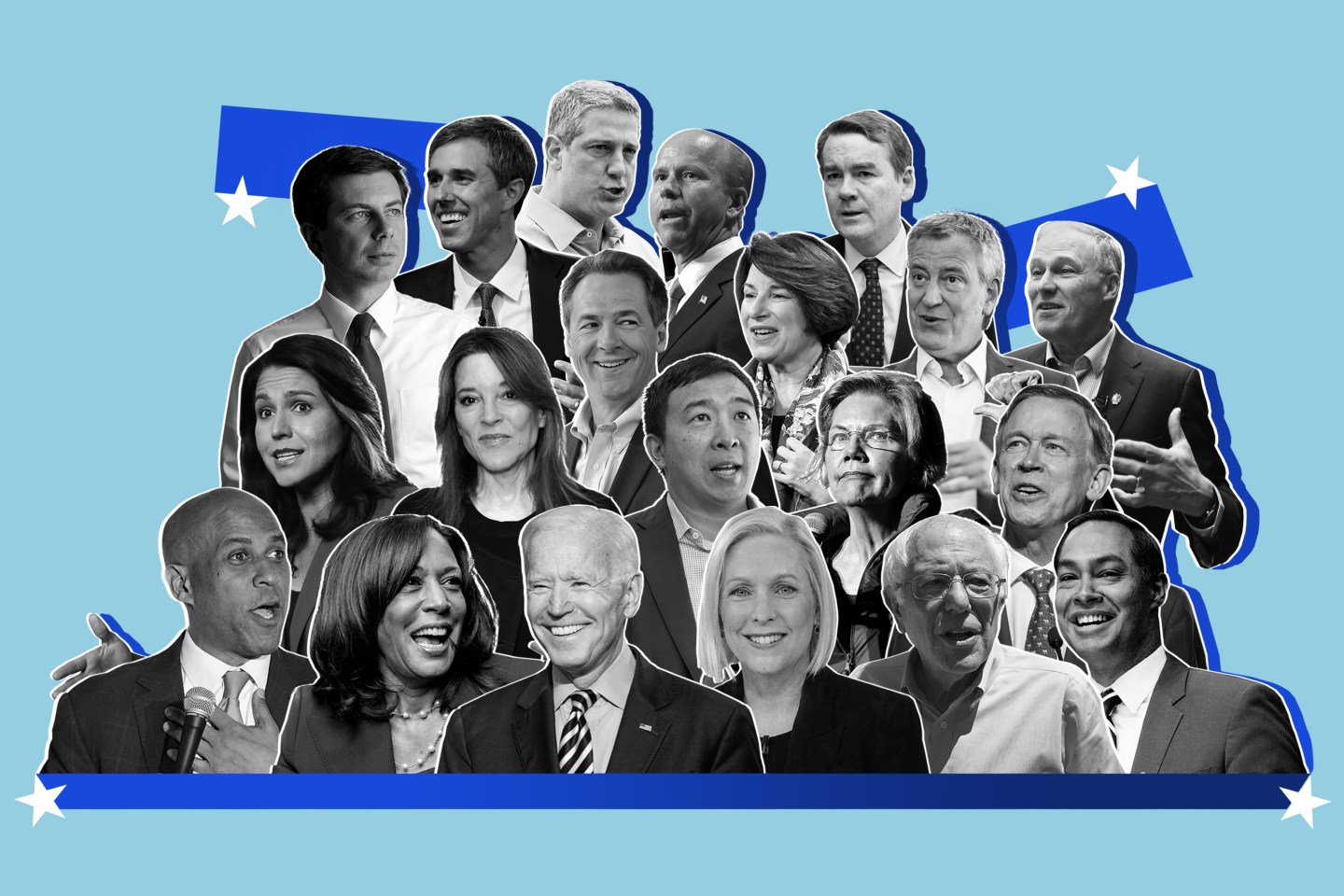 The second round of debates for Democratic presidential candidates gets underway Tuesday—and those who scored big in June are hoping to further distance themselves from the pack, while those who stumbled hope to regain ground.

Once again, the debates will take place over two nights, with 10 candidates taking the stage each evening. On Tuesday, Sen. Elizabeth Warren and Sen. Bernie Sanders will be the main attraction, though Julián Castro, who performed well in the last round, will be closely monitored as well.

Wednesday, all eyes will be on the rematch between former vice president Joe Biden and California Sen. Kamala Harris. Harris made perhaps the biggest impression in the first series of debates by challenging Biden over his comments about race and busing. The former vice president has been on the defensive since then.

Got questions about the debate? We’ve got answers.

When is the first Democratic primary debate?

Which candidates will be on stage which night?

Where can I watch the Democratic debate?

CNN is running the debate this time, taking the torch from NBC. Telemundo will once again simulcast the event.

How can I watch the Democratic debate online?

If you don’t have a cable subscription, Round 2 of the Democratic debates will also be airing on CNN.com and the news organization’s apps for iOS, Android, Apple TV and Roku.

There are also a number of online streaming options, some of which require a subscription (or you’ll need to sign up for a free trial). These include:

Who is moderating the Democratic debate?

Workers prepare the debate stage at the Fox Theater in Detroit, Michigan, on July 30, 2019, ahead of the 2nd Democratic Presidential Debate.
Jeff Kowalsky—AFP/Getty Images

Which candidates won’t be at the Democratic primary debates?

Rep. Eric Swalwell (D-Calif.), who was on stage at the first debates, will also be absent. He quit the campaign soon after that appearance.

When is the next Democratic debate?

A likely whittled down group of Democrats will gather once more on Sept. 12 and 13. (The qualification requirements for those debates are much higher than this round.)   Overall, there will be 12 Democratic primary debates before the election, with six scheduled for this year.

—To impeach Trump or not: Where 2020 Democrats stand

—Biden surges in new poll ahead of Democratic debate