Harris Has a Strong Showing, Stuns Biden on Night 2 of Democratic Debate 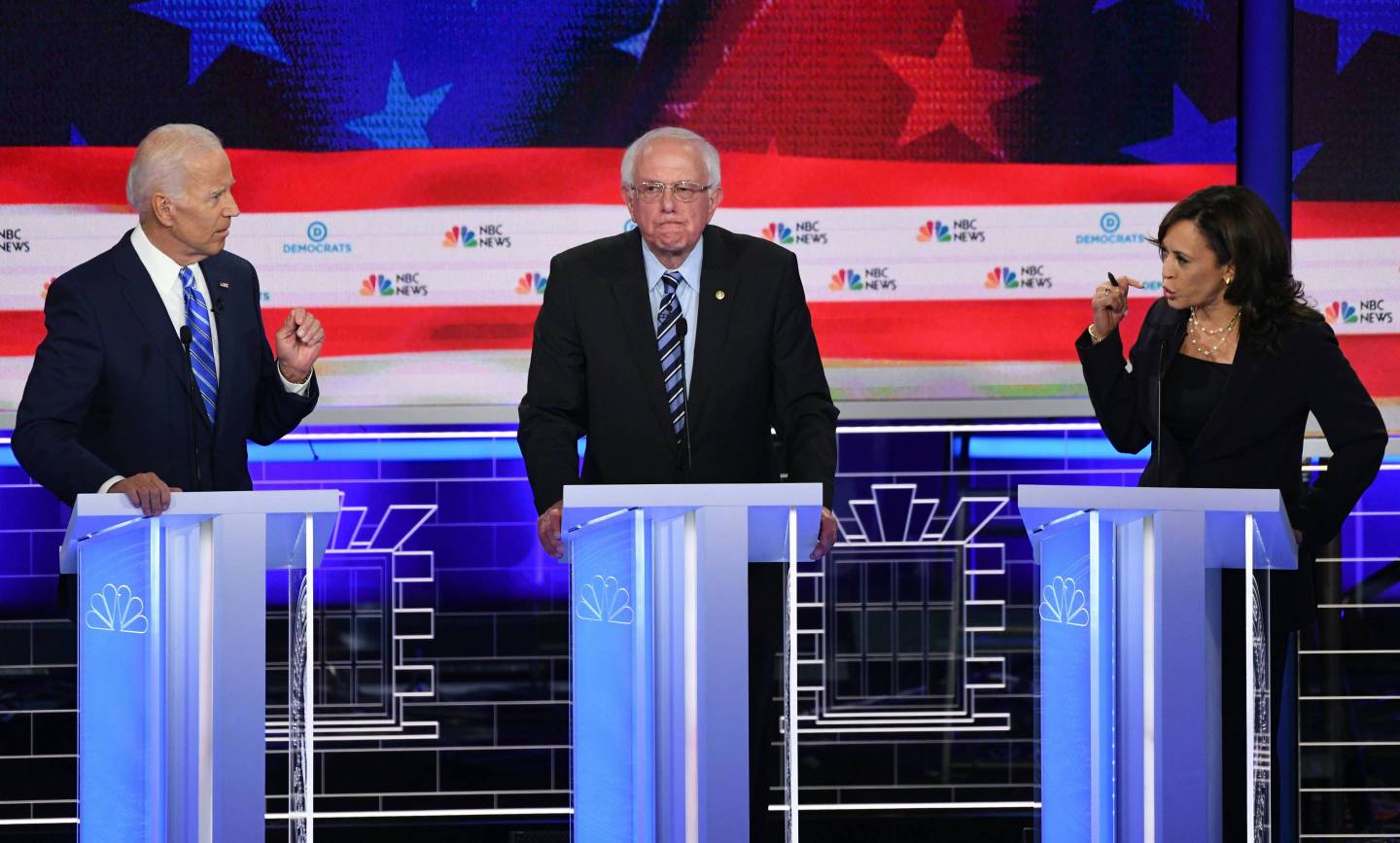 While Biden wasted no time bashing President Donald Trump during the second night of the Democratic presidential debates in Miami, the frontrunner was stunned byHarris during a riveting moment. The freshman senator ripped into Biden about his recent remarks about working with a pair of shameful segregationists when he was in the Senate and his opposition to busing in the 1970s.

“Ido not believe you are a racist. And I agree with you when you commit yourself to the importance of finding common ground,” Harris told Biden. “But,I also believe—and it is personal—it was actually very hurtful to hear you talk about the reputations of two United States senators who built their reputation and career on the segregation of race in this country.”

Harris said Biden worked to prevent the Department of Education from integrating school busing more than four decades ago, and that move affected a little girl growing up in Northern California. “That little girl was me,” saidHarris, her voice trembling. “So, I will tell you that on this subject, it cannot be an intellectual debate among Democrats. We have to take it seriously.We have to act swiftly.”

Ina sharp contrast among the first 10 candidates who debated on Wednesday,Thursday’s fiery debate between four of the highest-polling candidates, Biden, Harris, Senator Bernie Sanders, and South Bend, Ind., Mayor Pete Buttigieg, as well as six others desperate to make an impression on voters, set the tone thatTrump will not be the only target this campaign season.

For his part, Biden said Harris’ comments were “a mischaracterization of my position across the board, I did not praise racists.”

Harris, a former attorney general in California, pressed Biden on his record of fighting to oppose busing decades ago, citing she benefitted from busing.

“Idid not oppose busing in America,” Biden said. “What I opposed is busing ordered by the Department of Education. That’s what I opposed.”

WhileBiden was respectful and did what he needed to do to hold onto his frontrunner status, said Dan Sena, former executive director of theDemocratic Congressional Campaign Committee, Harris was impressive.

“She’s showing she has every intention to lead and fight to win the race,” said Sena, adding that Harris is now firmly in the top tier of Democratic candidates.”She’s clearly more than her words.”

Sena said Harris’ exchange with Biden will get her attention, but her approach might be seen as “an overreach” with individual voters as Biden remains the odds-on favorite. Yet, Harris separated herself from the pack Thursday not only by taking aim at Trump and Biden but even reining her rivals in during a chaotic moment.

“Guys, you know what, America doesn’t want to see a food fight, they want to know how we’re going to put food on their table,” which drew thunderous applause and even a clap from Biden. But Harris eventually zeroed in on Trump and the economy, saying Trump is out of touch with Americans who are struggling to maintain a decent living, some working two and three jobs.

“Wheny ou ask him how you measure this great economy of yours, and he talks about the stock market. Well, that’s fine if you own stocks. So many families do not,” she said. “Let’s be really clear: in our America, no one should have to work more than one job to have a roof over their head and food on their table.”

“Ordinary middle-class Americans built America. Too many people have seen the bottom fallout,” Biden said. “We have enormous economic inequity. We can make massive cuts in the $1.6 billion in tax loopholes.”

Swalwell urged Biden to “pass the torch” to a new generation of candidates, echoing remarks Biden said 32 years ago. Swalwell noted a way to solve climate change, gun violence, and student loan debt is to “pass the torch.”

“What we are trying to do, what all of us are trying to do is to end discrimination in this country against women, against minorities, against the LGBTQ community and ageism as well,” Sanders said. “Look, at the end of the day what the people of this country have got to determine is what candidate will standup for their best interests? It doesn’t matter whether you are young or old, black or white, but I’ll take a hard look at the candidates and what they stand for.”

As for Sanders, when asked by moderators if Democrats nominated a socialist would mean a Trump reelection win, the senator quipped: “The last polls have us 10 points ahead of Donald Trump because the American people understand that Trump is a phony; that Trump is a pathological liar and a racist, and he lied to the American people during his campaign,” Sanders said. “President Trump, you’re not standing up for working families when you try to throw 32 million people off their health care that they have; and then 83 percent of your tax benefits go to the top percent.

“That is how we beat Trump,” Sanders said. “We expose him for the fraud that he is.”

Hickenlooper said the thought of socialism could provide Republicans with an opening to come at Democrats “any way they can.”

Regarding health care, Sanders touted his “Medicare-for-All” plan, which would include taxes going up for the middle class while their overall health care costs would go down.

“Ata time when we have three people in this country owning more wealth than the bottom half of America while 500,000 people are sleeping on the streets today,” Sanders said. “We think it is time for (a) change.” Sena said he thought Sanders didn’t fare well on Thursday as he and Biden will have to regroup. Meanwhile, Sena, the former DCCC chair, thought Buttigieg had key moments, especially when he admitted that the recent fatal shooting of an African American man by a white police officer in South Bend is “a mess,” and calling out the Republicans hypocritical on their use of religion, especially in relation to the immigration crisis.

“And for a party that associates itself with Christianity, to say that it is OK to suggest that God would smile on the division of families at the hands of federal agents, that God would condone putting children in cages, has lost allc laim to ever use the religious language,” Buttigieg said. Sena said both Democratic debates should go a long way to separate the field of candidates.