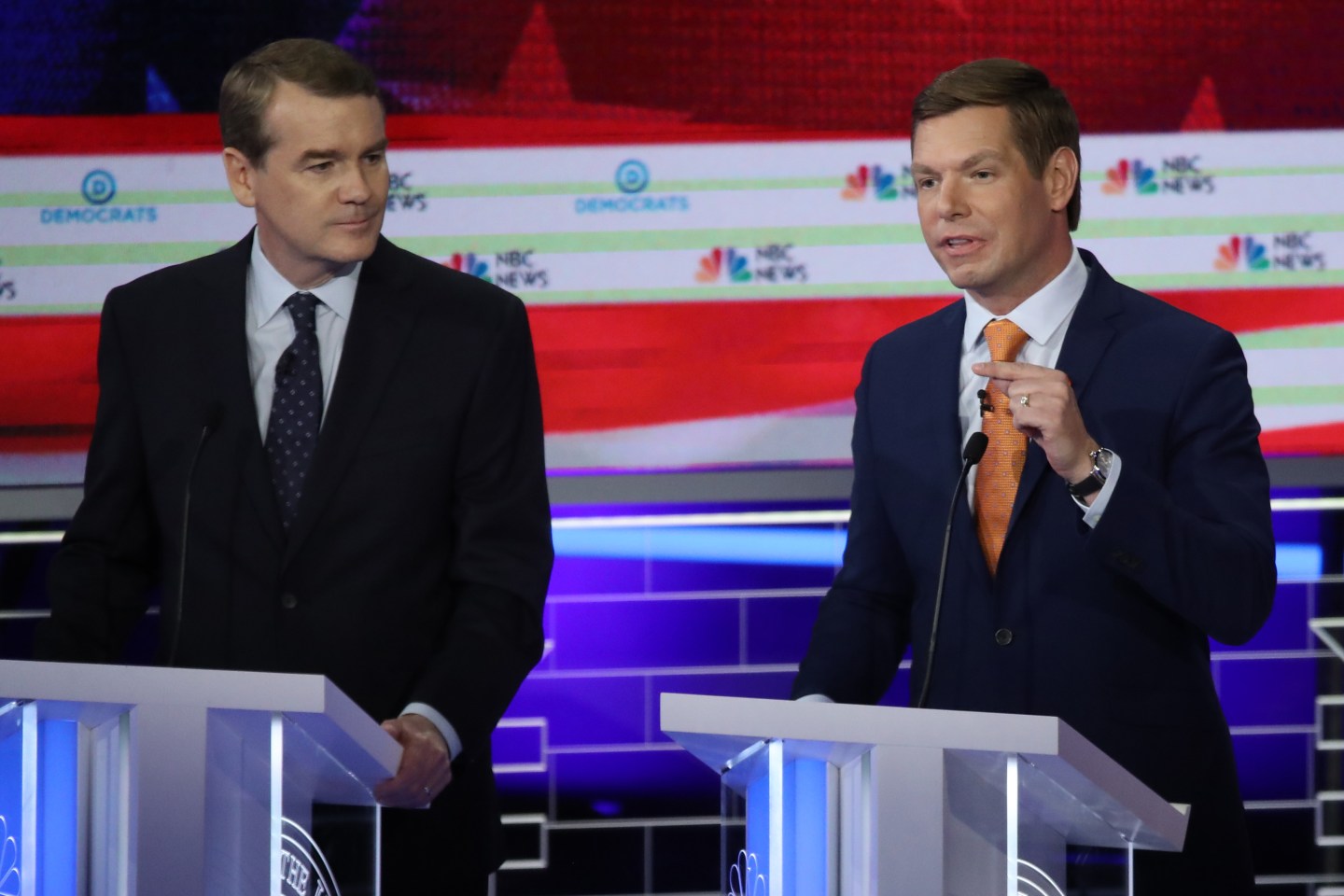 The second night of NBC’s Democratic debates brought ten new candidates to the stage, including former Vice President Joe Biden, Sen. Bernie Sanders, and Sen. Kamala Harris. The 2020 Democratic hopefuls ignited a fierce debate over issues such as Medicare for All, income inequality, and institutional racism, each vying to be seen as the most qualified to take on President Donald Trump and win the White House.

While the moderators made sure to hit major subjects such as climate change, education, and immigration, not every topic made the agenda. These are the subjects the 2020 Democratic candidates neglected to address during the second debate.

During the first debate, NBC’s moderators asked the candidates if they believed pharmaceutical companies like Purdue should be held criminally responsible for their role in the opioid epidemic (both Sen. Cory Booker and former congressman Beto O’Rourke said yes).

On Thursday, however, the crisis that has killed over 45,000 Americans was not mentioned on the debate stage. Candidates instead focused on the broader issue of healthcare and debated the potential affects of a Medicare for All implementation. Several of the candidates addressed the need to take on big pharma in terms of prescription drug prices, but opioids were left off the table.

The idea of a tax on the country’s richest individuals has been discussed most prominently by Sen. Elizabeth Warren, another 2020 candidate, but Sanders has a similar plan: an increased estate tax. Sanders has proposed an expanded estate tax of up to 77 percent on the value of estates above $1 billion. Despite this, neither a wealth tax nor an estate tax was not discussed on either debate night.

The second round of candidates frequently addressed income inequality and the need to get money out of politics, but focused on corporations instead of specific individuals. Sen. Kirsten Gillibrand, for example, promoted her plan for publicly funded elections, which would prevent corporate interests from buying the loyalty of elected officials.

Being that the two candidates with specific trillion-dollar infrastructure plans—Sen. Amy Klobuchar and former congressman John Delaney—were present for Wednesday night’s debate, it’s less unreasonable for the subject of infrastructure to be lacking from Thursday night. Still, more than half of rural Americans say access to high-speed internet is a problem, and any candidate hoping for their vote will likely have to address this gap in broadband eventually.

The fact that the special counsel’s report wasn’t mentioned Thursday night could show more about the moderators than the candidates. Moderators asked Wednesday night’s candidates how they would address President Donald Trump’s potential crimes outlined in the report; both O’Rourke and Delaney said Trump is not above the law, but Delaney added that the Mueller report is not at the forefront of the minds of the American people.

Neither the moderators nor the candidates mentioned former special counsel Robert Mueller on Thursday night, but that doesn’t mean the contenders had nothing to say about Trump. Instead of focusing of potential prosecutions, however, the candidates were more interested in the way the current president has changed immigration policy and altered U.S. standing in the world.

—Democratic debate night 1: what we learned from each candidate