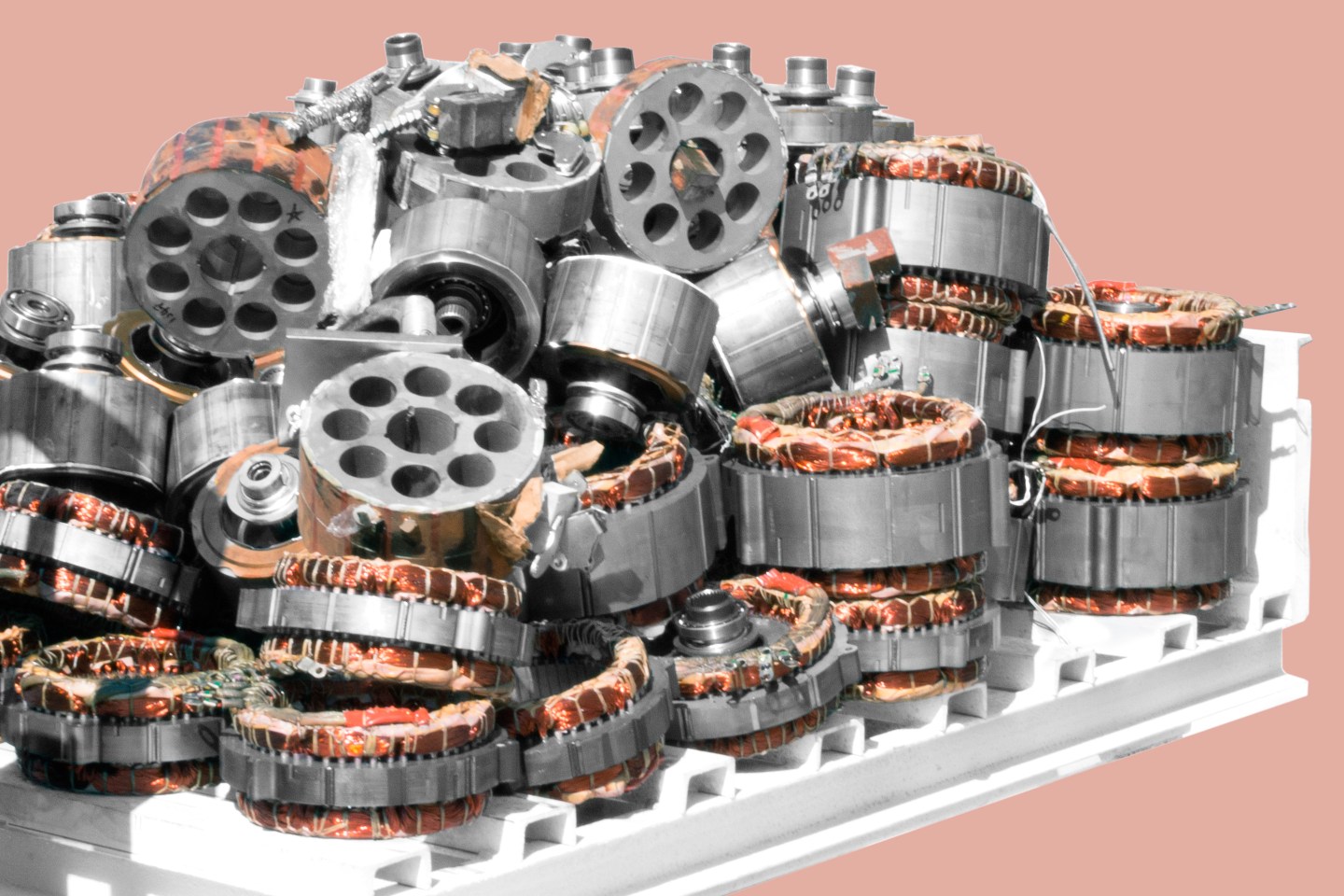 China has a stranglehold on the world’s supply of rare-earth metals—elements vital to every aspect of modern technology from display screens to antimissile systems. But the U.S. has an abundance of rare-earth deposits too—stockpiled in junkyards and landfills waiting to be recycled. Texas-based startup Urban Mining Co. (UMC) is doing that job.

When trade negotiations between Washington and Beijing broke down in May, China’s President, Xi Jinping, took a publicized tour of a rare-earth magnet factory, sending a veiled threat to the U.S. According to Washington-based lobbyist Jeff Green, Xi’s threat caught the attention of “literally the highest levels of the U.S. government.”

The U.S. had actually been on the lookout for ways to shift its supply of rare earths from China since 2010, when Beijing last played the rare-earth card. One company, Molycorp, rose to the challenge in 2011 and attempted to reopen a mothballed rare-earth production facility at Mountain Pass, Calif. Four years and over $1 billion later, the mine shut down, unable to ­compete with China.

UMC thinks recycling is the right tack to take. At its San Marcos facility, rare-earth magnets collected from discarded tech, such as disk drives and MRI machines, are ground into a fine powder and processed into new magnets. At full capacity, UMC’s “Magnet-to-Magnet” factory will churn out more than 1,000 tons of magnets a year, which the company claims will be higher-performance than the original feedstock.

“We’re taking rare-earth magnets from disk drives and producing magnets for missile defense systems,” says UMC CEO Scott Dunn. With rare earths vital to the security of the nation, it’s no surprise that the U.S. Department of Defense has provided funding to support UMC’s pilot program.

A version of this article appears in the August 2019 issue of Fortune with the headline “Undermining China’s Monopoly.”