Pot Execs Testify About Being Shut Out of the Financial System: It’s ‘Federal Chaos’ 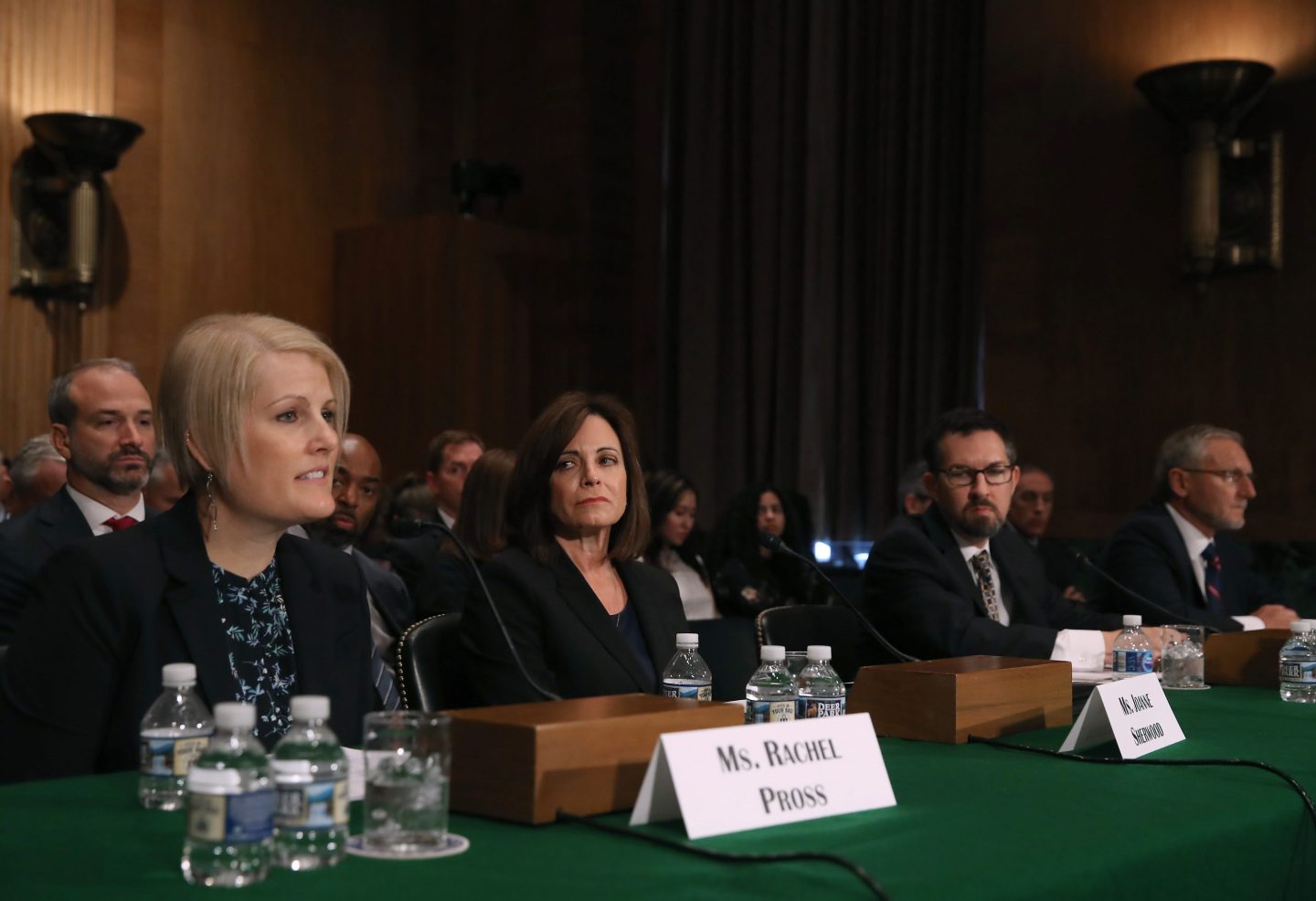 The Senate Banking Committee heard firsthand on Tuesday about the cannabis industry’s challenges in accessing the U.S. financial system—obstacles that have scared banks away from dealing with the industry and forced cannabis companies across the country to operate as cash businesses.

Both banking and marijuana industry participants testified before the committee’s “Challenges for Cannabis and Banking: Outside Perspectives” hearing in Washington, where the conversation centered around Secure And Fair Enforcement (SAFE) Banking Act of 2019. The bill would provide banks and financial institutions with a “safe harbor” from federal regulations prohibiting them from working with cannabis-related businesses, so long as they do so in states where marijuana is legal.

The hearing also featured testimony from Senators Jeff Merkley (D-Ore.) and Cory Gardner (R-Colo.), who are co-sponsoring the Senate version of the bill and discussed what the legislation aims to achieve—namely, rectifying a situation where the federal prohibition on cannabis means that marijuana cultivators and retailers are often deprived of even the most basic banking services, and even the “ancillary” businesses that provide them with products and services can find themselves subject to sanctions.

“Let’s stand with states’ rights; let’s stand with the judgment from across the nation,” Merkley said of the 33 states (plus the District of Columbia) that have legalized marijuana for recreational use, medicinal use or both.

Merkley described the status quo as “a federal chaos” that enables money laundering, robbery, and tax evasion, and also leaves individuals with indirect ties to cannabis businesses—such as the spouses of people who work in the industry—prone to losing bank accounts and other financial services.

“Forcing legal businesses to operate in all cash is dangerous for our communities,” he said, describing it as “one of the most absurd things I have ever witnessed.”

John Lord, the owner and CEO of Colorado-based marijuana cultivator and retailer LivWell Enlightened Health, depicted a business environment where banking services are few and far between and cannabis businesses have to pay monthly fees of up to $3,000 for bank accounts with state-chartered credit unions.

“At one point, I rented out a former bank to use as a vault to store cash; another time, I had no choice but to walk into the IRS in Denver with more than $3 million in cash in order to pay federal taxes,” Lord said. “Imagine running a business with hundreds of employees and having to make all payments, including payroll in cash. It is difficult, and frankly, it’s dangerous.”

Those challenges were echoed by Rachel Pross, chief risk officer at Oregon-based Maps Credit Union, which banks the legal marijuana industry in its home state. Pross, who testified on behalf of the Credit Union National Association (CUNA), noted that “cannabis businesses don’t operate in a vacuum”—adding that “without a federal law providing explicit legal clearance” to financial institutions, ancillary businesses ranging from accountants and lawyers to plumbers and electricians will continue to be at risk of sanctions for working with cannabis businesses.

Meanwhile, the industry’s reliance on cash continues to pose a safety and security risk for marijuana companies. Joanne Sherwood, the president and CEO of Colorado-based Citywide Banks, pointed out that while cannabis companies represent less than 1% of all local businesses in Denver, they accounted for 10% of reported burglaries in the city from 2012 to 2016.

Unlike Maps Credit Union, Citywide does not provide financial services to the cannabis industry in its state. “The fundamental issue is that this is illegal from a federal perspective,” Sherwood said. “We are not willing to take the reputational risk or the exposure.” She urged the committee to pass the SAFE Banking Act and asked for federal banking regulators to “clearly define the expectations and operating procedures” for working with the industry.

But not all who testified were in favor of more lenient guidelines for dealing with marijuana businesses. Garth Van Meter, director of legislative affairs for the anti-legalization nonprofit Smart Approaches to Marijuana, provided counterpoints to the day’s pro-SAFE Banking Act testimonies by calling for more research into the potency of today’s cannabis products “before we address the banking question.”

“To address banking, and the institutional investors entering the banking system to invest in marijuana firms, is premature before we’ve had a debate over whether or how to regulate the addictive potential and the abuse potential of high-potency marijuana,” Van Meter said.

In addition to criticizing marijuana retailers’ marketing of high-THC “concentrates,” as well as edible products that he said indirectly appeal to children and adolescents, Van Meter gave his view that the cannabis industry “is always going to be a very cash-intensive business” given some customers’ reluctance to divulge their financial information.

“The states’ seed-to-sale tracking systems track customer data, and then those companies turn around and sell that [information] back to the marijuana industry,” he said. “There’s always going to be a proportion of the clientele that doesn’t want to be tracked and is always going to pay in cash.”

Yet that doesn’t address cannabis businesses’ difficulties in finding a place to park that cash, which the SAFE Banking Act is meant to alleviate. So would the federal de-scheduling of marijuana—which is exactly what Rep. Jerry Nadler (D-N.Y.) and Sen. Kamala Harris (D-Calif.) happened to suggest on Tuesday, via their introduction of the Marijuana Opportunity, Reinvestment, and Expungement (MORE) Act.

The MORE Act would make marijuana legal under federal law, place a 5% federal tax on legal cannabis and establish an “Office of Cannabis Justice” that would provide grants to communities harmed by the federal prohibition of the drug.