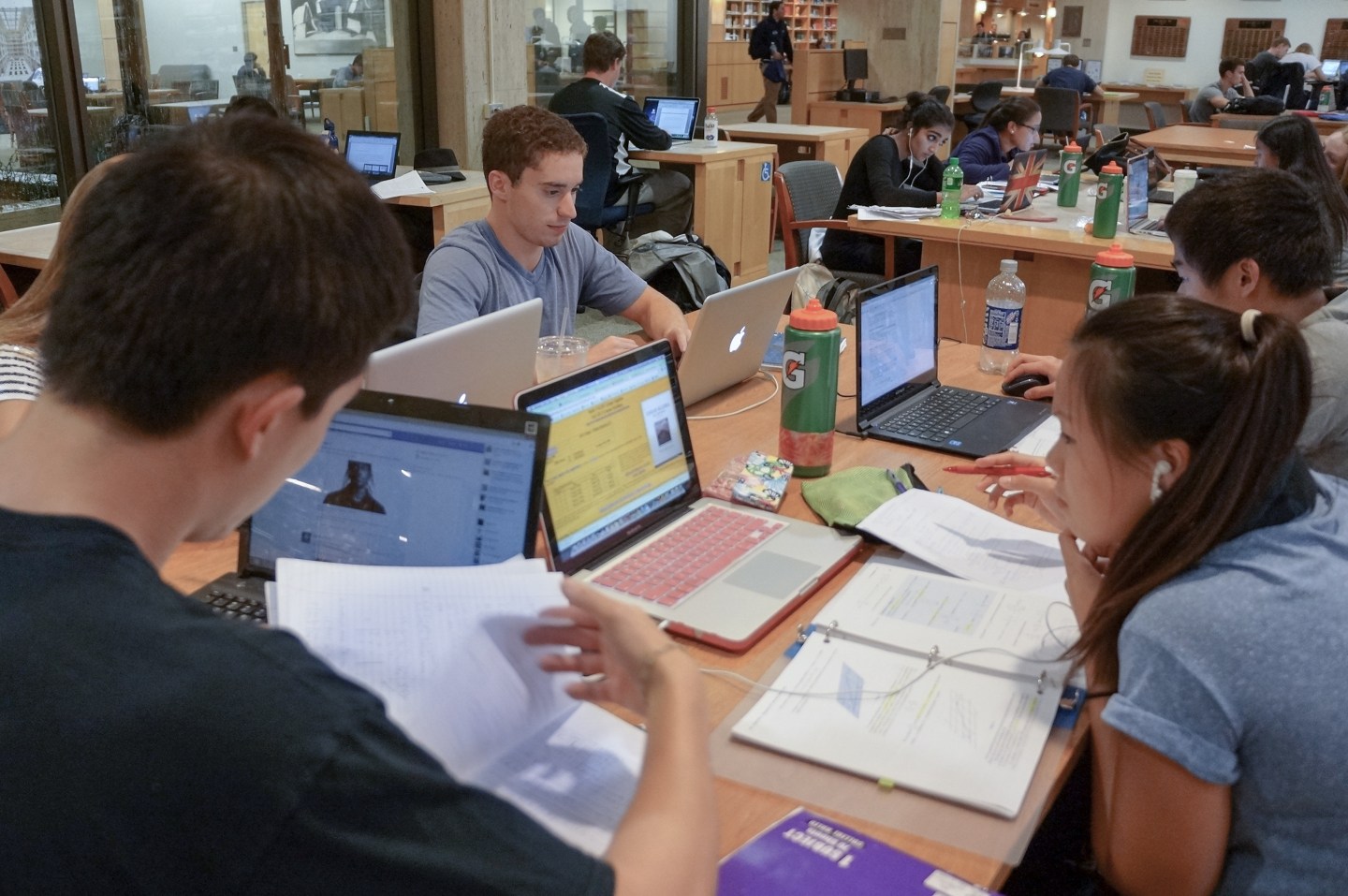 It’s another sign of the competitive retail turf: Sales for this year’s back-to-school shopping—the second-largest consumer-spending season next to Christmas—are expected to be essentially flat against 2018.

For both school-age and college students, an estimated $52.96 billion is forecast to be spent on tech, clothing, backpacks, and sundry school supplies from now through August. That’s a .26% decline against 2018’s sales of $53.1 billion, according to a Deloitte survey released this week.

But there are notable shifts this year in back-to-school shopping: Spending on technology is increasing and e-commerce continues to make inroads in shopping decisions, for both school-age and college students.

Buying provisions for school-age children in the next couple months is estimated to reach $27.8 billion, up .72% from 2018’s $27.6 billion, according to the survey. That number breaks down to roughly $519 per child, a slight increase from last year’s back-to-school projections of $510.

“The fact that the year-over-year [spending] was fairly flat was not all that surprising,” said Rod Sides, vice chairman of retail and distribution at Deloitte, and lead author on the report. “We think that especially, given the nature of what’s being purchased from a back-to-school commodity perspective, that it makes a fair amount of sense.”

This year, most shoppers for school-age students will spend more money in stores, or 56%, compared to 29% online. In 2018, 57% of back-to-school buying was in actual stores and 23% occurred online.

But for college students, this year the percentage of shopping in stores is expected to drop to 46% from 54% against 2018, with projected online shopping climbing to 28% from 24%.

As is common, most spending for college students this year will be on school-specific supplies—roughly $7.9 billion—for such items as textbooks and lab equipment. This is a 3.6% decline from 2018’s $8.2 billion.

Computers and hardware, making up the second-largest category for college student back-to-school spending, is forecast to be $6.1 billion—a 38.6% gain from 2018’s $4.4 billion.

A smaller slice of college-student spending—for things like dorm and apartment furniture—are projected to be $3.1 billion, up slightly from 2018’s $3.5 billion.

Sides said growth in technology spending for school-age students was the most surprising aspect of the survey.

While the elementary-to-high-school set is forecast to see an overall 3% increase in total tech spending to $6.7 billion from $6.5 billion in 2018, there is a projected decline in computer and hardware purchases, and an increase in tech gadgets. An estimated 16.2% less will be spent on computers and hardware, or $3.1 billion in contrast to last year’s $3.7 billion. Gadget spending is estimated to increase 28.57% to $3.6 billion, compared to 2018’s $2.8 billion.

“The question is, why are we seeing a shift?” away from computer and hardware back-to-school sales, asks Sides. “I think a lot of it is because a lot of schools use the cloud and cloud computing to save documents and those kinds of things, so I think the need for the hard drive may have started to diminish.”

For technology, the report focused on two categories: computers and hardware, and electronic gadgets. Online-only retailers made the biggest gains, claiming 25% of consumers and 23% said they planned to shop for a new gadget on the web.

“We asked a question about digital substitution: “Are you buying less school supplies because the impact of digital and the fact that so much is going toward computers, etcetera,” Sides said. “About one in three said yes.”

The Deloitte report shows that 90% of shoppers start their back-to-school hauls during late July and early August, and two-thirds of the season’s revenue is made during that period. Shoppers for school-age kids are expected to spend an average of $467 per child, reporting roughly $50 in savings per child.

That high-spending period starts around July 15 and July 16, which coincides with Amazon Prime Day. This year, 250 retailers will compete against Amazon by offering deals of their own, making the day into a bona fide shopping holiday. However, Sides said these weeks have historically been the biggest for summer shopping, so not much has actually changed.

There are also geographic variations in back-to-school shopping. “In the Northeast, for example, a lot of the school systems don’t start until after Labor Day and so many of the purchases start in August there,” Sides said. And because “most retailers don’t have a regional advertising strategy,” he said some businesses miss promotional opportunities.

A 2017 NPD Group report supports the idea of back-to-school shopping being broken into several “mini-seasons” throughout the summer. The second week of July saw a sales spike online, likely because of Prime Day, while the first week of August showed a bump in brick-and-mortar sales, likely because of some state-and-local tax-free holidays. According to the report, the third mini-season happened after school started, when students likely wanted to update their closets based on what their classmates were wearing.

—The first animal-free ice cream, whipped up in a lab