Meet the Amazon Voice Designer Who Is the ‘Real Alexa’ 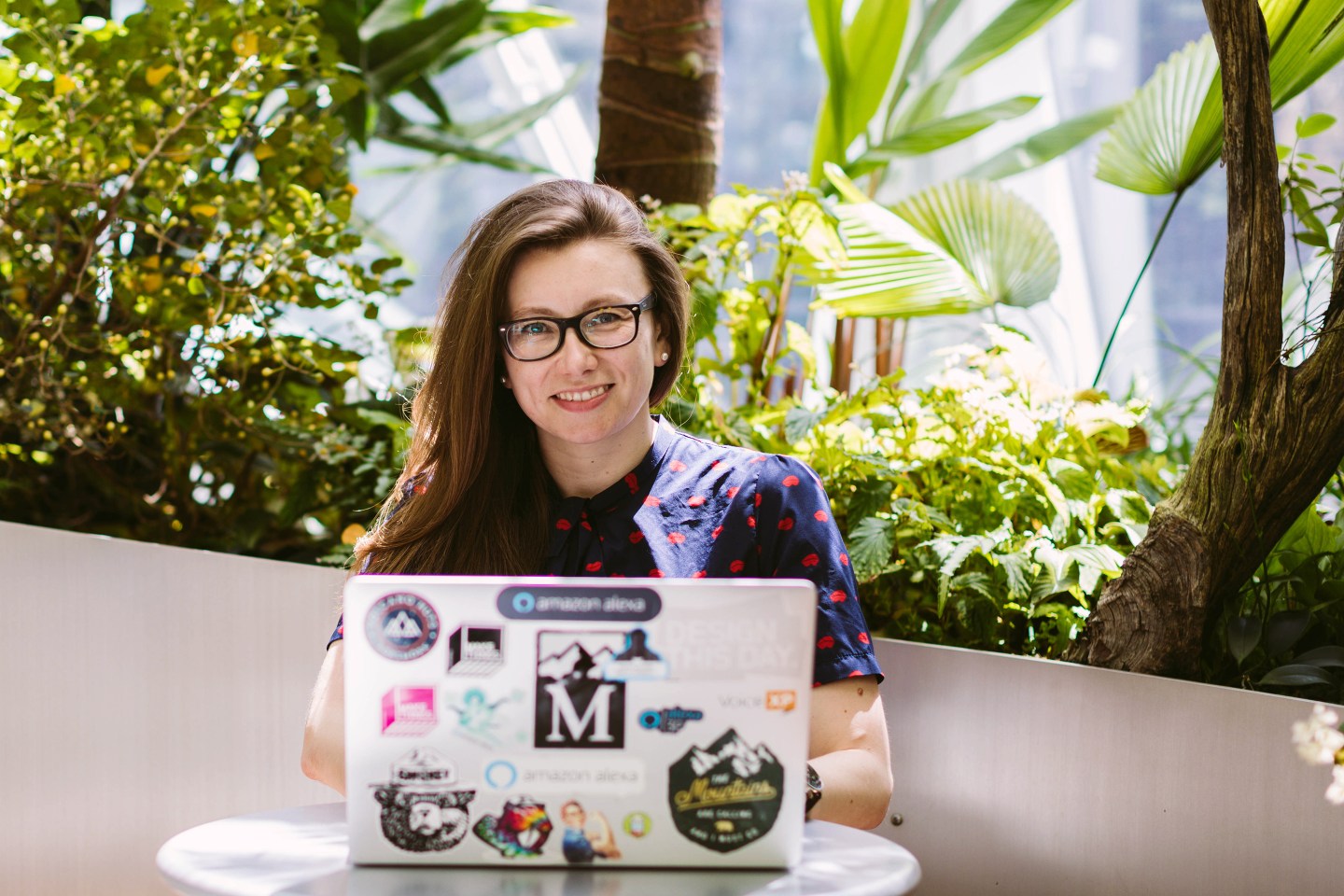 Before you say, “Hey Alexa,” say hello to Alison.

Alison Atwell, 31, sits at a unique perch in the dialog between humans and machines: She’s a Voice User Interface (VUI) Designer at Amazon, where she trains Alexa and guides the conversation between companies and the millions of people who talk to Alexa everyday. She’s also a member of Fortune‘s exclusive group of 40 Under 40 who are changing the face of business.

Unlike the work of a typical user-experience (UX) designer, Atwell explains, the creative process for teaching Alexa to talk is a different kind of interface. “It’s completely backwards—it’s voice design,” Atwell says. “The user is driving and we need to be reacting to that.”

Over the past year, Amazon’s developers have packed Alexa with more than 80,000 “skills” designed to help users do tasks as diverse as trading stocks and ordering groceries. Atwell has developed voice-assisted skills for companies as small as two-person startups, and for huge Fortune 500 companies like Disney and Best Buy. For example, if you’ve ever played Jeopardy! or Who Wants to Be a Millionaire? with Alexa, then you’ve experienced Atwell’s specially designed skills for Sony Entertainment’s trivia games.

“While I write a lot, you really have to hear and experience a conversation on Alexa to decide whether that’s the best way to converse with a user,” Atwell tells Fortune. “It’s so much different to write to be read than writing to be heard; you can’t design a good Alexa experience on paper.”

Rather than creating “magic words” that activate Alexa like a traditional phone menu, Atwell and her team create flowcharts and storyboards to anticipate what a user would say in each situation. “After we decide what someone wants to do with this assistant, then we decide what the conversation is like and how Alexa should be responding and what is the best way to solve that person’s problem.”

Before Atwell met Alexa, she took a “windy path” to becoming a UX designer. Although her job is immersed in the tech industry, Atwell traces her ability to write engaging dialogue back to her upbringing on the Little Pend Orielle nature preserve in northern Washington.

Not only did Alison have no Alexa to riff with for entertainment: Her family home on the nature refuge had no electricity. Instead of playing computer games like most 90’s kids, Atwell spent most of her time outdoors. She also developed a passion for writing—with pen and paper.

Her affinity for storytelling grew into a journalism career at a local newspaper where she developed an interest in designing front-page layouts. “I learned to serve others through my work as a journalist, and that sentiment has carried through my design career,” Atwell says.

After attending design school, Atwell worked with a variety of UX platforms, including as a contractor on early projects related to Alexa. When the opportunity arose to join the Alexa Skills team, she was eager to take it. “Alexa stuck with me and I found myself believing the future of human-machine interfaces was no interface at all,” Atwell says. Though she’s technically a millennial, Atwell generally prefers a low-tech lifestyle and tries to keep her home a nearly tech-free zone—save for at least one Amazon Echo to do her work. (She’s even gone for stretches without home internet, she reports.)

Amazon recently reported that by the end of 2018, customers had purchased more than 100 million Alexa enabled devices, where the voice-assistant is embedded in everything from headphones to cars.

“We’re really focusing on making business technology more natural to interact with,” Atwell says. “As a UX designer, I’ve worked on a lot of complex problems—my platforms have been everything from a watch to an airplane—and I’ve always thought in each of those scenarios, the best interface is as little to no interface as possible.”

This article is part of the 40 Under 40, our annual selection of the most influential young people in business. Click here to see the additional 2019 coverage of these disruptors, innovators, rebels, and artists.