How This NYU Grad Landed an Entry-Level Job at Google 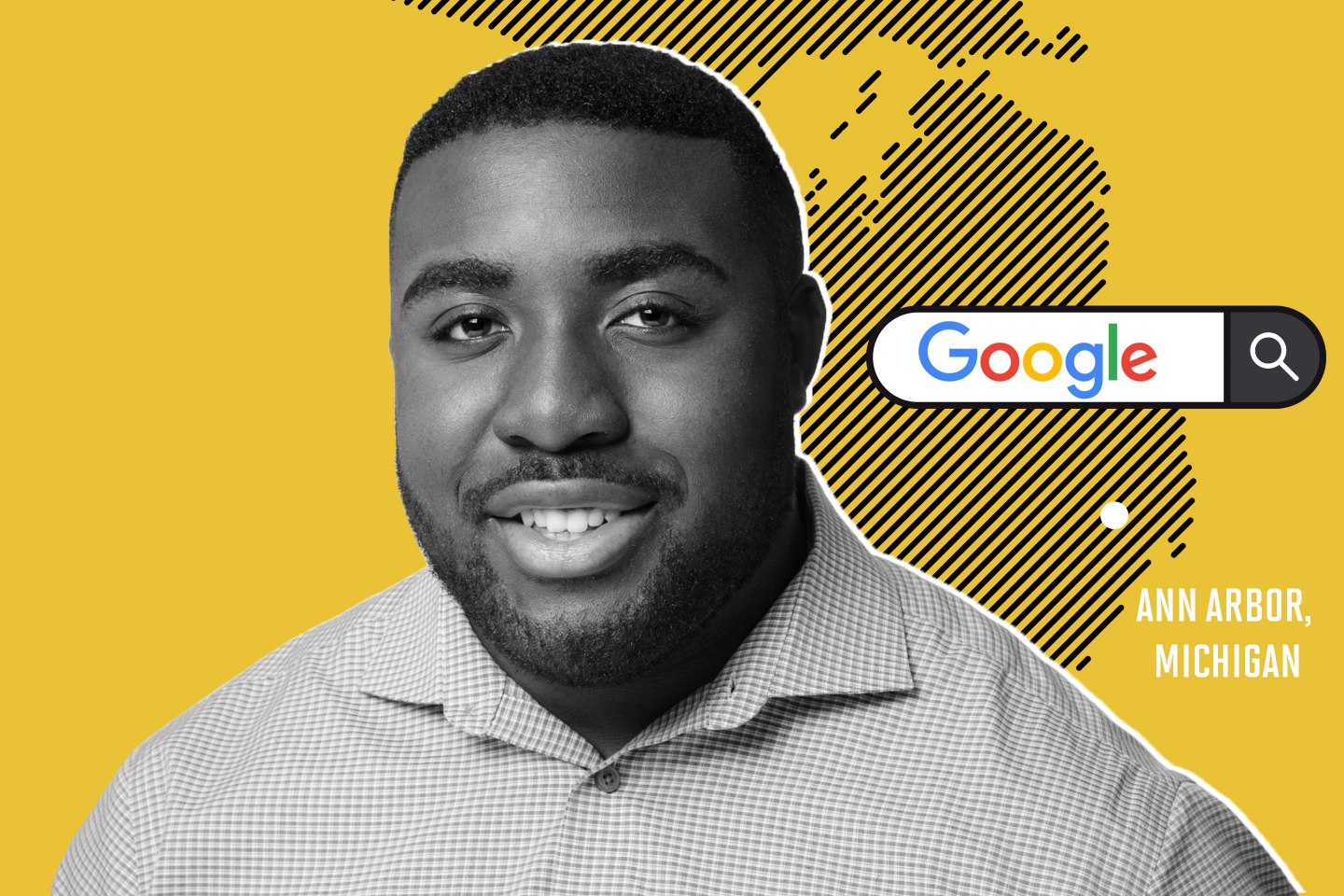 Fortune’s Entry/Level column is dedicated to people looking for and working in entry-level positions—read the full series here. We interview entry-levelers about their jobs, how they got them, what they want to do next, and more. The subject’s answers are edited for clarity.

Karl Gourgue is a 23-year-old graduate of New York University’s business school with concentrations in computing and data science. Gourgue was a consultant for a year at Capgemini after graduation, and was recruited by Google in October 2018. He hails from New Jersey and now lives in Ann Arbor, Michigan for his job as an associate account strategist at Google.

Here’s what Gourgue has to say about…

I help people advertise on Google to build their businesses. A lot of my job is being assigned to work with an account—people and companies that already advertise with us. You make contact with them, build a relationship, get a sense of their business goals. And then being able to say, based on what you’re telling me, these are the tools that I think are appropriate, these are the next steps that we can take. Sometimes it means introducing them to new forms of advertising, putting their ads in different places, things like that. But in general, it’s just tying our advertising tools to the business goals, and making it work.

On leaving his first job after a year:

One thing that I’ve noticed in a lot of people that I graduated with is a lot of people leave their first job within two years. You do a lot in college to get that first job and then it doesn’t always end up being right. But within a year or two, you can already sense that there could be better opportunities. I was looking to transition into more of a sales role from consulting, and Google happened to reach out at the perfect time.

I get in between 7:00 a.m and 7:30 a.m. Then I have five to eight scheduled calls a day, which are half an hour to an hour long. The rest of the day would be reaching out to people and getting more educated on the best tools and practices. Then I leave between 5:00 p.m. and 6:00 p.m.

The best thing about his job:

My favorite thing is working with a variety of different businesses. It’s extremely, extremely varied. Some companies are on a bigger scale; they’re poised to do some really cool things. Then there are other companies you’ve had no reason to ever even research. But I think the cool part is the challenge. Thinking your way out of [a problem] and coming up with something that makes sense for them and makes sense for you, and just being able to see that through is very satisfying.

The hardest part of his job:

Adapting to change. Like other big tech companies, Google changes all the time. I’ve only been here four or five months, but in that time they’ve already changed our main customer relationship management system and moved a bunch of our tools around. And I just moved my desk for the third time. We went from Google Marketing Solutions to Google Customer Solutions this quarter. It’s a lot of different things changing all the time, and a lot of your success is based on your ability to roll with it.

I’m comfortable. The salary is fine, but the real money is made via the bonuses, or the equity that you get as a result of your performance. That has a much bigger effect on your net worth at the end of the day. And I haven’t been here long enough to receive big equity. I’m comfortable where I am, but there’s potential to make a lot more down the line.

There’s a big culture of openness. Everybody’s calendar is public by default. That means being able to look at my teammates’ calendars and see they have a scheduled call with a certain company, maybe I can go sit in. Or this other person is going to this training, maybe it would be good for me to go to it as well. It helps make sure that the knowledge that you have is shared by everyone on your team and everyone else.

I really like being able to try things before they’re released to the public. I get to test out new features on Google Maps and stuff. I’m big into tech, so it’s always really fun to be able to see what our teams are working on, even when like they’re not working fully yet. And I love the free massages.

I have several. I have one in this office, one in Chicago, and one in Seattle. One is company imposed, two I sought out through other programs. One has been in this role for at least a few quarters, that’s there to help adjust to the role itself. One is a Black Googler Network mentor, and she’s more about adjusting to Google overall. And the one in Seattle is more about my career overall [outside of Google] and what steps I want to take in the future. Being able to go to someone who’s seen it all before, who can just like really quickly tell you what to do is pretty helpful.

I have one roommate who graduated from Michigan [University] recently. It’s a two bedroom apartment, downtown-ish. I pay $800 a month, but I think for where I live it’s kind of cheap. A lot of people [around me] pay like $1,200 to $1,500. Ann Arbor’s kind of expensive overall.

Making friends in a new city:

People at work are really friendly and into hanging out. Outside of that, it’s just been getting out, going to different events, hearing about things and going to them, just being friendly and social.

Relocation to me was like one suitcase. So I didn’t really need a lot of help. I ended up cashing out my relocation stipend. And they offered to help me find a place but I found it on my own.

On the sales team, we have first and third Fridays of the month as Flex Fridays, so you can work from anywhere. Some managers are more lenient about it, some managers are stricter.

Where he saw himself after college:

It changed constantly. I wanted to be an actuary. Then I wanted to go into education to become a superintendent, which is why I was working at schools and why I did Teach for America. But then I realized I didn’t really like working with kids that much. Then I was more interested in marketing in general, and then I fell out of marketing and wanted to do product management. From product management, I wanted to stay in the tech realm. I wanted to find something that was more like on the border between business and tech. Even now in a sales role, I still feel like I’m just kind of sitting on the border between businesses that I work with and all this artificial intelligence. So I saw myself at a tech company but what role I would take changed.

I ignore it. Every step of the way, there are always reasons to doubt yourself. One thing I’ve learned is you’re where you are for a reason.

Google is really good because there’s no reason to leave. Any good job that you might want is definitely available here and there’s a lot of resources. It’s just a good company to work at. In terms of where next, it’s still incredibly unclear. I could stay in sales but go to a different part of the company, or go into a more tech-focused role on one of our specific products like YouTube. Most people stay in my role for one to three years before moving on.

I want to continue doing what I’m doing now, which is to sit on the border of business and technology. Automation has really transformed a lot of industries. I feel like a lot of jobs are going away. One of the valuable things right now is being able to take what is like incredibly complex and make it applicable and valuable to other people.

Advice to his 18-year-old self:

You don’t have to take the traditional path. It’s okay to like just keep taking steps forward as is appropriate. Pick up valuable skills along the way. Then figure out where that leads you.