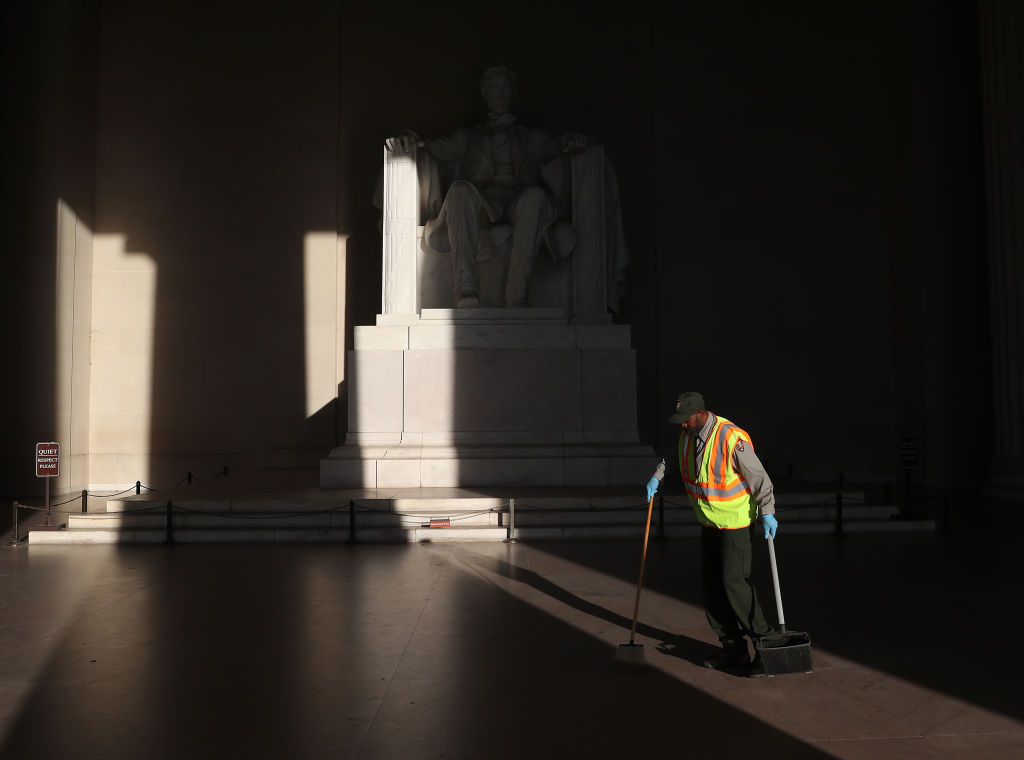 WASHINGTON, DC - JULY 02: National Park Service worker Corey Felder picks up trash inside of the Lincoln Memorial ahead of Thursdays July 4th Salute to America celebration, on July 2, 2019 in Washington, DC. President Trump will deliver a speech at the memorial and has asked the Pentagon for military hardware to be on hand including tanks, and flyovers by military aircraft. (Photo by Mark Wilson/Getty Images)
Mark Wilson—Getty Images

President Donald Trump is finally getting the military parade of his dreams—but it’s going to cost us.

The Independence Day celebration is scheduled for Thursday on the National Mall in Washington, D.C., and will include tanks and a military flyover, as well as an elaborate fireworks display. But to pay for these unconventional additions to the celebration, the National Park Service is reportedly diverting close to $2.5 million in entrance and recreation fees that would otherwise be used to improve the parks system across the U.S.

The transfer of Park Service funds was first reported by The Washington Post, which noted that these fees are “just a fraction of the extra costs the government faces as a result of the event.” Typical celebrations for the Fourth of July total $2 million.

It is unclear how much of the burden will fall on taxpayers to cover the costs. For his part, Trump argued on Twitter that it was an insignificant figure.

“The cost of our great Salute to America tomorrow will be very little compared to what it is worth,” he wrote. “We own the planes, we have the pilots, the airport is right next door (Andrews), all we need is the fuel. We own the tanks and all. Fireworks are donated by two of the greats. Nice!”

But the flyovers alone costs tens of thousands of dollars an hour. Reagan National Airport will also be temporarily shut down between 6:15 p.m. and 7:45 p.m. and from 9 p.m. to 9:45 p.m. on Thursday for these flyovers and the fireworks display.

The display of military hardware has reportedly grown to include at least two tanks, two fighting vehicles, and a recovery vehicle. And the flyover is due to include an Air Force One jet, as well as an F-35 jet, a Marine Helicopter, a B-2 stealth bomber, F-22 Raptor fighter jets, and an appearance by the Blue Angels.

The cost of transporting much of this military equipment, fuel, construction, and additional security likely brings the total bill into the millions.