Why Hong Kong Is Protesting —And May Do So Again 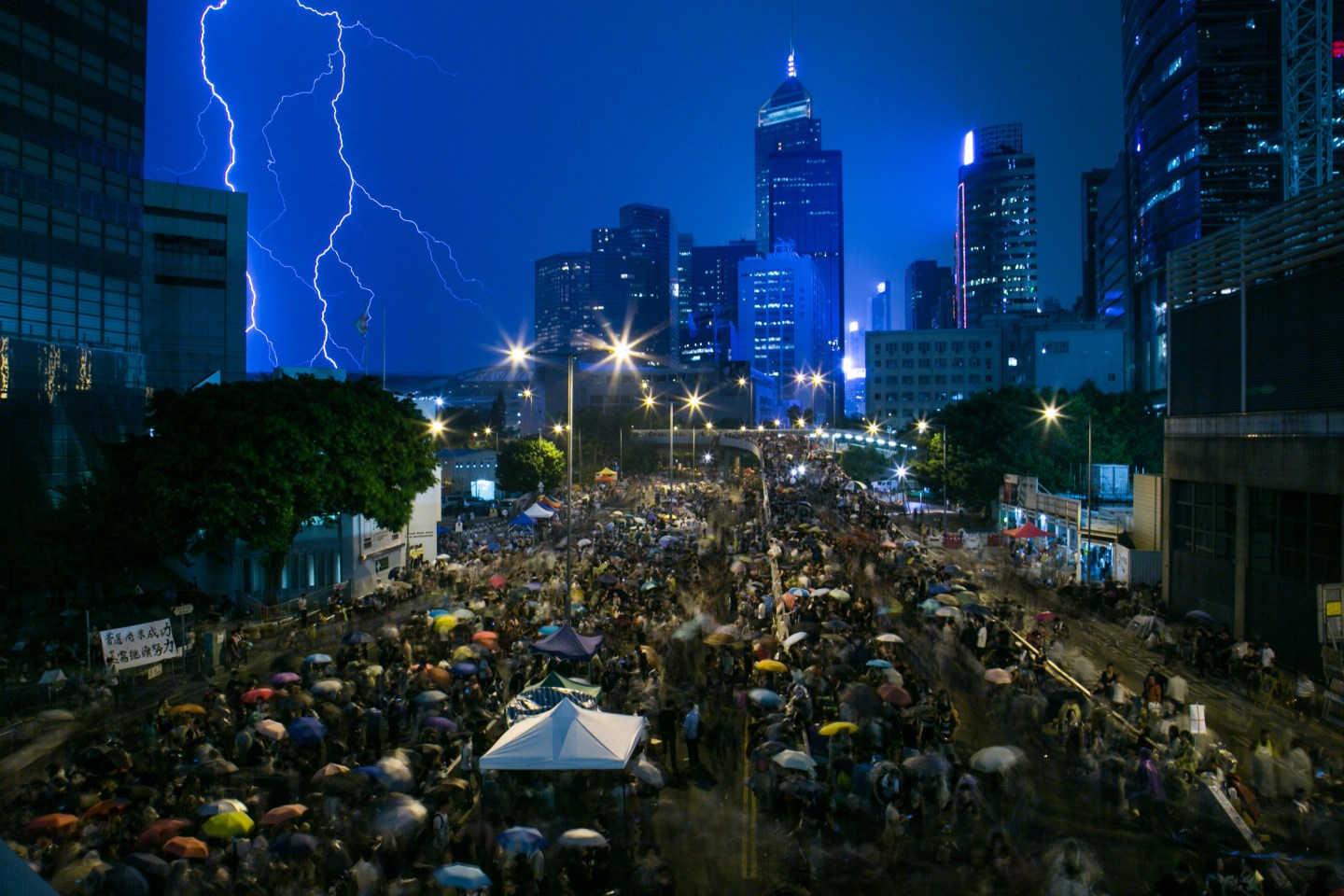 As China seeks to assert greater control over Hong Kong, the city regularly displays its penchant for protest. Recent demonstrations forced the local government to suspend consideration of a bill that would have allowed extraditions to the mainland for the first time. Chinese President Xi Jinping, on a visit to Hong Kong in 2017, warned that challenges to Beijing’s rule wouldn’t be tolerated. But as China moves to strengthen its bond with the city of 7.5 million people, the extradition law is just one of several potential flash points.

Yes, but it’s a semi-autonomous region. The city was an outpost of the British Empire for 156 years, during which time it developed into a global business hub. In a 1984 joint declaration, the British agreed to give the city back in 1997, at the end of a 99-year lease on much of the land, and China promised to allow a “high degree of autonomy” for 50 years, including guarantees of free speech, capitalist markets and English common law under a “one country, two systems” arrangement.

2. What is the extradition law?

The “Fugitive Offenders and Mutual Legal Assistance in Criminal Matters Legislation (Amendment) Bill 2019” — proposed by Hong Kong’s government in February — covers mainland China and other jurisdictions that don’t have extradition agreements with Hong Kong. It was sparked by the case of a Hong Kong man who was accused of murdering his girlfriend in Taiwan, but couldn’t be sent back for trial there because there’s no legal framework. The Hong Kong government says the proposed law would ensure the city doesn’t become a haven for suspected criminals.

Opponents say the law could open the door for anyone — including political dissidents or civil rights activists — who runs afoul of the Chinese government to be arrested on trumped-up charges in Hong Kong and sent to the mainland, where they would face what the U.S. State Department called China’s “capricious legal system.” The law would apply to Hong Kong citizens, foreign residents and even people passing through on business or as tourists. Critics noted the draft bill assigned to the city’s chief executive — chosen by a committee stacked with Beijing supporters — the leading role in handling extradition requests; currently the legislature can block extraditions. The government says it amended the bill to protect human rights and ensure suspects aren’t extradited for political offenses.

The proposed bill was the latest in a series of moves by China under Xi that are viewed as chipping away at Hong Kong’s autonomy, including barring some activists from seeking elected office, prosecuting protest leaders and banning a pro-independence political party. The U.S. has suggested that the continued erosion of autonomy could jeopardize Hong Kong’s special status, under which the Americans agree to treat Hong Kong as distinct from China for trade and economic matters.

5. How did Hong Kong’s government respond to the protests?

Chief Executive Carrie Lam, the city’s highest official, suspended action on the extradition bill on June 15, following protests that brought hundreds of thousands of people to the streets and saw police use pepper spray, rubber bullets and tear gas. Big crowds turned out repeatedly on following days to demand the bill’s complete withdrawal, and Lam’s resignation. Lam apologized for her handling of the bill and said it was unlikely that lawmakers would seek its passage this year.

6. What are some other potential flash points?

Hong Kong is required to enact national security legislation to prohibit subversion against China and activity by foreign political bodies. The last time it tried to bring in such a law, in 2003, half a million people poured onto the streets and the bill was abandoned. Lam has said she wants to create a “favorable social environment” before reintroducing it. Hong Kong is also considering legislation to make disrespecting the Chinese national anthem a crime, with prison sentences of as long as three years. And there were protests last year after Lam outlined a project to build artificial islands between Hong Kong island and the Lantau to the west. Detractors object to the estimated $80 billion cost and the environmental impact. The islands would help accommodate a continuing influx of mainland Chinese, whom many Hong Kong residents blame for rising property prices and overcrowded public hospitals.

7. Have protests worked before?

The 2003 demonstration that succeeded in scrapping the national security proposal also contributed to the resignation of then-Chief Executive Tung Chee-hwa. Nine years later, mass gatherings led by high school students pressured the government to reconsider a history curriculum lauding China’s ruling Communist Party. But the pro-democracy movement fractured after the government successfully faced down student-led demonstrators who occupied city streets for 79 days in 2014, refusing to yield to demands for direct, popular elections for the chief executive.

China’s foreign ministry warned against foreign interference in the extradition law protests. An official Chinese newspaper, the China Daily, wrote in an editorial that closing the extradition loophole would strengthen the rule of law in Hong Kong, adding that “foreign forces are seizing the opportunity to advance their own strategy to hurt China by trying to create havoc in Hong Kong.” On his 2017 visit, Xi said any attempts to challenge the Chinese government “or use Hong Kong to carry out infiltration and sabotage activities against the mainland is an act that crosses the red line, and is absolutely impermissible.”

–With assistance from Karen Leigh.