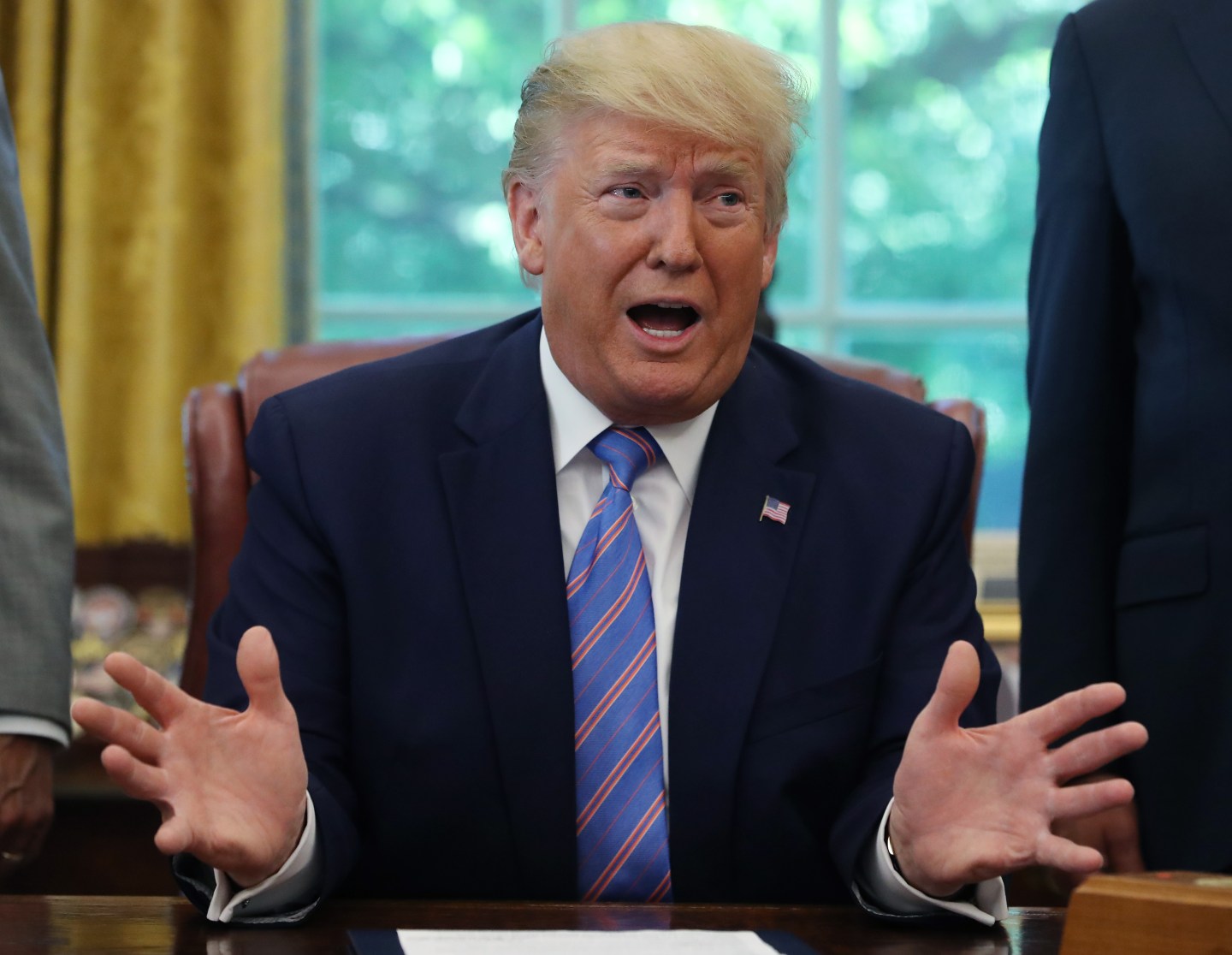 A series of Facebook video ads for President Donald Trump’s re-election campaign shows what appears to be a young woman strolling on a beach in Florida, a Hispanic man on a city street in Texas and a bearded hipster in a coffee shop in Washington, D.C., all making glowing, voice-over endorsements of the president.

“I could not ask for a better president,” intones the voice during slow-motion footage of the smiling blonde called “Tracey from Florida.” A man labeled on another video as “AJ from Texas”stares into the camera as a voice says, “Although I am a lifelong Democrat, I sincerely believe that a nation must secure its borders.”

There’s just one problem: The people in the videos that ran in the past few months are all actually models in stock video footage produced far from the U.S. in France, Brazil and Turkey, and available to anyone online for a fee.

Though the 20-second videos include tiny disclaimers that say “actual testimonial, actor portrayal,” they raise the question why a campaign that can fill arenas with supporters would have to buy stock footage of models. It’s a practice that, under different circumstances, Trump himself would likely blast as “fake news.”

Trump campaign officials declined repeated requests for comment on Tuesday. Political experts say that, while it’s not unusual for stock footage to find its way into ads, a presidential campaign should have been more careful.

“As a producer, you want to control — you want people to look a certain way and you want them to sound a certain way,” said Jay Newell, a former cable TV executive who teaches advertising at Iowa State University. “The fact that the footage is from outside the U.S. makes it that much more embarrassing.”

There are plenty examples of such gaffes. In the last presidential primaries, Republican Sen. Marco Rubio ran an ad titled “Morning in America” with shots from Canada. A super PAC supporting former Florida Gov. Jeb Bush put ads on TV with video reportedly from the English countryside and workers from Southeast Asia.

Trump himself has used video from abroad before. His 2016 TV ad vowing to build a wall to keep out immigrants from Mexico showed people streaming across the border — but the shots of refugees were taken in Morocco.

The existence of the stock footage in this series of Trump ads, reported last week by Judd Legum for his website Popular Information , underscores an increasingly aggressive, targeted approach by the Trump campaign to reach out to voters on Facebook.

The Trump Make America Great Again Committee, which was behind the testimonial videos, is by far the biggest spender on political Facebook advertising, shelling out more than $2.7 million on 27,735 ads in the last 90 days alone, according to the social network’s running database of campaign ad spending. That’s in addition to the more than $1 million spent on more than 14,500 ads in the same period by Donald J. Trump for President Inc.

Trump’s campaign gets to such totals by running the same ads numerous times, all at slightly different audiences.

“Thomas from Washington,” featuring the bearded young man behind a coffee shop counter, appeared aimed at evangelicals, with the voice-over quote saying the president and his family are “in our prayers for strength and wisdom from God almighty.” ”AJ from Texas” seemed focused on Hispanic men. And “Tracey in Florida” was aimed specifically at a demographic in which Trump is historically weak — young women.

All are models for Turkish, Brazilian and French companies, respectively, that supply hundreds of photos and video to the popular site iStock run by Getty Images, which caters to publications, filmmakers and advertisers looking for professional, inexpensive imagery.

According to the site, licenses for the video clips used in the Trump ads can be had for as little as $170.

The blonde on the beach appears to be particularly prolific. Her photos and videos from the French company Tuto Photos in Roubaix, France, show her twirling in a wedding gown, walking spaniels in a meadow, getting her teeth checked at the dentist and working in a warehouse.

And the star of iStock’s “Bearded and tattooed hipster coffee shop owner posing” — also known as Trump’s “Thomas from Washington” — is a fixture on the videos and photos contributed by the company GM Stock out of Izmir, Turkey. His unmistakable beard and tats can be seen on the image site strolling with a woman on the beach, sitting by a campfire and pumping iron in the gym.

So what do these models think of being held up as model Trump supporters?

That’s not clear because none of the companies they’ve posed for would give a detailed comment to The Associated Press. A spokeswoman for Getty Images would not identify the models, citing privacy concerns.

Fred Davis, a campaign consultant who’s produced ads for George W. Bush and other Republican presidential candidates, said the Trump campaign’s use of such footage is not surprising, given the volume of political ads on the internet these days.

“Whoever did this is probably 22 years old, and they’re going through pictures and thought, ‘This is a great picture,'” Davis said.