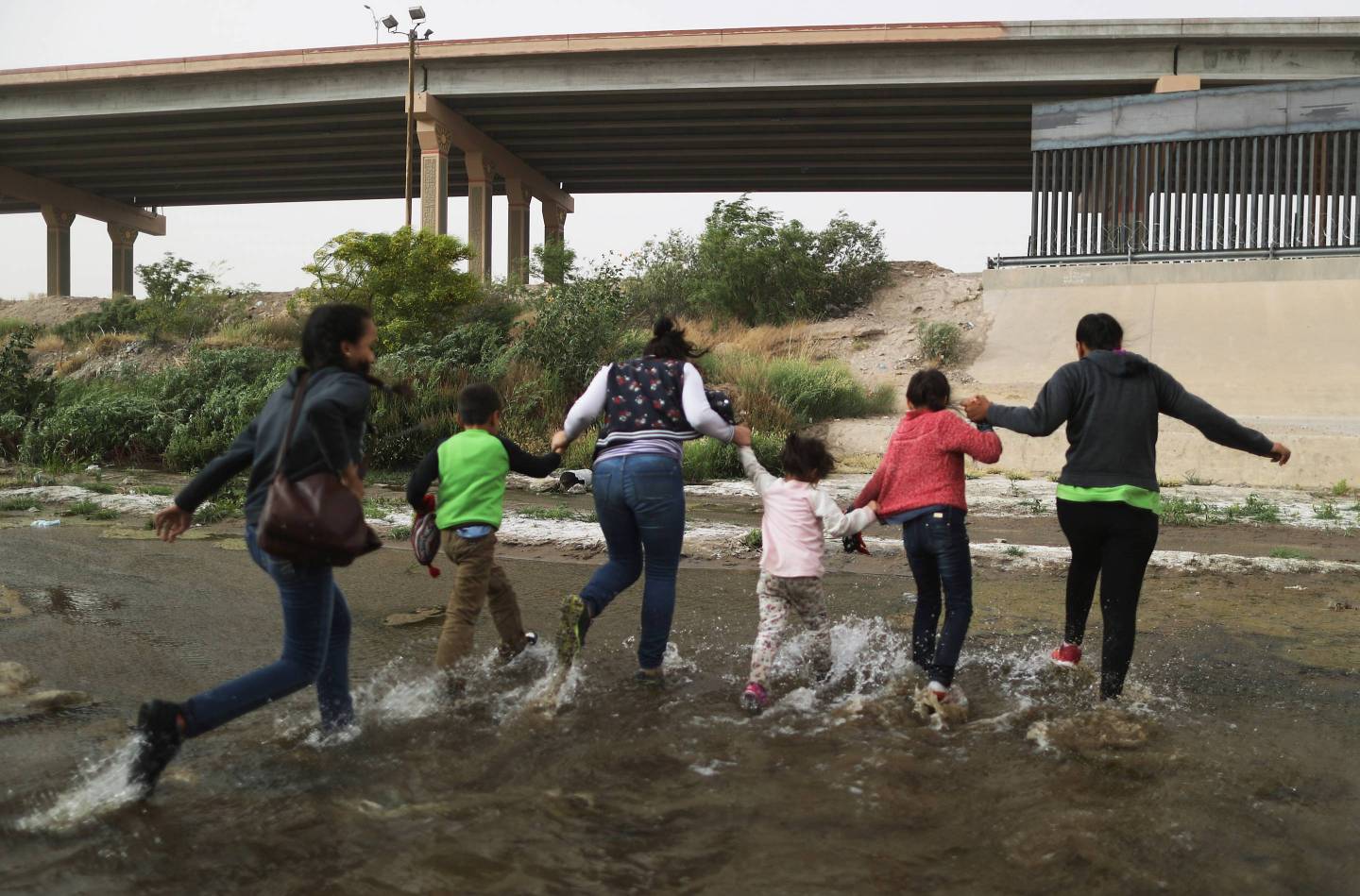 CIUDAD JUAREZ, MEXICO - MAY 20: Migrants cross the border between the U.S. and Mexico at the Rio Grande river, as they enter El Paso, Texas, on May 20, 2019 as taken from Ciudad Juarez, Mexico. The location is in an area where migrants frequently turn themselves in and ask for asylum in the U.S. after crossing the border. Approximately 1,000 migrants per day are being released by authorities in the El Paso sector of the U.S.-Mexico border amidst a surge in asylum seekers arriving at the Southern border. (Photo by Mario Tama/Getty Images)
Mario Tama—Getty Images

Property is being assessed in and around Atlanta; Phoenix; Dallas; Houston; and San Antonio, Texas, Department of Health and Human Services spokesman Mark Weber said.

Properties that can hold up to 500 children are being requested in bidding documents. Buildings must have up to 100,800 square feet (9,400 square meters) of space and the properties must include about 2 acres (0.8 hectares) for outdoor recreation.

Existing migrant detention facilities, especially those housing minors, have become a flashpoint in the 2020 presidential race. Several Democratic candidates last week visited a sprawling child migrant detention center in south Florida while they were in the state for the first round of their party’s debates.

Lawmakers and migrant advocates have issued scathing criticism about how the teens are treated, saying the center is more like a prison than a “shelter,” the term preferred by the facility’s operator and the government. They also said they witnessed deplorable conditions at migrant facilities in Texas. Protests have sprung up around the country with demonstrators demanding that the centers be shut down.

Proposals for the new sites in Georgia, Texas and Arizona are for long-term facilities. Federal officials are seeking 20-year leases for most of the sites, a sign that acrimony surrounding immigration policies could continue for years.

It’s troublesome that the government “is looking for permanent, long-term structures like this, given its track record on abuses and child neglect that we have seen nationally,” said Jerry Gonzalez, executive director of the Georgia Association of Latino Elected Officials.

“Clearly the abuses that we have seen should not be tolerated and I don’t think that this administration is capable of administrating a program in a humane way,” Gonzalez said. “Other nations around the world have done better by those seeking refuge, and this nation certainly is not doing enough to respect human rights norms.”

Gonzalez anticipates there could be protests in Georgia as plans for the facility proceed.

“The search for and addition of permanent licensed facilities is being pursued to reduce the potential need for temporary influx shelters in the future,” Weber said.

The plan for the Georgia facility calls for 125 bedrooms, with each of them housing up to four children. About 167 employees would work there, and there would be a counselor’s office for every 12 children. Food would be provided in three shifts for each meal in a 2,000-square-foot (610-square-meter ) dining room, documents show.

Government officials are requesting proposals from a specific region in Georgia that’s generally south and west of the city. That area is accessible to Atlanta’s airport and Interstate 20, a route that connects the state with Texas and western states.