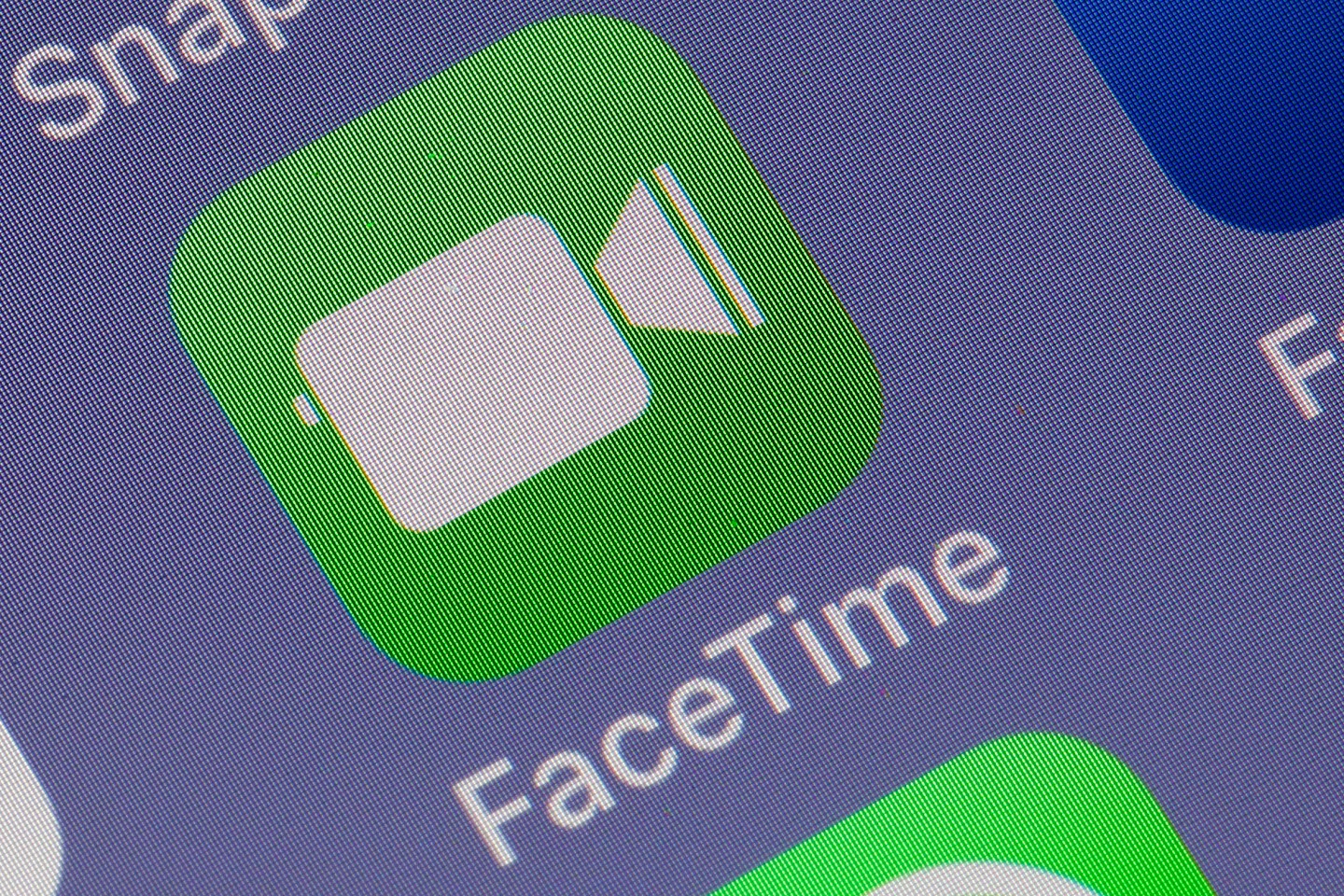 PARIS, FRANCE - JANUARY 29: In this photo illustration, the FaceTime application logo is displayed on the screen of an Apple iPhone on January 29, 2019 in Paris, France. An important security vulnerability has been discovered on FaceTime, the video conferencing application developed by Apple. Applying video or audio calls allows the user to hear, and even see, his correspondent on an iPhone even before he has dropped out, raising concerns about data privacy. (Photo by Chesnot/Getty Images)
Chesnot/Getty Images

iOS 13 beta 3 was released to developer iPhones on Tuesday, and with it came some welcome changes to Apple’s next operating system. Most notably, Apple’s new FaceTime Attention Correction feature was revealed, artificially changing where users appear to be looking during a video call. With the new setting enabled, users look like as if they are staring at the other person—or directly into the camera—instead of looking down at the phone’s screen.

Turning on FaceTime Attention Correction is easy in iOS 13 beta 3, with a simple toggle in the Settings section under FaceTime, notes one developer on Reddit. Switch it on, and those you call using Apple’s video chat software will see you as looking at them and not your device.

Some who have downloaded iOS 13 beta 3 for developers have started to dissect how it actually works. Dave Schukin, co-founder of Observant AI, says the software uses Apple’s augmented reality toolkit, or ARKit, to detect your face and then adjust the areas around one’s eyes. Putting something in front of a user’s face shows the software slightly bending the area around the eyes.

FaceTime’s new feature may not rely on being able to see a user’s pupils. Even if a user is wearing sunglasses, FaceTime Attention Correction still warps the image around where one’s eyes would be—as seen here.

Surprisingly, the software trick is only available on Apple’s latest handsets: the iPhone XS, XS Max and XR. iOS 13 beta 3 users on the iPhone X or other older devices are currently closed off from the feature. Even though iOS 13 is expected to support iPhone 6S, 6S Plus and later, the latest iOS 13 beta 3 is not available for iPhone 7 and 7 Plus.

FaceTime Attention Correction is one of many new features Apple is testing with the release of iOS 13, introduced to the world in June at their developer conference. Both developers and eager fans can access Apple’s public beta, offering goodies like iOS 13’s dark mode, new photo-sorting features and updates to Siri. Those interested in protecting their privacy can make use of the new software’s Sign In With Apple, block unknown callers and more granular location sharing limitations as well, all available in the public beta.

The even more exclusive developer beta, however, offers access to iOS 13 beta 3—which included the FaceTime Attention Correction. In addition, those with the developer beta can expect faster loading apps. The new beta also offers hints at a new way to potentially data from one iPhone to another via a cable, reports 9to5Mac. This, presumably, could be used as a migration tool, to transfer all of one’s iPhone data to another device.

But users interested in iOS 13 beta 3 should proceed with caution when installing the software. The update contains some bugs, some of which Apple discloses in its software release notes. If you can hold off on the FaceTime Attention Correction feature for just a couple more months, iOS 13 is expected to release later this year in the fall.

—As workplace burnout gets more attention, could more tech be the answer?

—Listen to our new audio briefing, Fortune 500 DailyCatch up with Data Sheet, Fortune‘s daily digest on the business of tech.